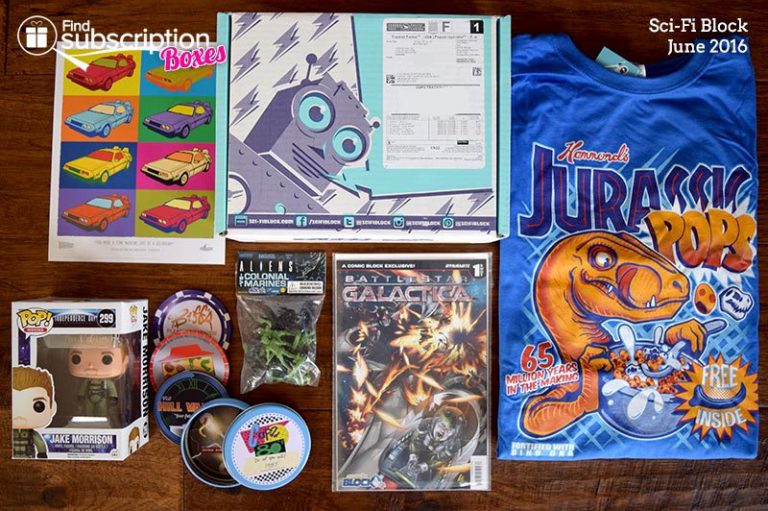 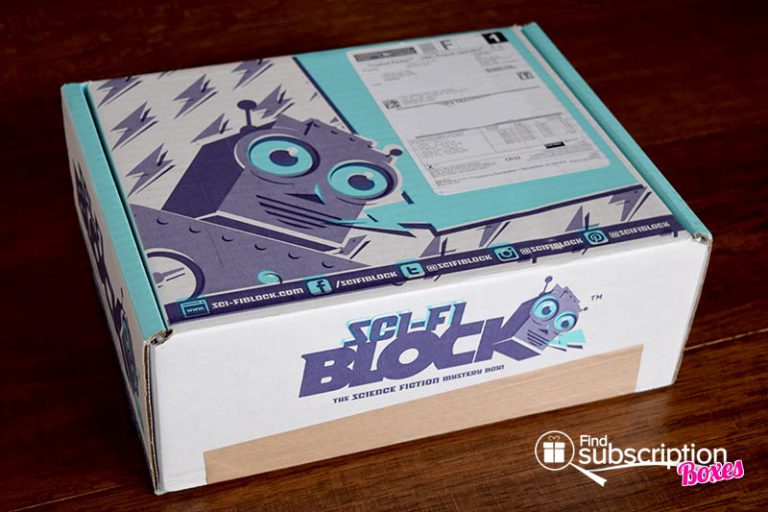 Sci-Fi Block includes a colorful product card that has the information about the science fiction collectibles in that month’s box. 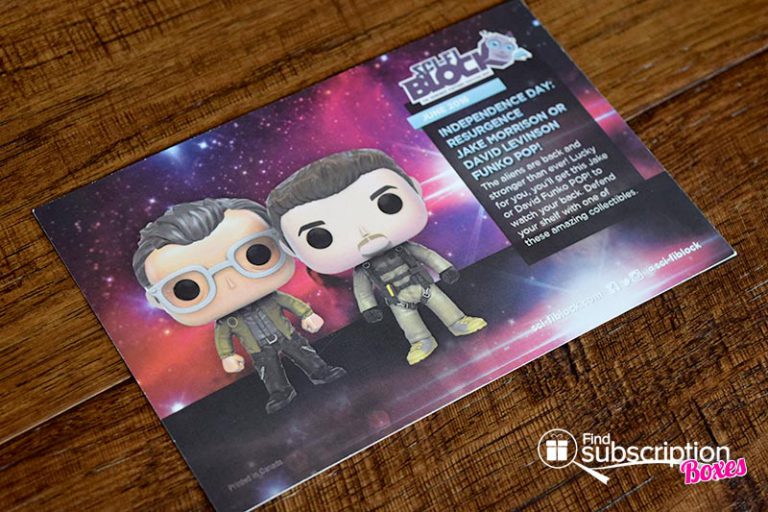 Here’s a first look inside our June Sci-Fi Block. 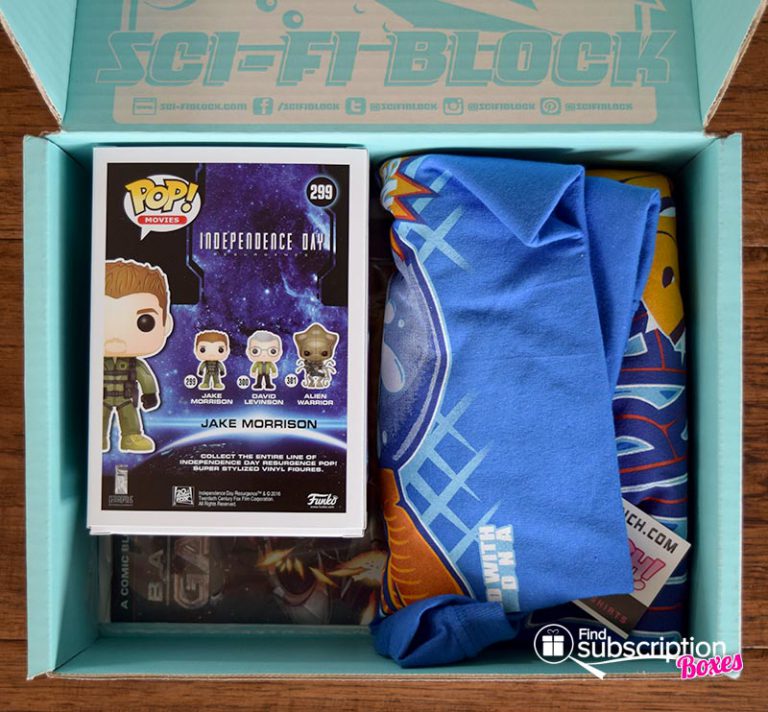 There were 6 sci-fi items in our Sci-Fi Block July 2016 monthly sci-fi box.

June’s Sci-Fi Block was loaded with exclusives and collectibles from a variety of classic and current pop culture sci-fi films and shows. Who isn’t a fan of Marty and the time-traveling Delorean? The BTTF coasters have fun Back to the Future designs that span the decades and will protect your table from water rings. As an additional piece of art, The Delorean print features a bright retro design that will brighten up even the gloomiest wall or garage.

Jurassic Park fans will love June’s sci-fi t-shirt. The Jurassic Pops t-shirt is one of our favorite nerdy/geek t-shirts thus far. The colorful shirt features a Velociraptor chowing down on his favorite Jurassic Pops breakfast cereal.

Next, Sci-Fi Block took us into outer space! The Battlestar Galactica comic has exclusive variant cover and is a great fun adventure for sci-fi fans.. Both young and older sci-fi nerds can re-create their favorite battles with an EXCLUSIVE bag of aliens and colonial marines army men. Finally, you can celebrate Independence Day and the day we beat the aliens (again) with this Funko Pop! vinyl figure from Independence Day: Resurgence.

What was your favorite June Sci-Fi Block nerd collectible?