It’s Over 9000… Levels of Awesome! Whether facing your mortal enemy, taking down an entire Student Council or destroying an Empire, you need the right gear—and we’re here to EQUIP you with the right tools for the job.

Stay fit, focused and fierce with an epic item from Dragonball Z and EXCLUSIVE items from Kill la Kill and Akame Ga Kill- including an EXCLUSIVE shirt, collectibles and more!

Which Loot Anime January 2016 Equip Crate spoiler are you most excited to receive? 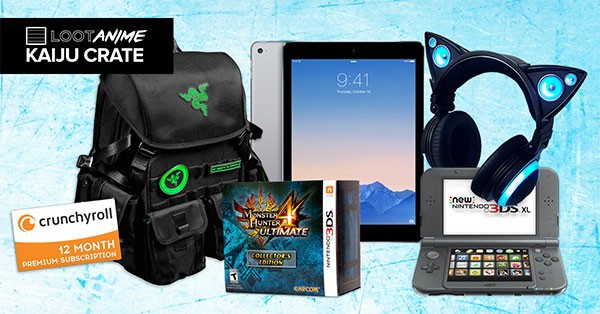