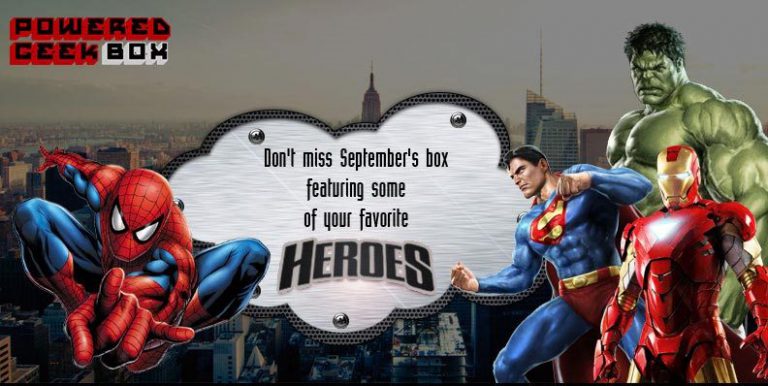 Whether it’s up in the sky, or below in the batcave, you’ll find a hero surveying his city for threats. These heroes put their lives on the line daily to save civilians. Metropolis, Gotham, New York City, and you sleep a little more soundly at night knowing the bad guys are put away. We all need a HERO in our life or the world, as we know it, would cease to exist.

With this month’s theme reveal Powered Geek Box has also shared a few hints for the September geek collectibles. Based off the theme description, we thing this month’s geek box will feature geek goodies from Superman, Batman, Spiderman and Marvel’s The Avengers.

Are you excited about the Powered Geek Box Heroes theme?