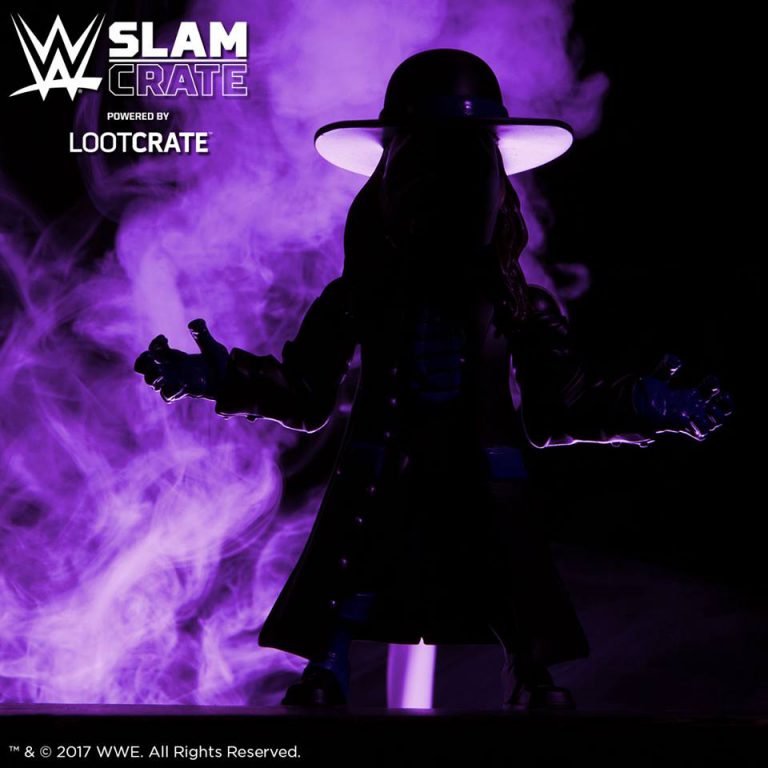 Whether in the ring, on the ropes or in the sky, there are some Superstars that aren’t afraid to go to EXTREMES to accomplish their goals. We salute these hardcore individuals with EXCLUSIVE items featuring legends The Hardy Boyz, Undertaker and Rowdy Roddy Piper.

The Superstars of the ring don’t fear risk. They wrap it in a gogoplata hold ’til it begs for mercy. So we’re honoring their EXTREME ways with this crate full of piledriving gear, including an articulated figure of The Deadman himself!

Are you excited for the Extremes WWE Slam Crate August 2017 crate?