There’s no place we can’t be since we found SERENITY!

Are you excited for the “Serenity” November Firefly Cargo Crate #005? 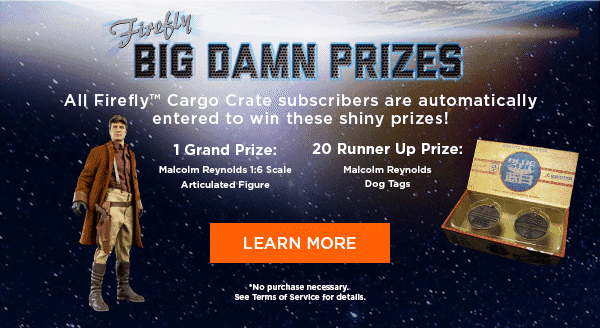