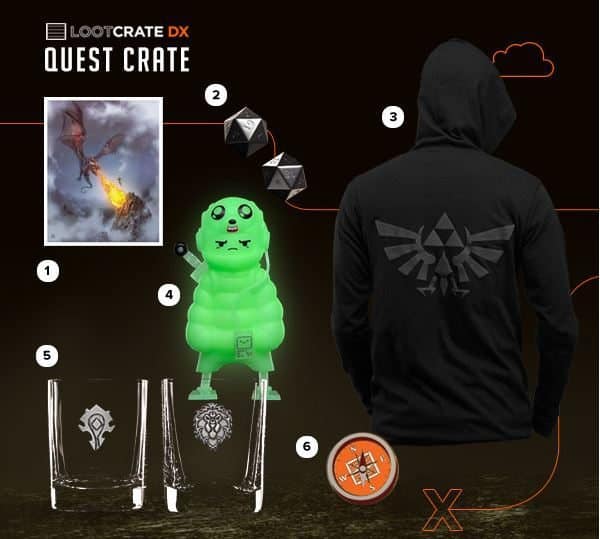 There were 6 EXCLUSIVE items in the Loot Crate DX April Crate.

What was your favorite April Quest Loot Crate DX collectible?

The May 2016 Loot Crate DX theme has been announced! See what it is.