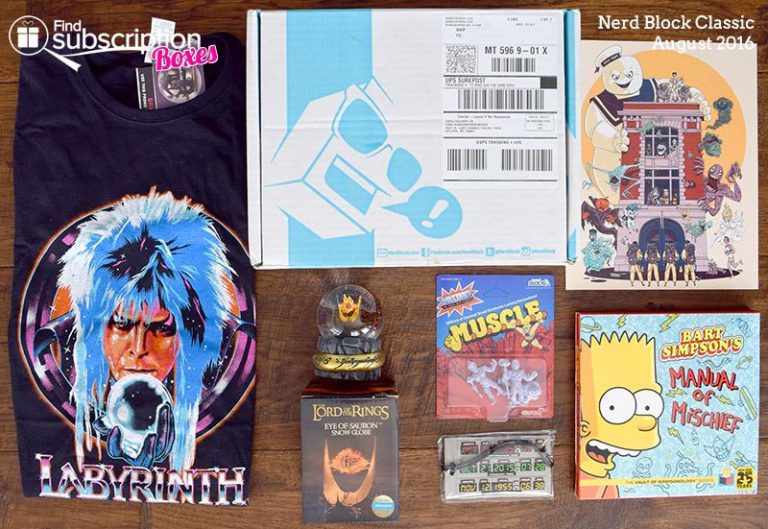 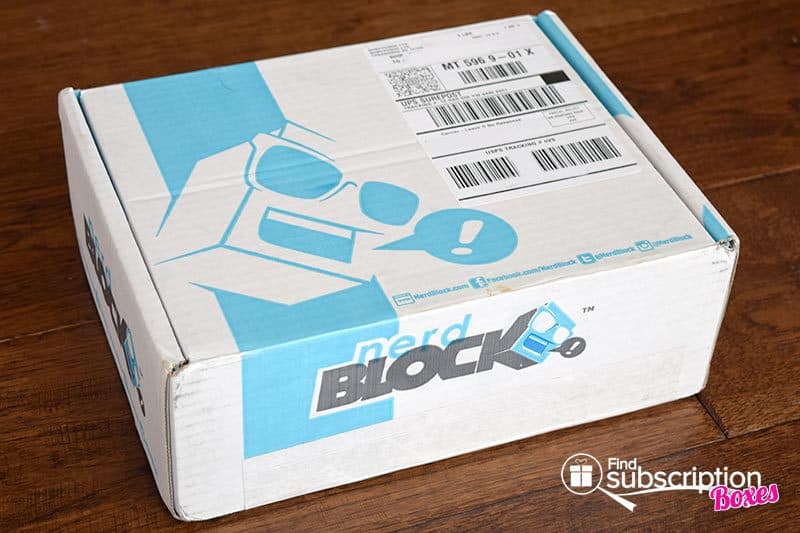 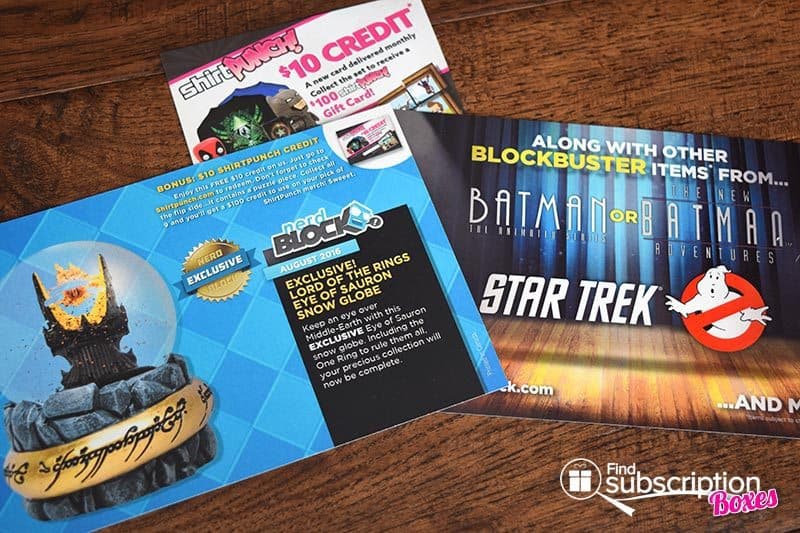 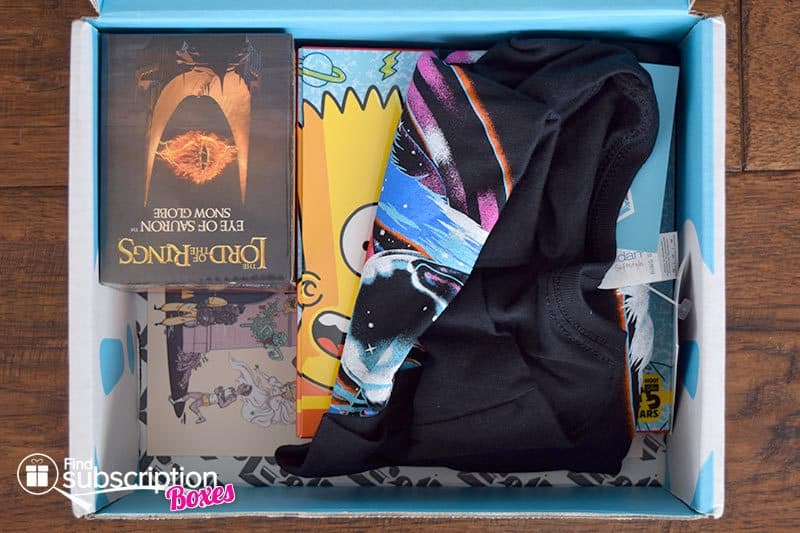 Inside the August 2016 Nerd Block Classic

There were 6 collectibles in our August Nerd Block Classic monthly nerd box. 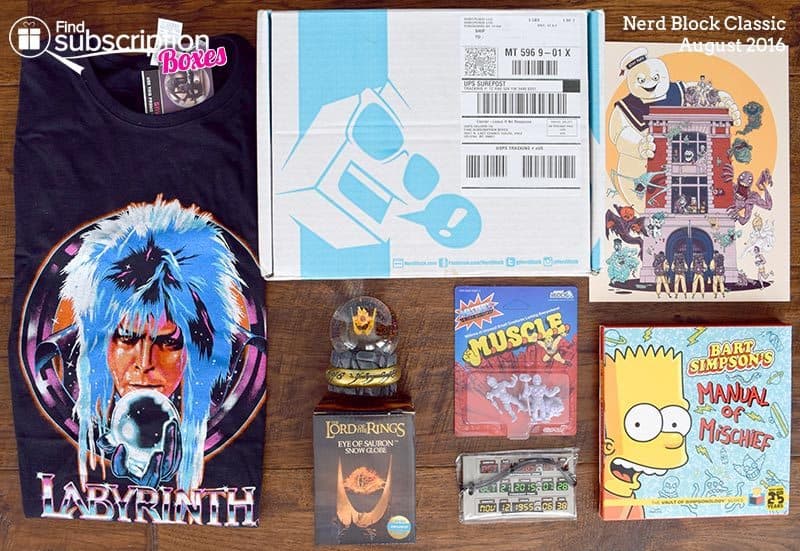 The August Nerd Block Classic Block was packed with unique exclusive nerd collectibles from favorite TV shows and classic movies. The Eye of Sauron is one of our first Lord of the Rings collectibles. The globe has orange sparkles that swirl around Sauron’s ominous eye inside. The One Ring to Rule them All decorates the base of the snow globe.

The Ghostbusters art print shows Stay Puft and other ghosts around the Ghostbusters firehouse. It’s perfect for framing and showing that you ain’t afraid of no ghosts.

The late David Bowie is featured in this month’s Labyrinth t-shirt. This shirt has the Goblin King designed in bright colors that pop.

If you’re looking for a fun read, open up your new The Simpsons book. Subscribers received 1 of 4 books from the Vault of Simpsonology. We received Bart’s Manual of Mischief which shares his best prank secrets including how to make a prank phone call to creating the perfect spy kit.

Super7 has brought back their classic rubber Masters of the Universe figures. These figures are in an exclusive gray color. Our package included Skeletor, Beastman and Trap Jaw.

Finally, the Back to the Future Luggage Tag is a great way to make your luggage easier to find. You can write your contact information on the back. The time travel dashboard with colorful numbers will help you quickly find your bag.

Which was your favorite August Nerd Block Classic nerd item?

Tags: Back to the Future, Ghostbusters, Labyrinth, Lord of the Rings, Nerd Block Reviews