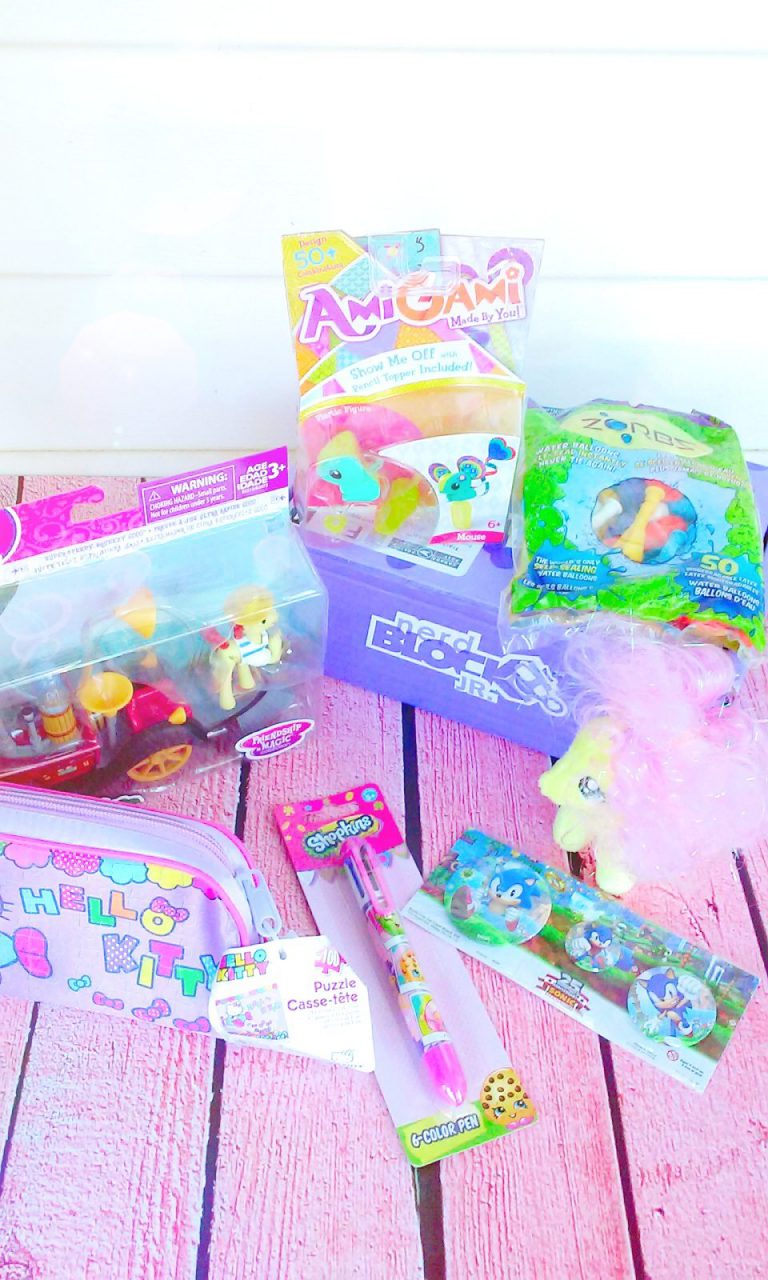 For the past three months, our family has been reviewing Nerd Block Jr for Girls and each month is getting better and better! I’ve shared with you about how my daughter Mary is turning 9 in a month and she is a true lover of technology. She’s been using the computer since she was 3 and knows more about techie stuff than I do.

Every month your Nerd Block Jr for Girls will be delivered in a fun purple box. Mary has now learned that when she sees a purple box, it’s an awesome box of goodies. This month, we actually caught the mailman putting it into our mailbox and instantly Mary started screaming, “My Nerd Block! My Nerd Block!” The box is honestly that good that Mary can’t get enough of them.

Inside the August 2016 Nerd Block Jr. for Girls

This month, Nerd Block Jr for Girls really outdid themselves. I was so impressed when I opened the box for my usual peak. Inside was a full size My Little Pony action set and a Shopkins pen. There was also Sonic the Hedgehog buttons and a My Little Kitty puzzle inside a clutch purse. All of these characters are Mary’s favorites but I was mostly impressed with the items that were inside. That full size My Little Pony set alone is worth at least $10 in the store so you know you’re getting your money’s worth.

Also inside (Can you believe there was more?!) was an Amigami figure that you can make, a My Little Pony clip on animal and Zorbs balloons. Honestly, I have no idea how they fit all of this into this box! This box was definitely worth the money spent on a subscription. Everything was full-sized and just perfect for girls like Mary.

Which was your favorite August 2016 Nerd Block Jr. for Girls nerd item? 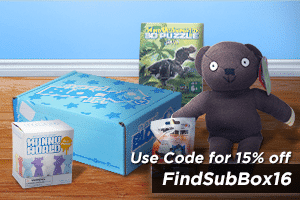 Get additional discounts on multi-block and multi-month subscriptions!