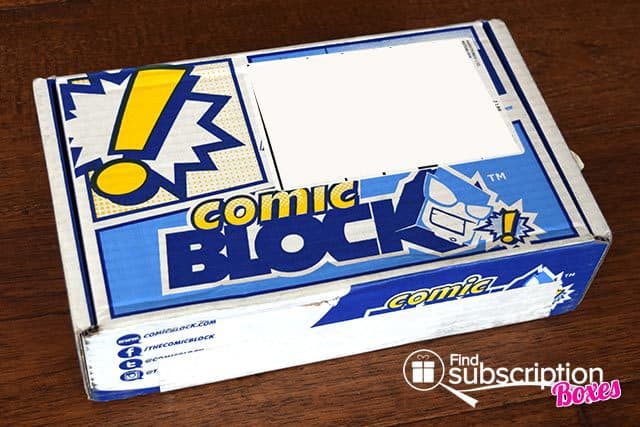 Comic Block includes a product postcard that describes all of the comic items in that month’s comic book subscription box. 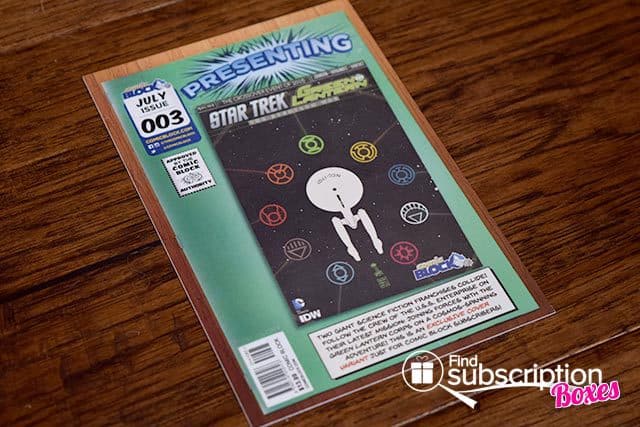 Here’s a first look inside our July 2015 Comic Block. 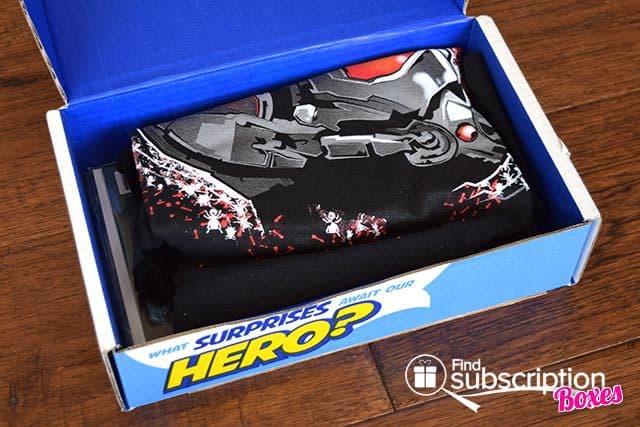 There were 5 comic books and comic collectibles in our July Comic Block.

This exclusive ShirtPunch t-shirt will ensure you watch the new AntMan movie in nerd style!

Lando Calrissian wasn’t always the Administrator of Cloud City. This first issue of his own comic series introduces you to Lando before he made it big.

Follow the crew of the U.S.S. Enterprise as they join forces with The Green Lantern Corps on their latest space adventure.

“When one man’s writer’s block gets in the way of his suicide note, he goes for a walk to clear his head and soon uncovers a century-old conspiracy dedicated to creating and mining the worst lows of human desperation.”

Energize your drinks with this arc reactor coaster. Ironman suit not included.

Once again, Comic Block delivers another box of great comic collectibles with their July 2015 comic box. The AntMan t-shirt was worn immediately and the arc reactor coaster was quickly used to blast our way through imaginary walls. We can’t wait to see read our new Issue #1 comic books!

Which was your favorite July Comic Block item?