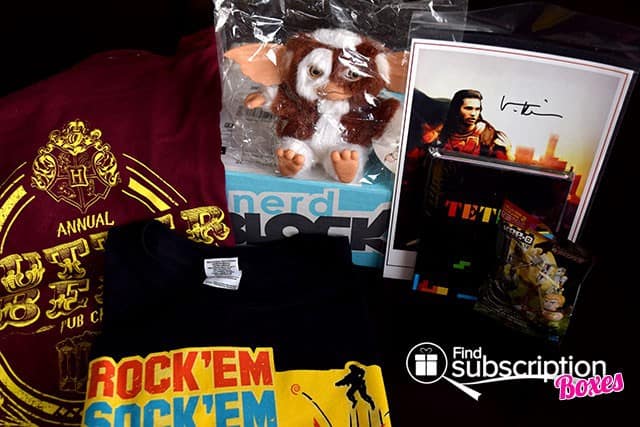 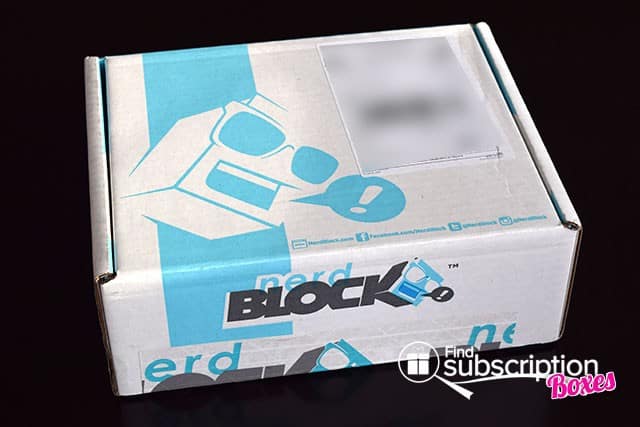 After opening our December 2014 Nerd Block Classic Block, we got our first look at this month’s nerdy contents. 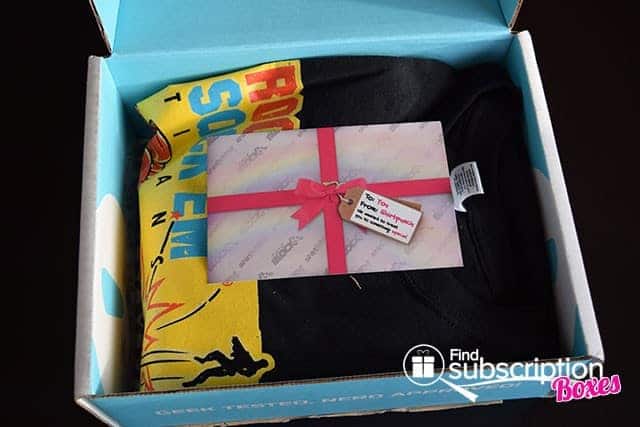 Nerd Blocks includes a product card inside each Block that describes each of the items in that month’s Block. 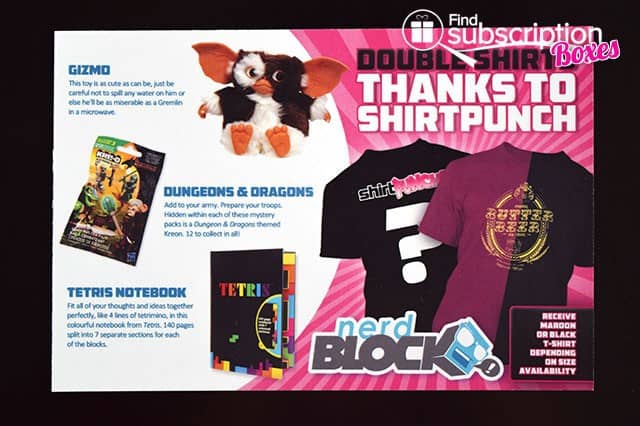 There were 6 items in our December 2014 Nerd Block Classic box.

Show of your nerd style with these limited edition t-shirts from ShirtPunch.

You know the drill. Keep Gizmo out of water to keep him cute, not cranky.

Collect all 12 Dungeons & Dragons themed Kreons to build your army and prepare your troops!

Use this Tetris notebook to store your thoughts and ideas. Each shape has its own colorful section.

What was your favorite item from the Nerd Block Classic December box?