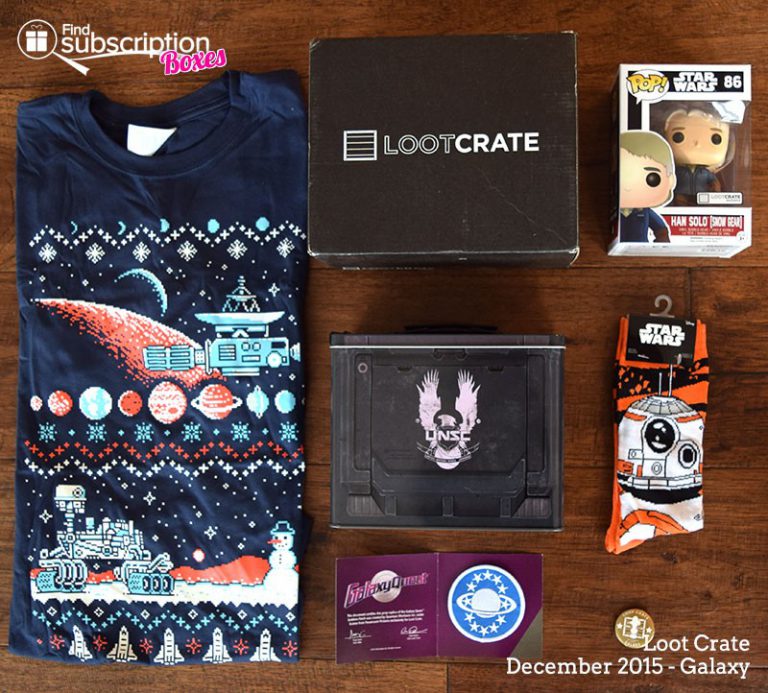 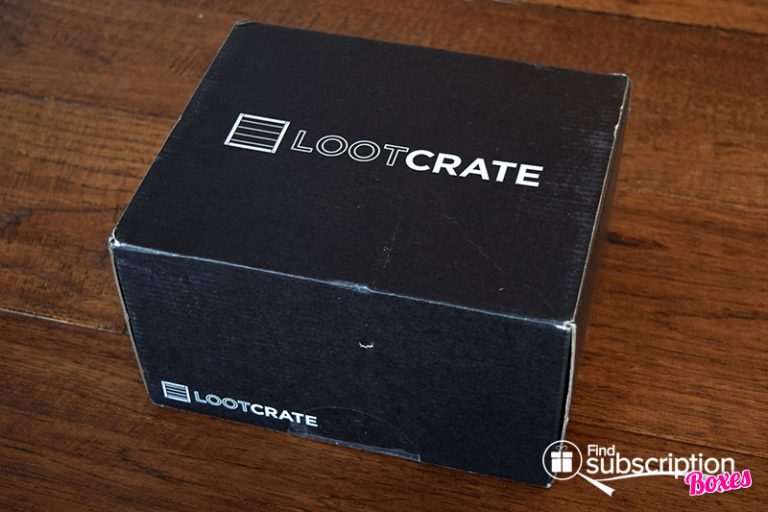 Each month, Loot Crate includes a themed mini-magazine with articles and descriptions of that month’s geek collectibles. This month’s issue had an interview with Halo 5 Executive Producer, Chris Lee and a recap of Loot Crate 2015 boxes. 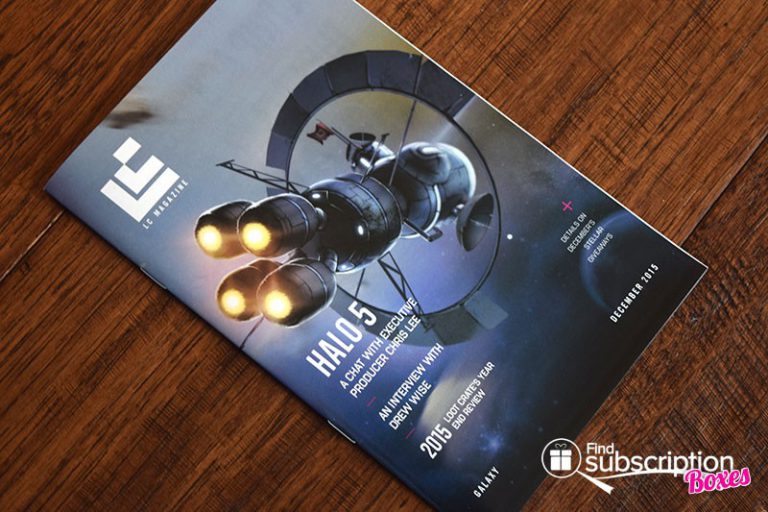 Here’s a first look inside our December Galaxy Loot Crate. 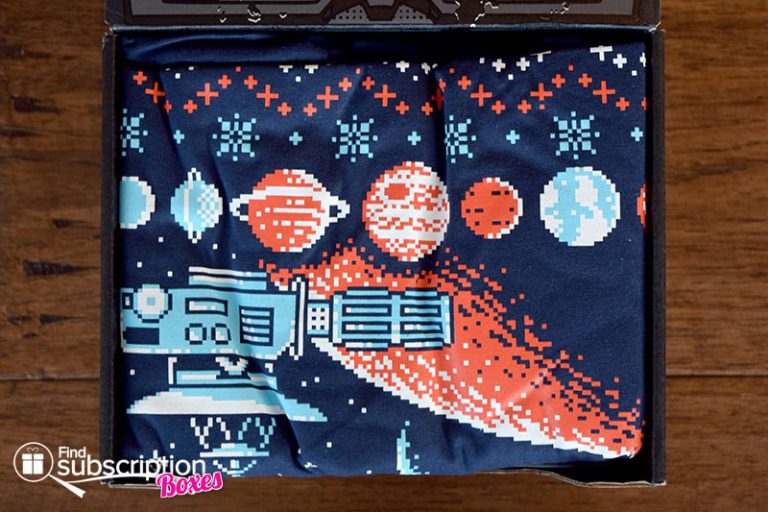 There were 5 geek items in the December Loot Crate Galaxy Crate.

The December 2015 Galaxy Loot Crate geek box was filled with exclusive geek collectibles from the latest geek movies and games. This month’s box also gave a nod to older geek favorites. The Hans Solo Funko and BB-8 socks are perfect for Star Wars fans. The Ugly Holiday T-shirt is great for showing some geekiness with our Holiday spirit.

Which was your favorite exclusive collectible from the December Galaxy Loot Crate?

For a limited time, save $5 off any Loot Crate subscription with code BOX5. PLUS, get a FREE Month of Loot Crate Level Up with 3+ months of Loot Crate!