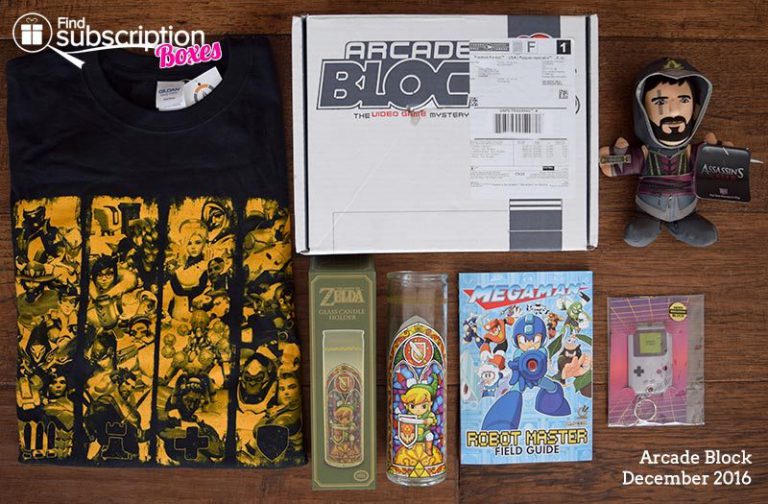 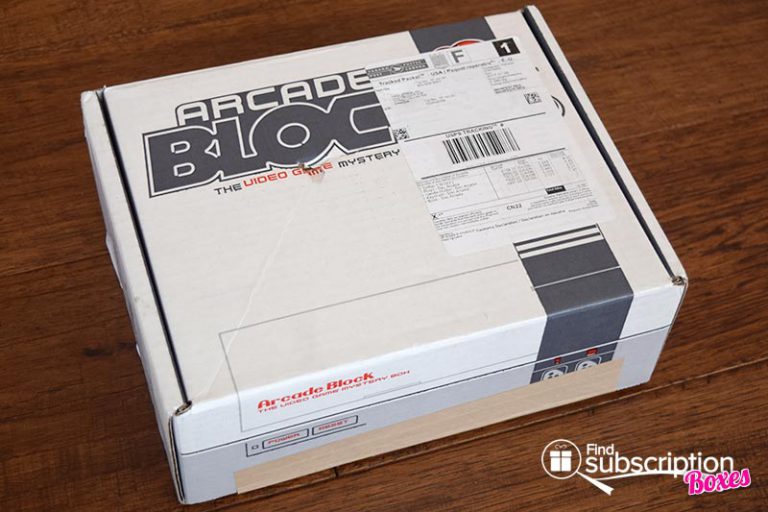 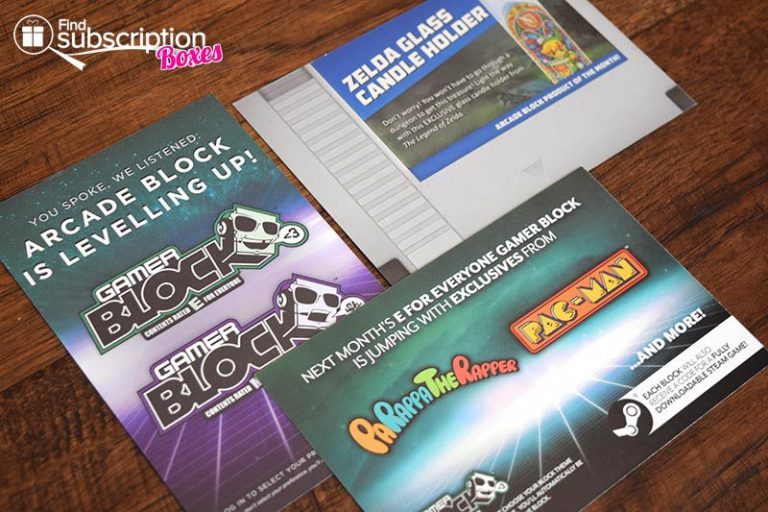 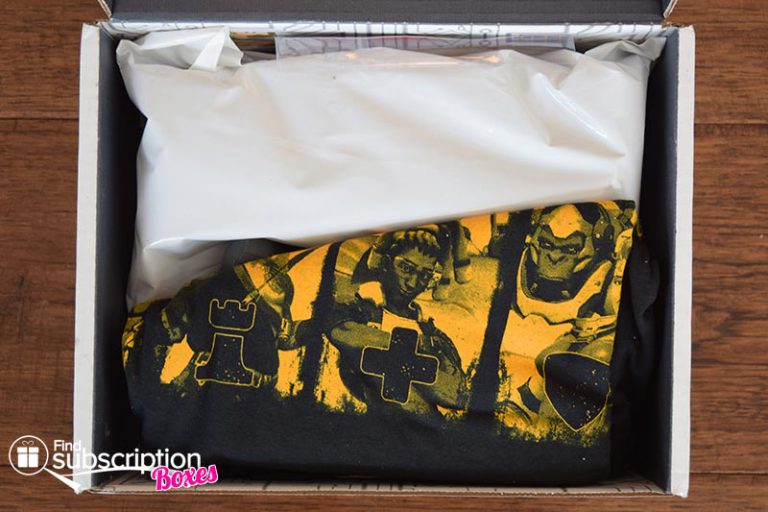 Inside the December 2016 Arcade Block

There were 5 video game collectibles in our December Arcade Block monthly box for gamers.

Bonus Item: $10 credit to the new Nerd Block Store. Collect all the puzzle pieces to get a $100 ShirtPunch.com credit.

With Arcade Block turning into Gamer Block, December’s Arcade Block is the last official Arcade Block. Last month’s box featured some of our favorite video games. December’s featured product was the Zelda Candle Holder. This glass holder has a unique and colorful Zelda design on each side of the holder. It’s great for narrow column candles as well as floating tea lights.

Next is the exclusive Overwatch shirt. This mural-like design has all of the Overwatch team characters – Offense, Defense, Tank, and Support.

For Mega Man fans, you’ll love the additional insight you get with the Mega Man Field Guide from Udon. This paperback guide has Mega Man character profiles and features classic CAPCOM artwork.

The Game Boy Flashlight Key Chain is a handy keychain that lights up when you “Press Start.” It’s great for a little extra light when you need it.

Finally, the Assassin’s Creed plush is a detailed plush from Bleacher Creatures. This 7″ tall Aguilar plush is wearing his hood and armed with a dagger in each hand.

What was your favorite December Arcade Block video game item?