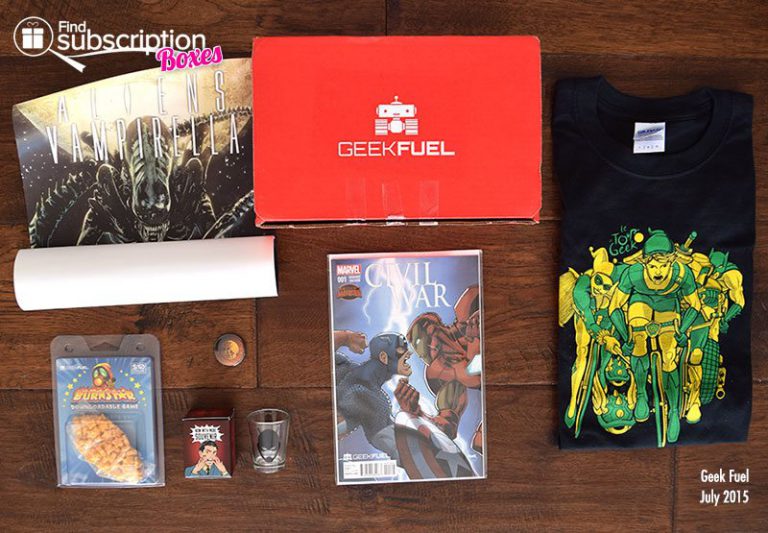 Geek Fuel is a monthly geek subscription box that delivers $50+ of geeky goodness in a geek mystery box every month. Every Geek Fuel box includes an exclusive geek t-shirt as well as a full downloadable computer game from Steam. With today’s Geek Fuel box review, we’re taking a closer look at the July 2015 Geek Fuel box. 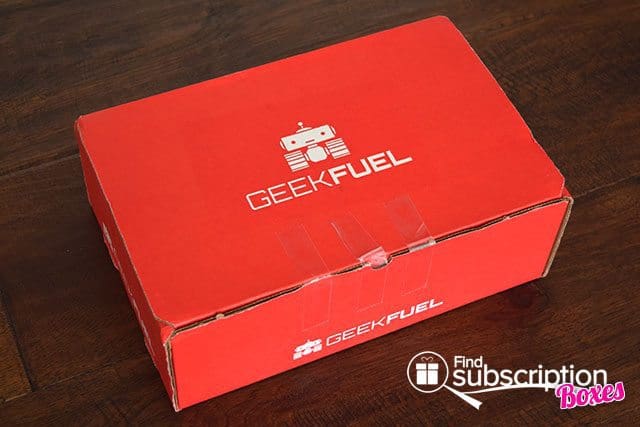 Geek Fuel includes a product card that describes the products in that month’s geek box. They also include a new issue of Geek Fuel Magazine, that has fun articles, fan photos, and more information about the Geek Fuel items. 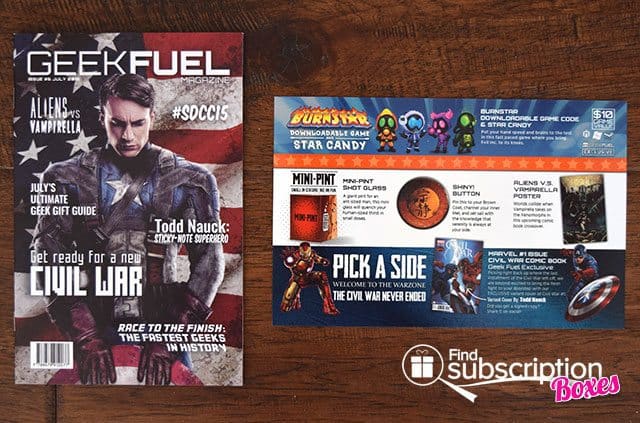 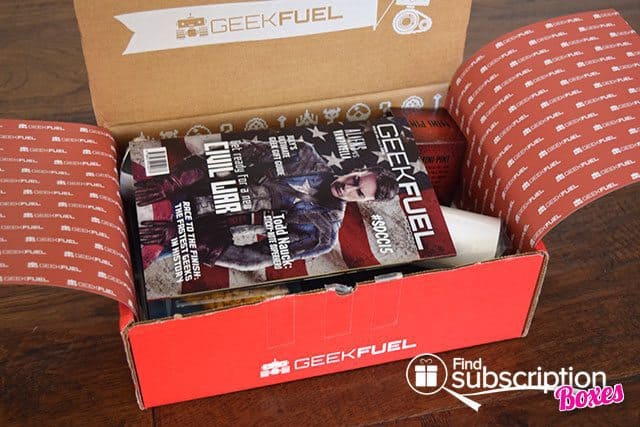 Inside the Geek Fuel July 2015 Box

There were 6 geek goodies in our July Geek Fuel subscription box for geeks.

Hit the roads with your bike buddies and lead the pack with this exclusive geek t-shirt.

Use this game code to download a full version of Burnstar from Steam and enjoy this fast paced game that puts your speed to the test.

Is this a human-sized shot glass or a giant-sized glass for an ant-sized superhero?

Support the Serenity crew as you travel the ‘verse with this button.

This poster features the upcoming comic book crossover where Vampirella takes on the Xenomorphs.

Featuring an exclusive variant cover by Todd Nauck, this issue #1 resumes the story of Iron Man and Captain America as they battle of the Super Human Registration Act.

The Geek Fuel July 2015 box was our first Geek Fuel box and it was beyond awesome. From the downloadable game (with included candies to power our game nights) to the exclusive Civil Wars comic, we couldn’t decide which item fueled our inner geek more. The AntMan shot glass is a great Marvel comics bar ware item for our collection.

What was your favorite geek item from the July Geek Fuel box?

We have a sneak peek into next month’s box! Check out our first Geek Fuel August 2015 box spoiler.