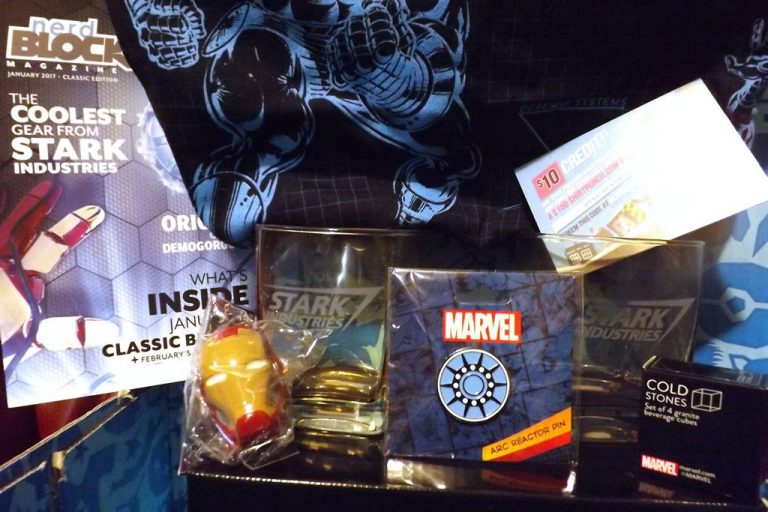 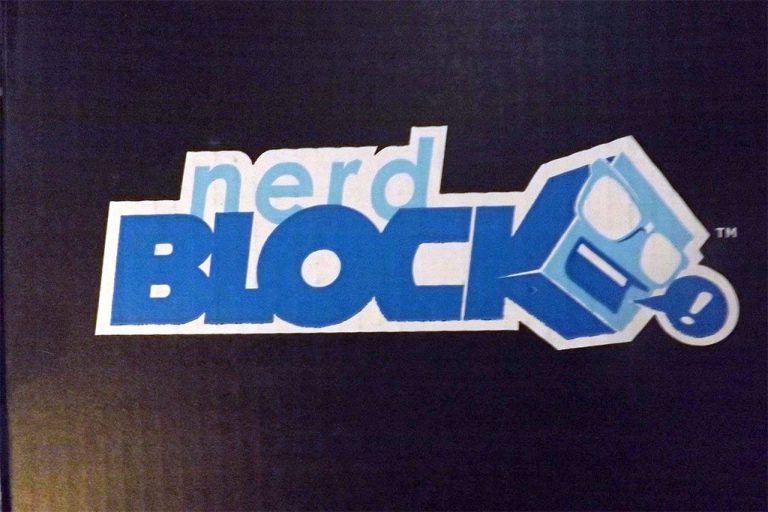 Nerd Block Classic boxes include a Nerd Block Magazine with descriptions, pertinent information and photos of each item inside the monthly subscription box and articles to compliment that boxes theme. The January 2017 theme was Stark Industries. The articles in the Nerd Block Magazine for January 2017 were “7 Coolest Weapons & Gear Created By Stark Industries”, and “The Origin Of The Demogorgon”. The Magazine also revealed that “Time Travel” will be the theme for the February 2017 Nerd Block Classic. You also receive a Shirtpunch card which has a piece of a puzzle on the backside. If you collect the pieces by continuing a subscription with Nerd Block and finish the puzzle, you earn a $100 shirtpunch.com gift card.

Here is a peek of the contents inside the January 2017 Nerd Block Classic monthly subscription box.

Inside the January 2017 Nerd Block Classic

There were 5 items inside the January 2017 Nerd Block Classic monthly subscription box.

EXCLUSIVE Stark Industries 2pk Whiskey Tumbler Glasses were packaged in their own black cardboard box with foam inserts holding the set in place. The glass is a light amber color and are a sturdy medium thickness which thins towards the top for drink-ability.  The sturdy heavy base helps to assure you that your glass will not be easily tipped over. “Stark Industries” written logo reads in white on two of four faces on the matching pair. 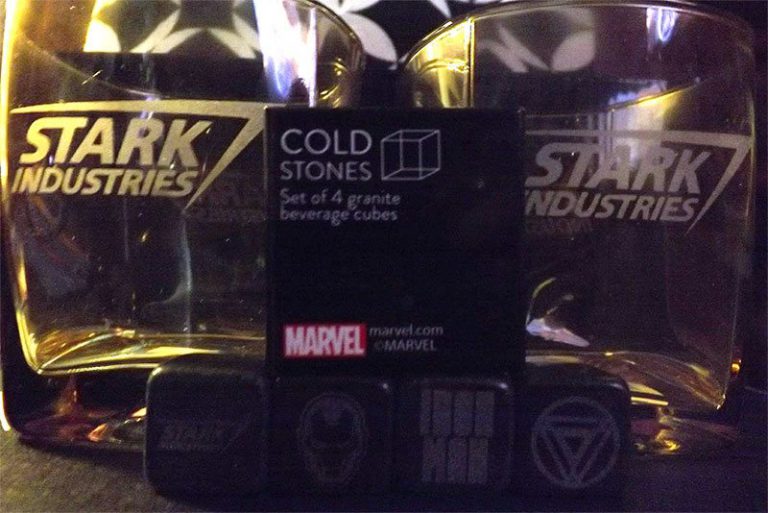 EXCLUSIVE Stark Industries Engraved Drinking Stones come in a 4 pack box and are destined at some point to compliment the tumbler glasses, without watering down your drink, once they have been chilled in the freezer for a minimum of 4 hours. The slate gray colored granite stones are a touch larger than the size of a standard dice. Each of the 4 stones features a different image; “Iron Man” written on one, “Stark Industries” written logo, Iron Man mask, and the Iron Man logo carved into the other.

EXCLUSIVE Body Armor Blueprints T-Shirt is also brought to you by Shirtpunch.com and they are well worth checking out. The black tee is short-sleeved and features the “blueprint” of Mr. Tony Stark’s early propitiatory prototype of the Iron Man suit and some of the suits functions.  Now you can hold the knowledge and build your own suit. 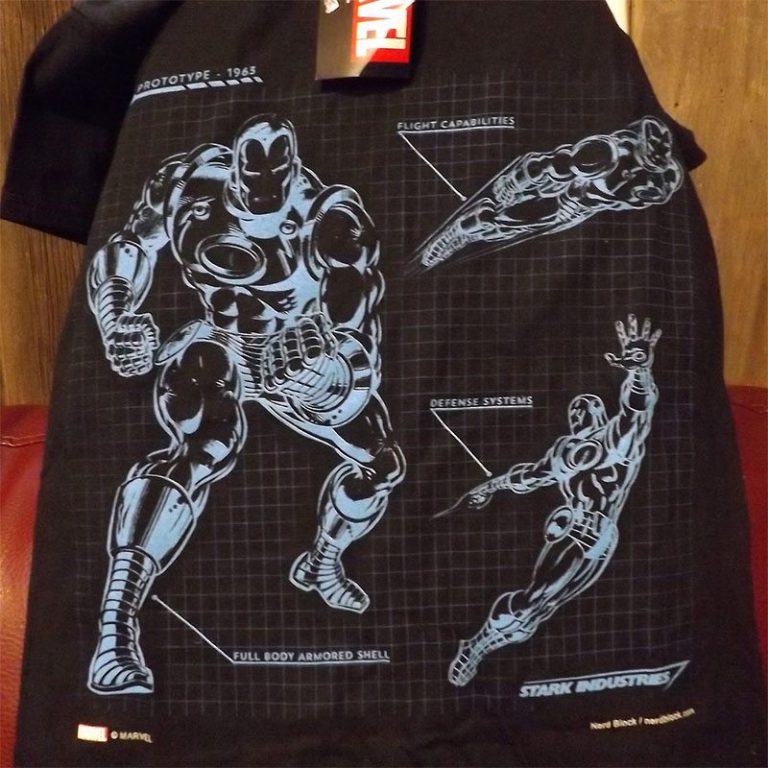 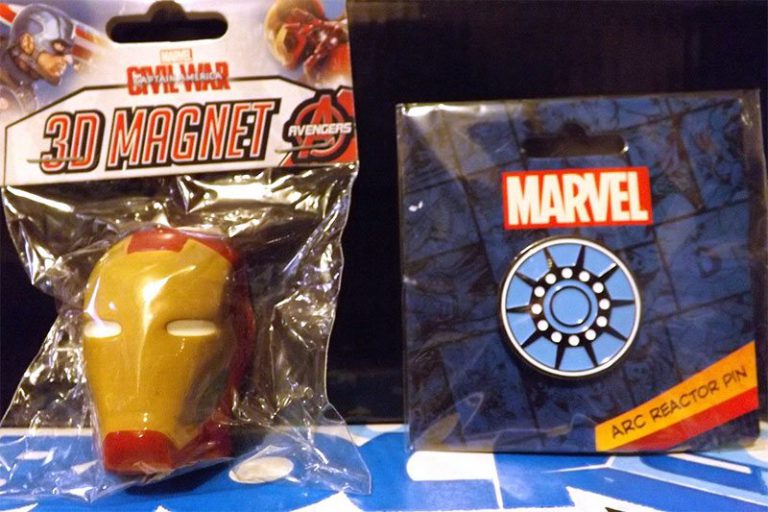 EXCLUSIVE ARC Reactor Pin is just waiting to be a part of the completion of your favorite jacket, lanyard, bag, or whatever it may be. The ARC Reactor pin is even painted blue so you know your always full of energy and power.

With the January 2017 Nerd Block Classic I feel privileged to have gained more insight about one of the greatest engineers of the Marvel universe. I am set to contemplate my next creation with our new Exclusive Stark Industries 2pk Whiskey Tumbler Glasses, Exclusive Stark Industries Engraved Drinking Stones, and the Exclusive Body Armor Blueprints T-Shirt. I can keep things in place and help organize my busy schedule with the Exclusive Iron Man 3D Molded Mask Magnet. My key lanyard is fuller and more diverse with the Exclusive ARC Reactor Pin.  What did you think of the January 2017 Nerd Block Classic “Stark Industries” themed monthly subscription box?