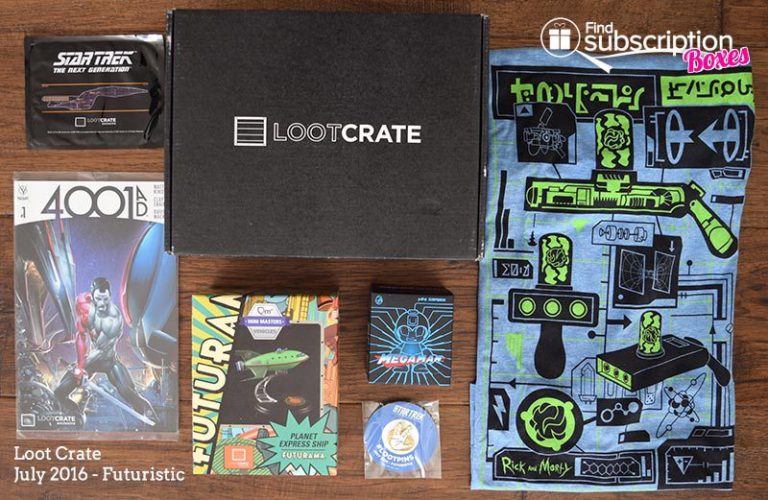 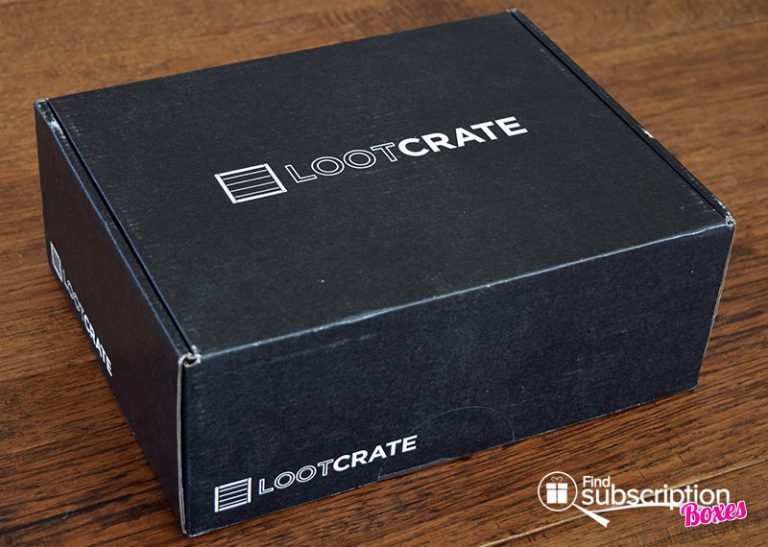 Loot Crate includes a new issue of Loot Crate magazine in each geek box. The LC Magazine provides the product descriptions for that month’s items and mini-articles for each. 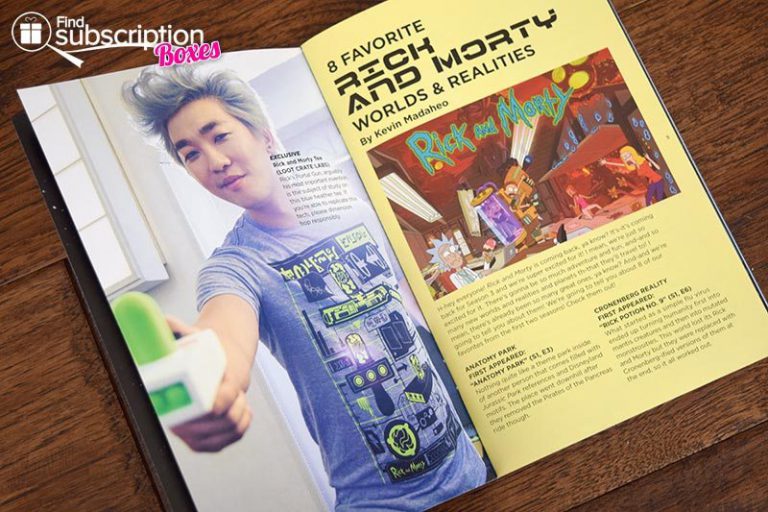 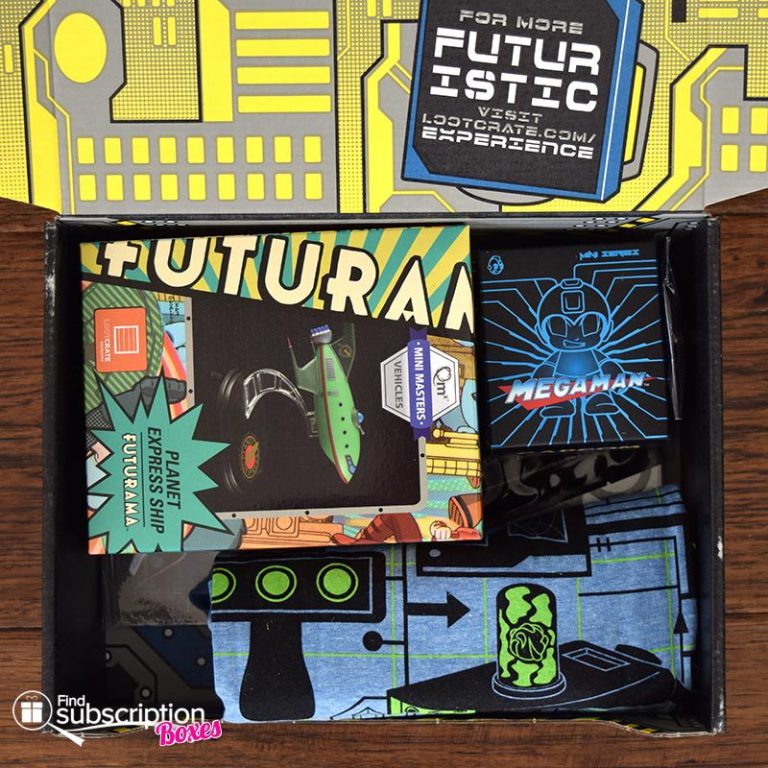 There were 6 geek and gamer collectibles in the July  Futuristic Loot Crate.

July’s FUTURISTIC Loot Crate gave us a taste of the epic loot that’s in our future. The QMx Mini Masters Vehicle Futurama space ship model comes with its own stand and is colorful and fun. It even has the laser cannon turret on top! Another great figure is the exclusive Red Mega Man figure from Kid Robot. This Mega Man is red because he’s absorbed some of the powers of his defeated evil foes.

While portal guns might not (officially) be real, you can plan your own with this exclusive Rick and Morty Tee. It pays homage to one of Rick’s portal-hopping inventions and has a blueprint design with bright green accents.

Finally, we love the Star Trek collectibles. The Star Trek decal is a gold U.S.S. Enterprise Dedication plaque that you can stick to your wall, computer, or other flat surface. Wrapping up the July Loot Crate is the exclusive Loot Pin that features the Star Trek salute to live long and prosper.

What was your favorite July Loot Crate Futuristic crate collectible?