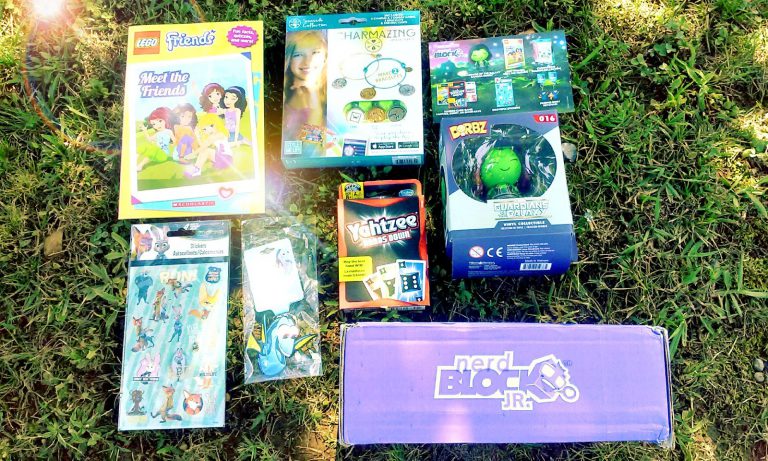 For the past few years, I have noticed that my daughter Mary has turned into a gamer girl child. She loves everything about technology and has a fit over geeky stuff like making animes on her computer. So when I was offered the June 2016 Nerd Block Jr. for Girls subscription box to check out, I knew it would be a great fit for her.

If you’ve never heard of them, Nerd Block Jr. for Girls, it’s an amazing subscription for box for girls who happen to like tech and geek stuff like boys. Nerd Block Jr. for Girls is for girls ages 6-11 currently and you get an average of 4-6 toys per box. It is delivered monthly and it starts at $13.99 a month. That’s an amazing deal considering each box usually has a $40 value to it.

Some of the characters you can expect to see in a Nerd Block Jr. for Girls box include My Little Pony, Sonic the Hedgehog, Furby, Hello Kitty, Grumpy Cat and more!

When Mary’s first box came today, it came in a typical subscription box. Super easy to open and makes you feel excited when you see it on the porch!

Inside the June 2016 Nerd Block Jr. for Girls

I was the first one to open it before I showed it to Mary. Mostly because she would have torn into it and I would have never got good pictures from it. But when I opened it, I was pleasantly surprised. Since I’m not a techie myself, I was pleased to see some familiar things that I would enjoy as well.

Mary’s personal favorite items in the box were the Lego Friends book, the Yahtzee card game, the Harmonizing bracelet kit, the Dorbz figure and of course the $10 credit to ShirtPunch!

Also included were stickers from the movie Zootopia and a Dory keychain, but since Mary doesn’t like Disney we will gift these to a friend.

Overall we really loved the Nerd Block Jr. for Girls June box. It was full of fun surprises and Mary loved opening it up to plunder through it. And it’s perfect for a gamer girl who just so happens to enjoy nerd fun too!

Which was your favorite June 2016 Nerd Block Jr. for Girls nerd item? 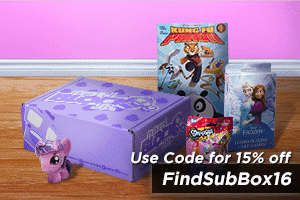