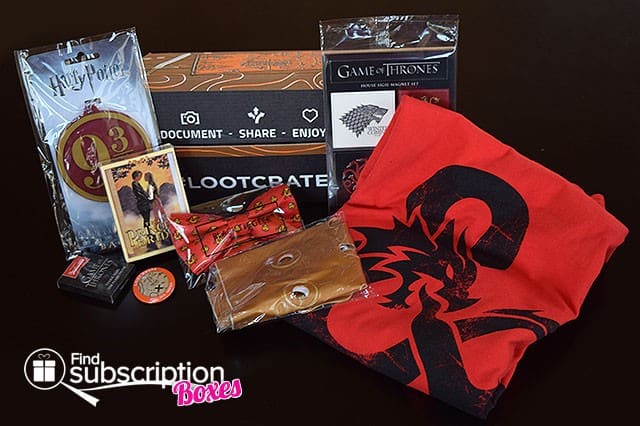 Loot Crate is a monthly subscription box delivering epic loot for gamers and geeks every month. The April 2015 Loot Crate theme was FANTASY, and promised to feature fantasy-themed goodies from favorite fantasy franchises and brands. 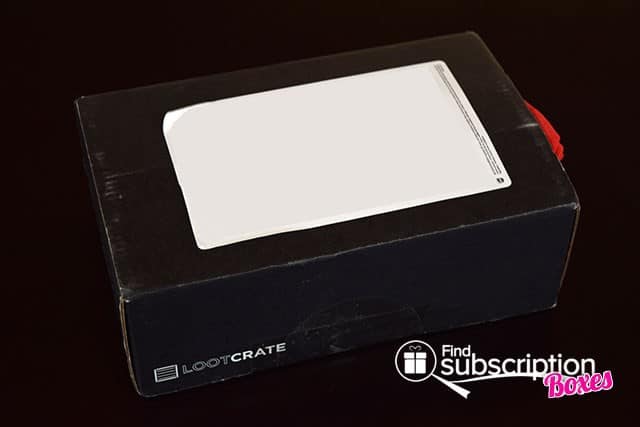 This month’s issue of Loot Crate Magazine, Issue No. 21, featured a fun article about fantastic fantasy shows. (We’re fans of Avatar: The Last Airbender too!) 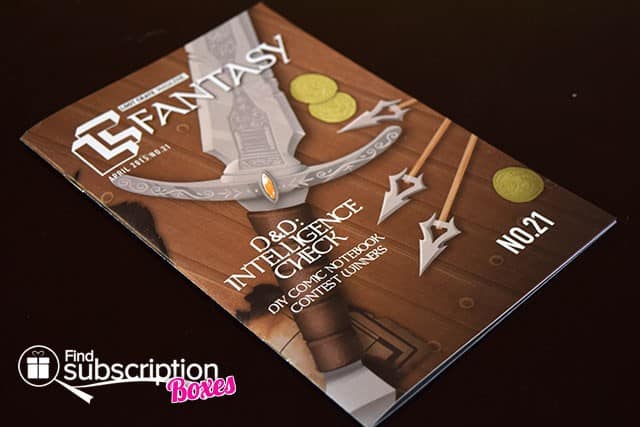 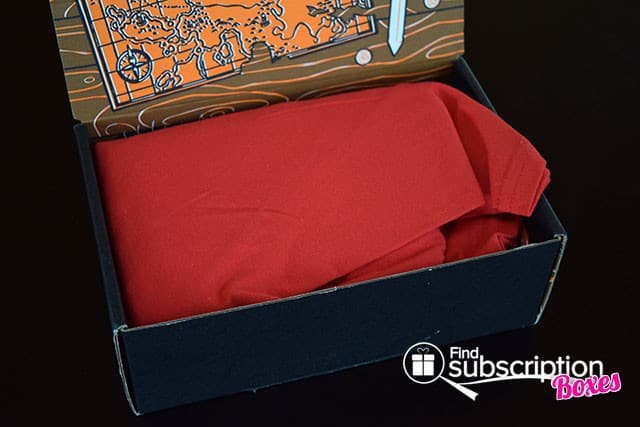 There were 7 item in our April Fantasy Loot Crate.

Gear up for your next adventure with this officially licensed, cotton tee with the fresh Dungeons & Dragons logo.

Spot your luggage from across the train platform with this handy 9 3/4 luggage tag.

Loot Crate crowns thee the ruler of your Loot Crate with this inflatable head topper.

This exclusive flash drive can hold 4GB of your favorite pics, movies, and more.

Show off the sigil of your favorite Game of Thrones clans with this magnet set.

The Loot Crate April 2015 Fantasy crate took us on an adventure with some of our favorite fantasy brands. We liked that they had a mix of items from both current fantasy series as well as “old favorites”. The RPG Tie is a great fashion accessory and the Harry Potter luggage tag was a favorite.

What was your favorite item from April’s Loot Crate Fantasy Crate?