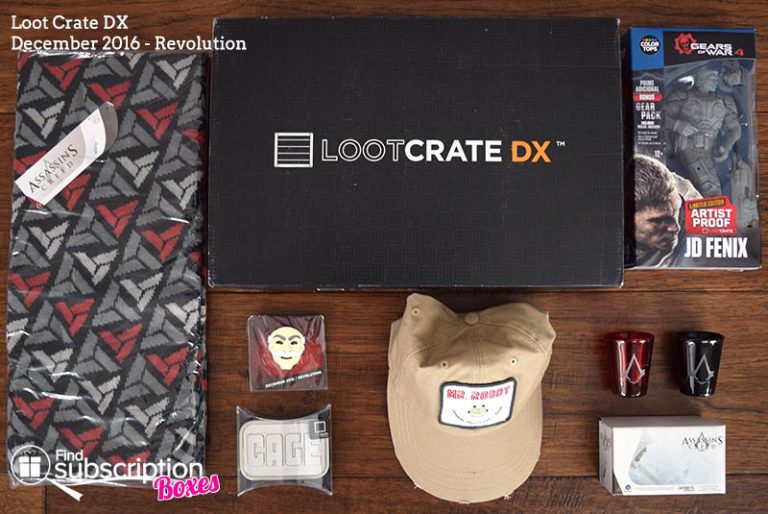 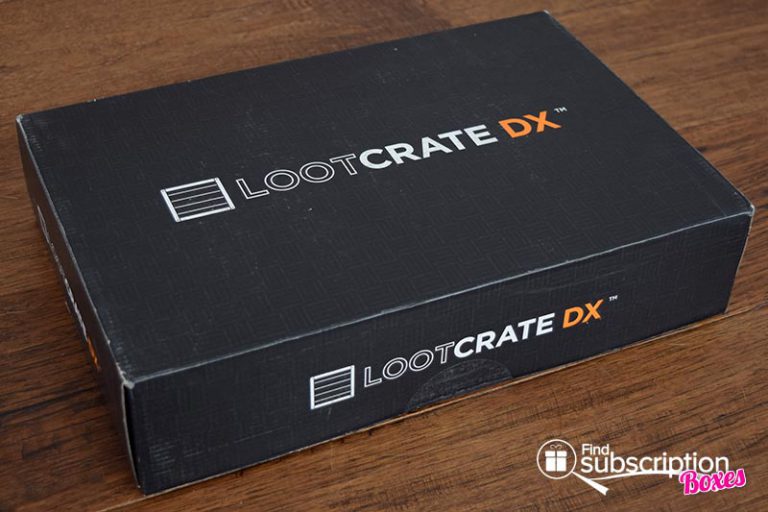 Loot Crate DX includes a colorful brochure with pictures and descriptions for each of the premium geek collectibles in that month’s box. 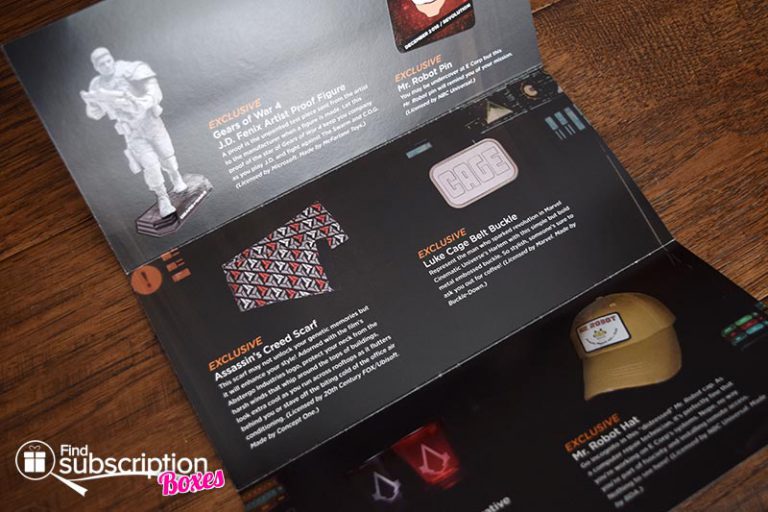 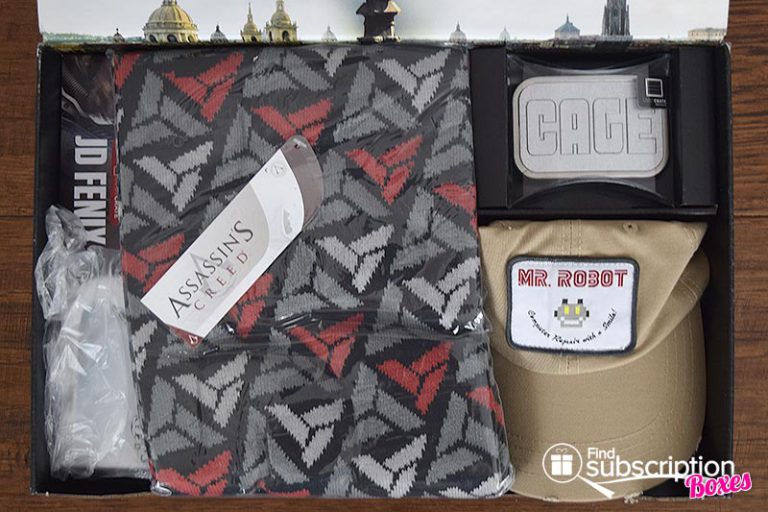 There were 5 premium collectibles in the December Revolution Loot Crate DX subscription box. 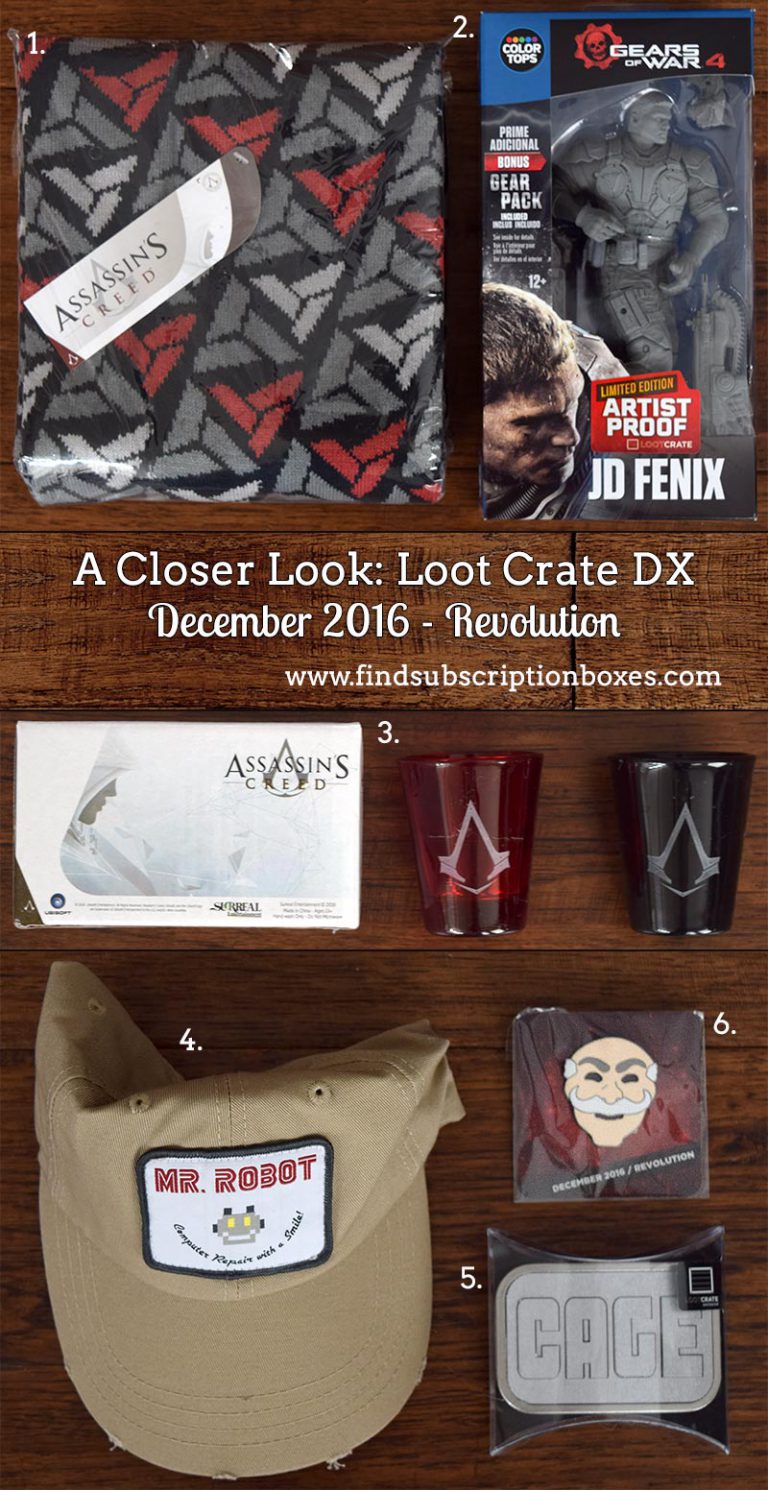 We’re ready to fight and make the world a better place with the epic loot in December’s Revolution Loot Crate DX box. The Assassin’s Creed movie hit theaters last month and Loot Crate included to Assassin’s Creed collectibles for AC fans. First is the geek chic Assassin’s Creed Scarf that has the Abstergo Industries logo in white, red and gray. It’s a great way to help stay warm this winter. Another way to stay warm is to have a shot of your favorite drink using the Assassin’s Creed shot glass/mini drinkware set. One is gray and the other is red.

Luke Cage fans will love the simple and heavy-duty Luke Cage Belt Buckle. It easily attaches to your belt and has CAGE written across the front.

In Mr. Robot, Elliot Alderson is recruited to join a group of “hacktivists” that want to attack E Corp and erase all debt. The Mr. Robot hat has a distressed/worn look and says “Computer Repairs with a Smile” to help keep your cover as a computer tech.

Finally, the Gears of War 4 Proof Figure is a serious addition to figure collections. It features J.D. Fenix, armed and ready for battle.

What was your favorite geek collectible from the December Revolution Loot Crate DX crate?