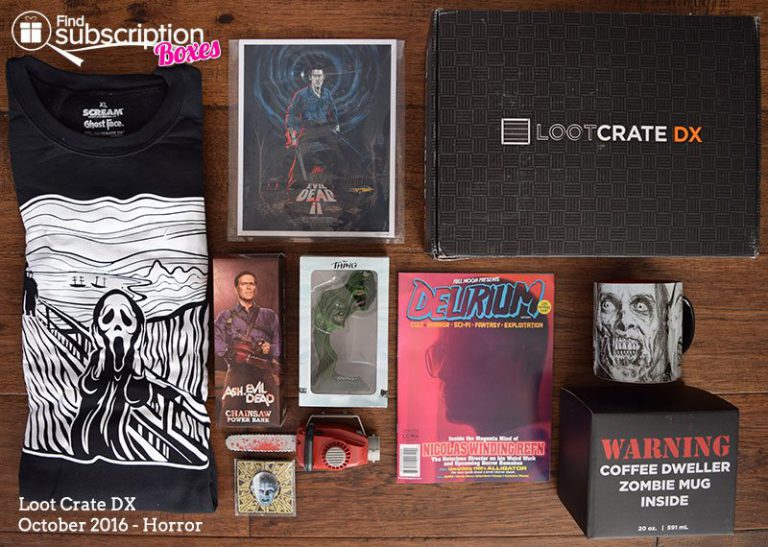 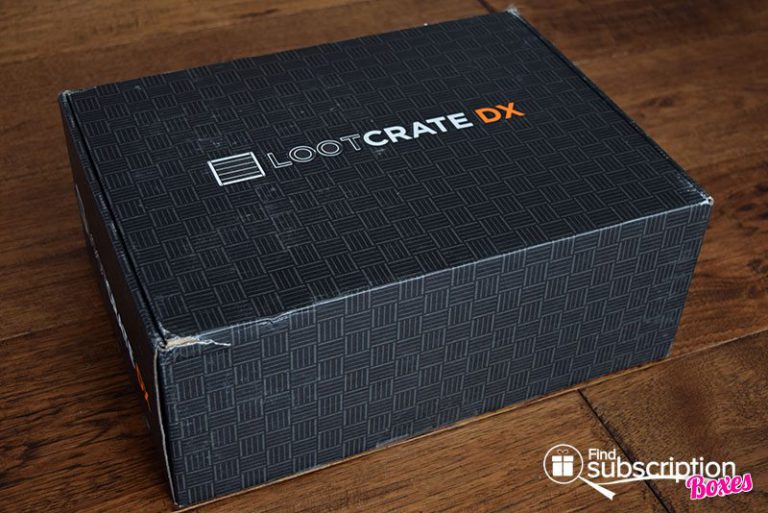 Loot Crate DX includes a brochure with pictures and descriptions for each of the premium geek collectibles in that month’s box. 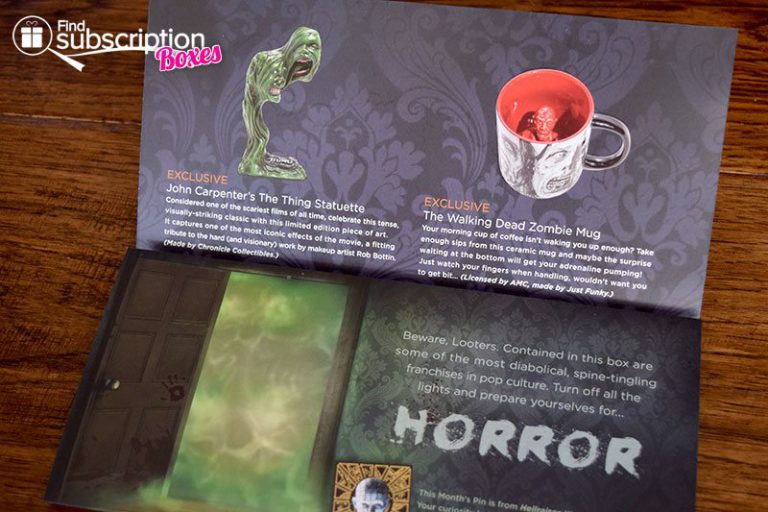 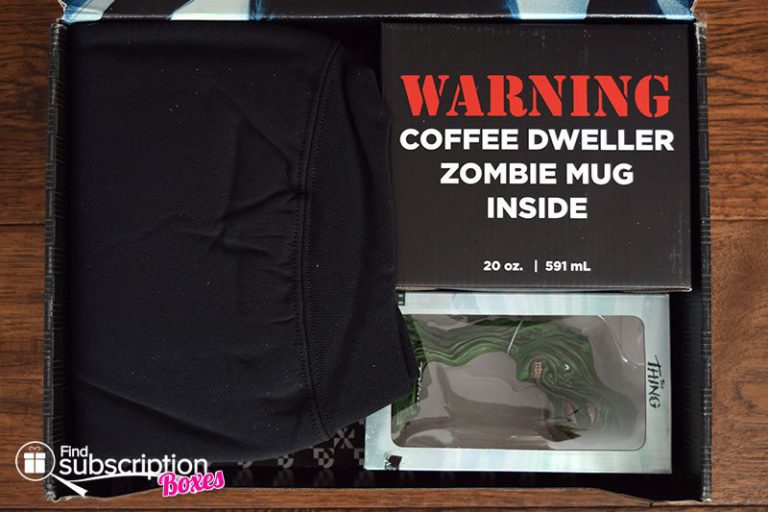 There were 5 premium collectibles in the October Horror Loot Crate DX subscription box.

The October Speed Loot Crate DX box delivered exclusive, collectibles from some of the spookiest, most spine-tingling franchises. Last month’s wearable is a thick sweat shirt/sweater that’s great for giving others a fright while staying warm. It’s design is a mashup of The Scream painting by Edvard Munch and Ghostface, from Wes Craven’s Scream.

There were two horror-themed geek decor items in the box. The Thing Statuette stands 4″ tall and depicts the parasitic lifeform as it assumes a new form. For Bruce Campbell fans, you can showcase your fandom with this exclusive art print that shows Ash Williams “armed” with his chainsaw. The Chainsaw Power Bank is an official replica of the chainsaw that Ash uses to replace the possessed right hand that he cut off (using a chainsaw) after it tried to kill him.

Finally, there’s the gruesome zombie mug from The Walking Dead. The design has zombies around the outside and a zombie figure on the inside. It’s the perfect coffee mug for zombie fans.

What was your favorite geek collectible from the October Horror Loot Crate DX crate?