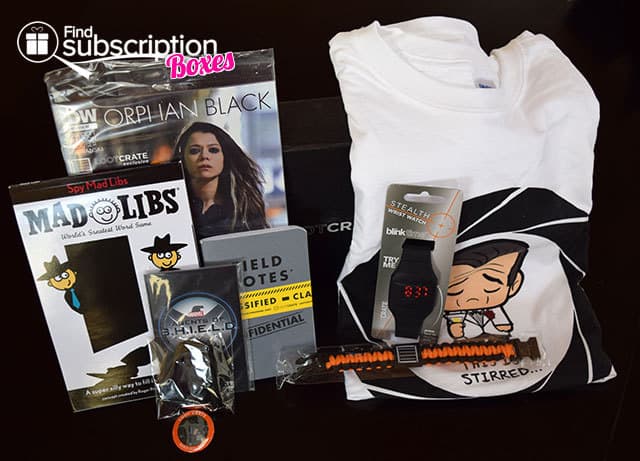 Loot Crate delivers a monthly box of epic geek and gamer gear every month. The theme of the Loot Crate March 2015 crate was COVERT and featured a variety of spy-themed collectables and other items. 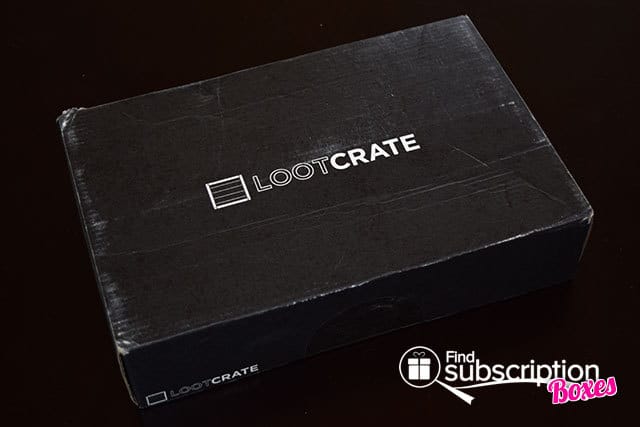 Loot Crate includes a Loot Crate Magazine in each box. The March Loot Crate featured Issue No. 20 and in addition to describing the geeky and covert items in this month’s box,  included fun articles that match this month’s theme. 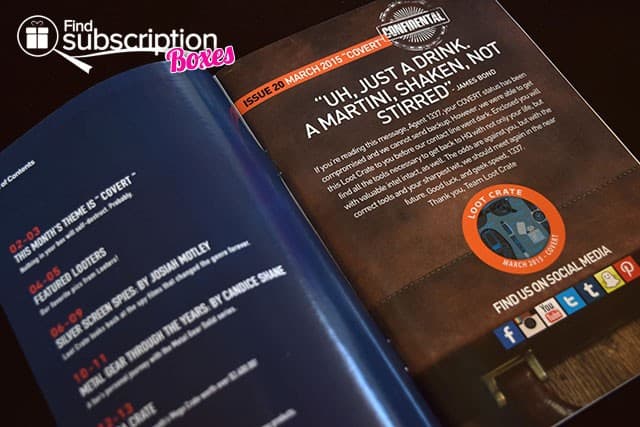 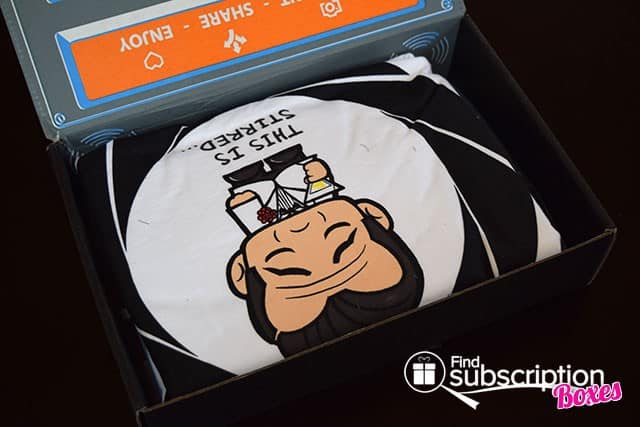 Inside the Loot Crate March 2015 Box

There were 7 items in our March 2015 Loot Crate Covert box.

1. Exclusive Bond: This Is Stirred T-Shirt

Shaken or stirred? We know how 007 prefers his martinis.

This super secret watch has a stylish black design that only shows the time when you press its face.

Whether on the road or hanging out with friends, use this trusty Mad Libs for spy-themed hilarity.

Wear this exclusive lanyard with pride and let others know you’re an agent of S.H.I.E.L.D.

This accessory for your wrist is made of military-grade parachute cord and can be unwrapped for use in times of emergency.

You can use this handy notebook to jot down top-secret grocery list or notes.

The Loot Crate March 2015 Covert crate was packed with useful, and very cool, items that are great additions for any Looter spy kit. We loved the sleek design of the watch and the survival bracelet is definitely something that a spy could re-purpose in a variety of ways. We loved the throw-back fun that can be had with the Spy Mad Libs.

What was your favorite item from the March 2015 Covert Loot Crate?