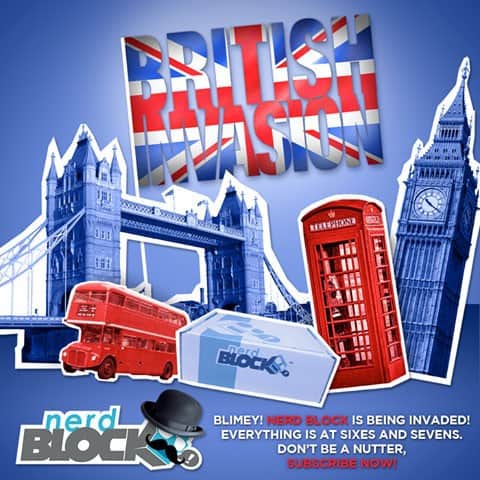 We have a first look at the Nerd Block June 2015 Classic Block theme. Every month, Nerd Block delivers a subscription box for nerds, featuring an exclusive t-shirt and nerd-approved collectibles.

We’re thinking that this month’s block could feature items from Dr. Who and possibly even a 007 item.

What do you think could be in the June Nerd Block Classic Block?

New Nerd Block Classic subscribers can use Nerd Block coupon code DALEK to save 10% off the 1st month of new monthly Nerd Block subscriptions. Subscribe for multiple month and get up to a 25%  – no code required!