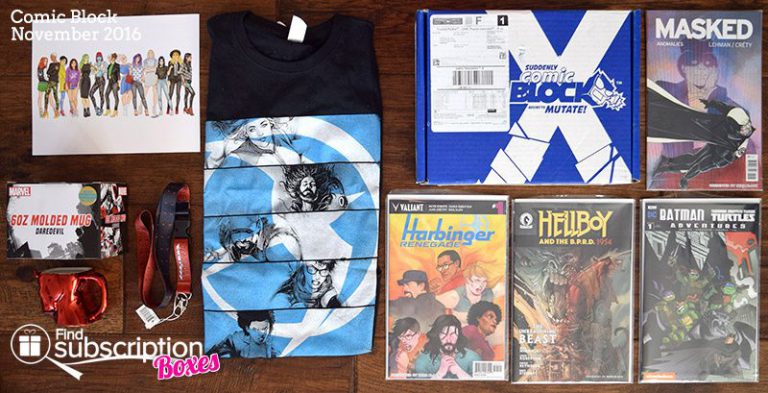 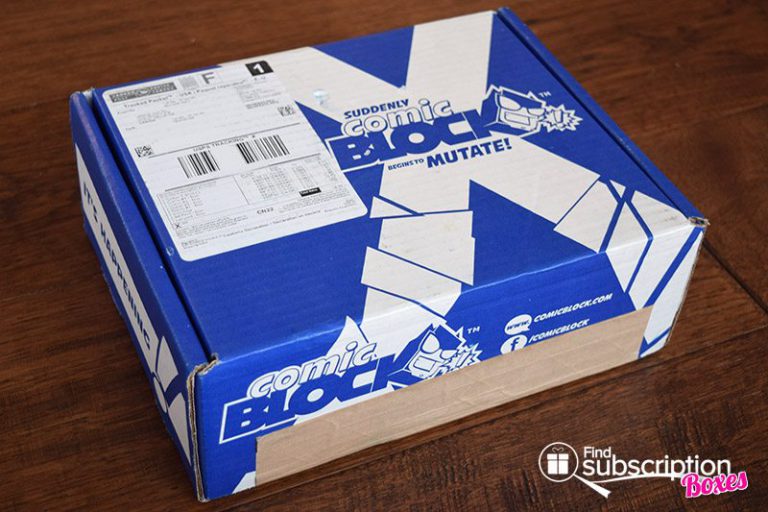 Comic Block includes a product card that describes each of the comic book collectibles in the monthly comic box. There were also box spoilers for the December 2016 Comic Block! December’s Comic Block has 7 EXCLUSIVE comic collectibles including 4 exclusive variants and an exclusive Gotham City Sirens Lil’ Bombshells figure. 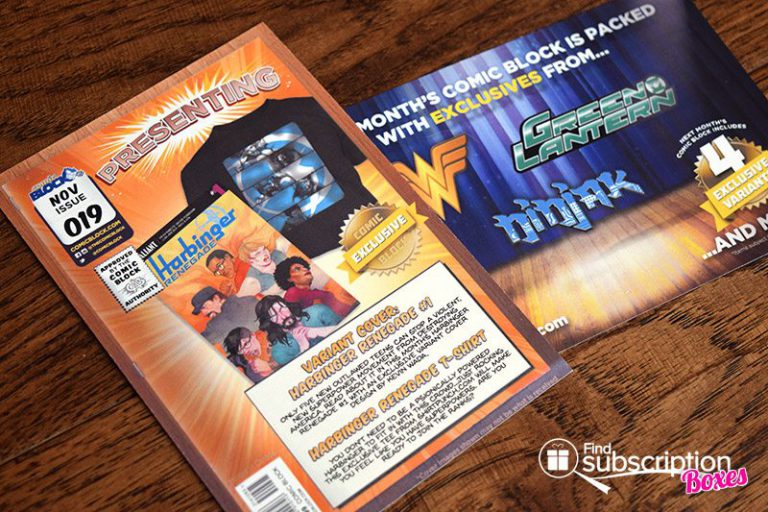 Here’s a first look inside our November 2016 Comic Block. 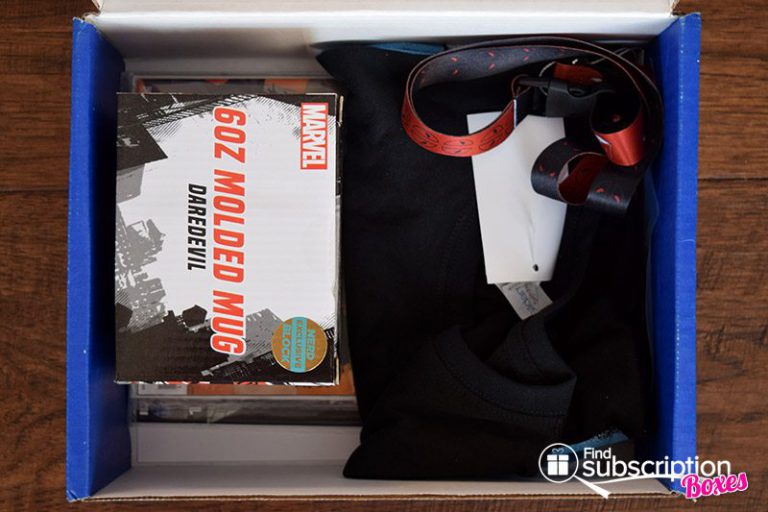 Inside the November 2016 Comic Block

There were 8 comic book collectibles in Comic Block’s November box.

Bonus: A $10 Shirtpunch.Com Credit is in every Block! This month there was also a $10 credit to the Nerd Block Shop.

November’s Comic Block was totally packed with exclusive comic books and fun comic book collectibles. First is the Harbinger Renegades t-shirt and exclusive issue #1 comic book. We’ve seen this style of shirt design on a past Guardians of the Galaxy shirt and love how each bar of the design represents a different renegade. In the Issue #1 Harbinger Renegade comic book by Valiant comics, we catch up with Faith, Kris, and the other Renegades as they grapple with the consequences of leaking Toyo Harada’s secret files.

We didn’t know what to expect with the Batman and Teenage Mutant Ninja Turtles comic book from IDW. In their first adventure, the Turtles and Batman both come across a mysterious symbol surrounding some unexplained occurrences.

From Dark Horse Comics, Hellboy and the B.P.R.D. 1954 comic book series introduce us to Hellboy’s first few years as an agent of the BPRD. In this third BRPD mini, The Unreasoning Beast, Hellboy and Agent Farrier travel to an island in the Arctic Ocean to investigate a yeti-like monster.

The fourth comic book, Masked from Titan Comics, introduces us to Frank Baffort. Frank a soldier suffering from PTSD who is trying to adjust to his new life in Paris, including the mysterious Anomalies.

The Daredevil Mini Mug is a fun geek kitchen item. The mug is a metallic red design of Daredevil’s head. It’s “mini” because it’s a 6 oz size.

The art print by Tommoken features many of your favorite X-Women – from X-23 to Dani Moonstar – wearing the latest trends in street style. It is a fun fashion comic book art item.

Lanyards are a staple item in tech companies or jobs with key access. The Deadpool lanyard allows you to be a little rebellious, even while at work.

What was your favorite November Comic Block comic book item?