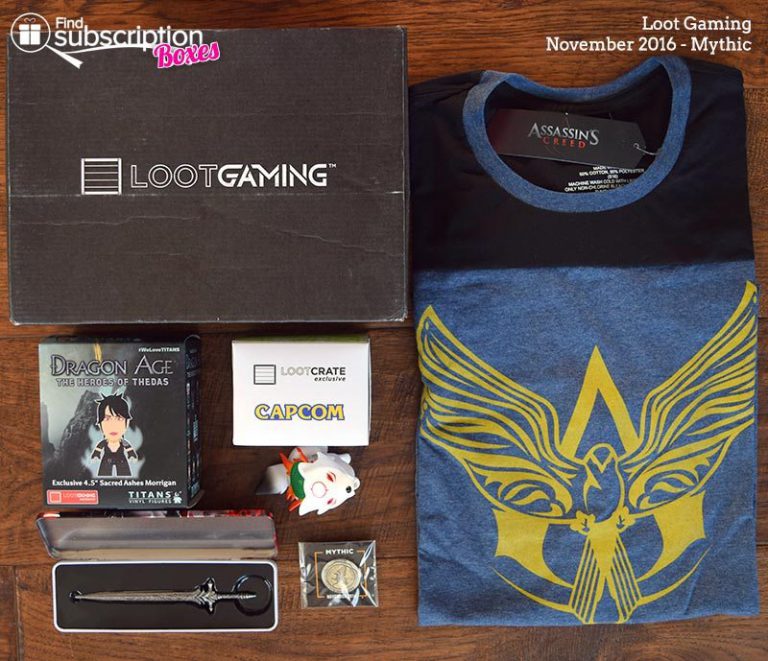 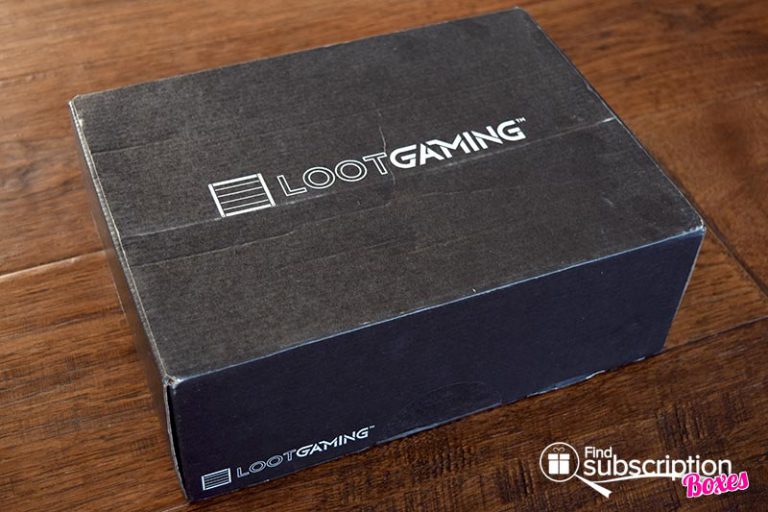 Loot Crate included a large poster that represents the Mythic theme. Descriptions of each month’s gamer collectibles were on the back of the poster. 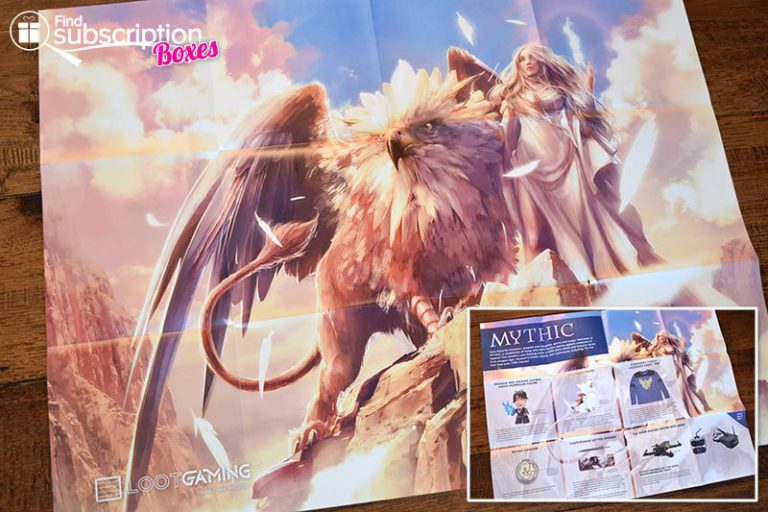 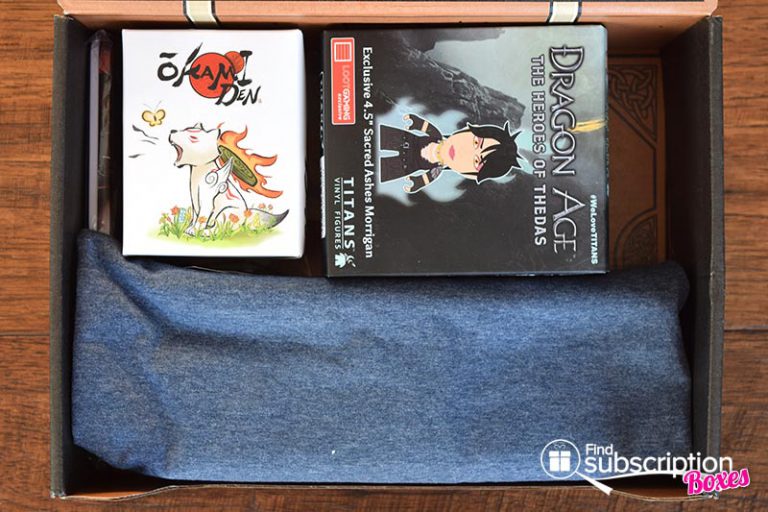 There were 5 video game items in the November Mythic Loot Gaming subscription box.

For the first time, Loot Gaming had TWO figures. From Dragon Age, Morrigan is a Witch of the Wilds and a powerful mage. This figure shows Morrigan getting ready to cast a spell. The next figure was a cute Chibiterasu from Okamiden. The figure of the tiny, celestial wolf puppy had a Divine Instrument floating above his back. His tail is shaped like a calligraphy brush, in style with the calligraphy gameplay mechanic unique to the game.

Finally, the Castlevania letter opener is the coolest way to open letters. The replica Void Sword is detailed from hilt to blade. Keep it in the tin so you don’t accidentally misplace it.

What was your favorite geek item from the November Mythic Loot Gaming crate?

Use Loot Gaming coupon code SAVE3 for $3 off any new Loot Gaming subscription or save 15% with code MAD15. Join today!