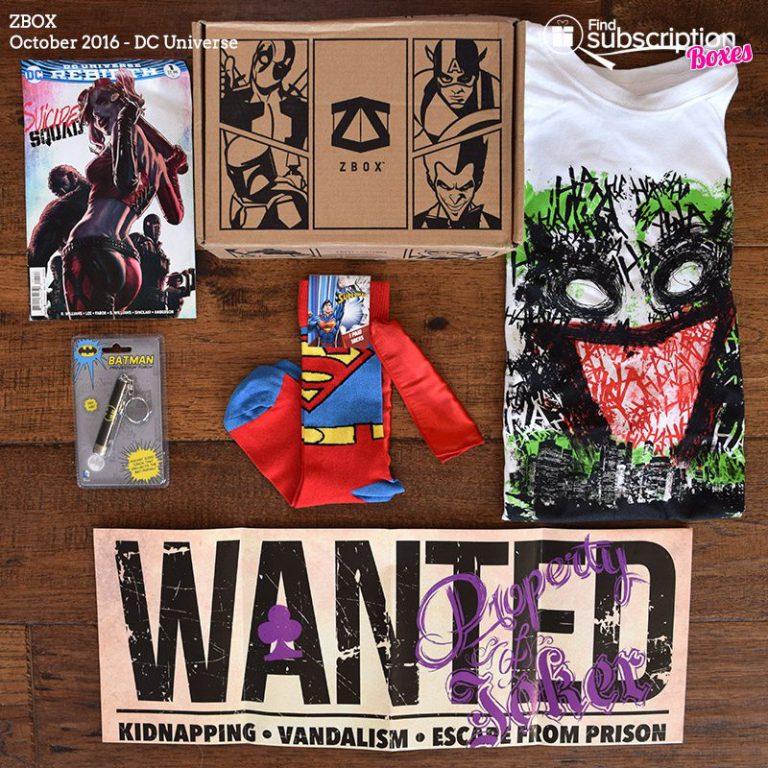 ZBOX is a monthly subscription box for geeks that delivers a variety of geek items tied to a monthly theme. Each ZBOX features over £40 worth (that’s about $50) of exclusive, licensed merchandise. With today’s ZBOX review, we’re unboxing the October 2016 ZBOX monthly geek box. The ZBOX October 2016 theme was DC Universe and featured items inspired by Gotham and Metropolis. 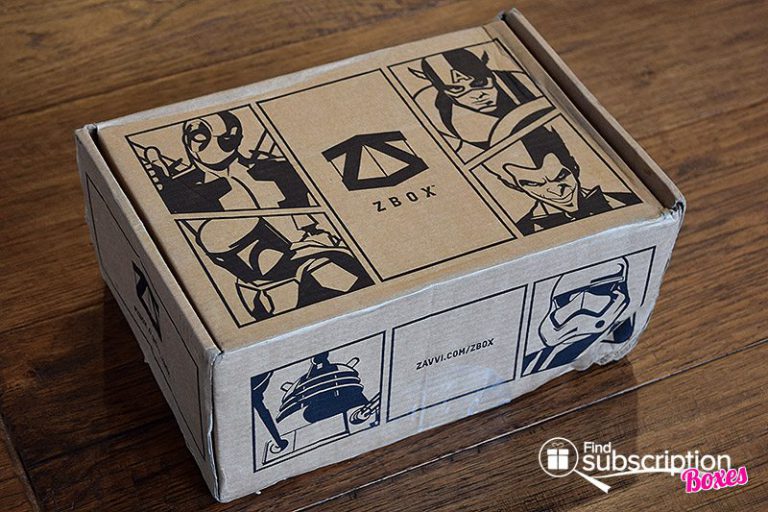 ZBOX includes a fun magazine revolving around each month’s theme. The magazine includes fun articles and a description for each of the items in the box. 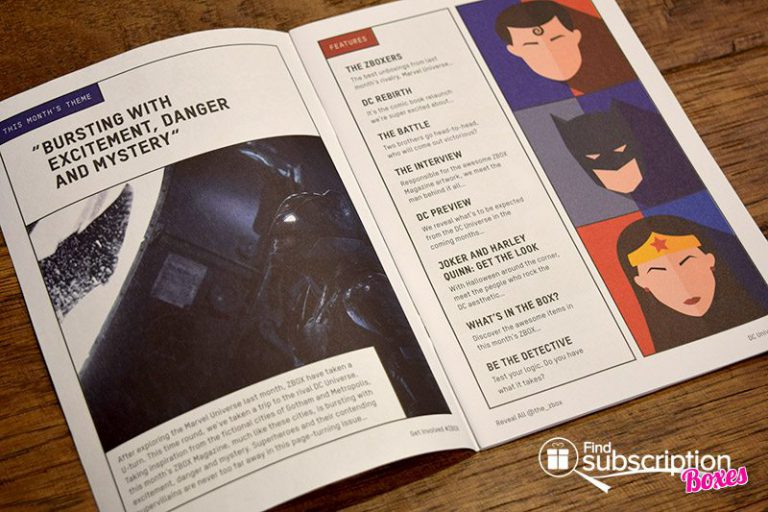 Here’s a first look inside our October DC Universe ZBOX. 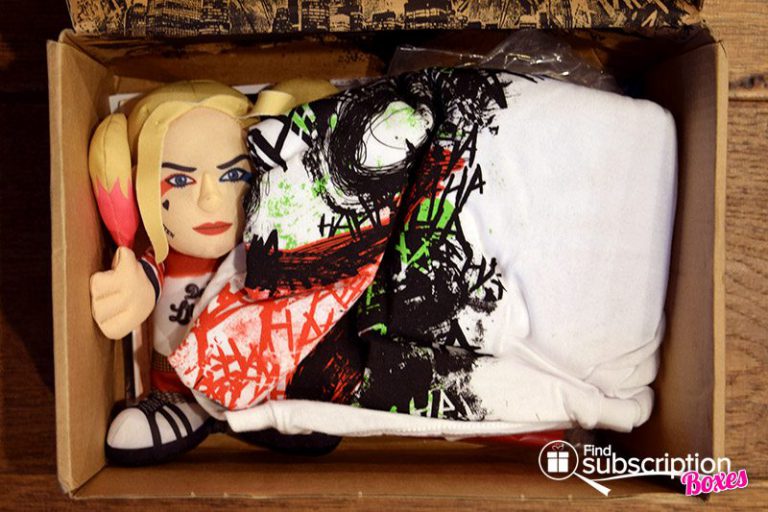 Inside the October 2016 ZBOX

There were 6 geek collectibles in our October 2016 ZBOX.

The October ZBOX delivered several items from Suicide Squad and other DC Comics characters. First up is the Joker t-shirt which has Joker’s infamous grin laughing over the city of Gotham.

Next, there were two Harley Quinn items in the DC Universe ZBOX. The large Harley Quinn Wanted poster features Margot Robbie wielding Harley’s bat, along with the “suspects” description. Next is the Harley Quinn plush. It’s sporting Harley’s red, white, and blue outfit and pink and blue ponytails from DC Comic’s New 52.

In Rebirth Suicide Squad Issue #1, we catch up with Amanda Waller as she sends the Suicide Squad on a new mission. They also share parts of Deadshot’s origin story and how he ended up in Belle Reve Penitentiary.

You can’t explore DC Universe without coming across two of the most famous superheroes. We love the exclusive Superman socks. The Superman logo is on the leg of the sock and the back of the sock has a red cape! The last item is the Batman Projector Torch. This pocket-sized light shines a Batman logo wherever you shine it.

What was your favorite geek collectible from the October DC Universe ZBOX?