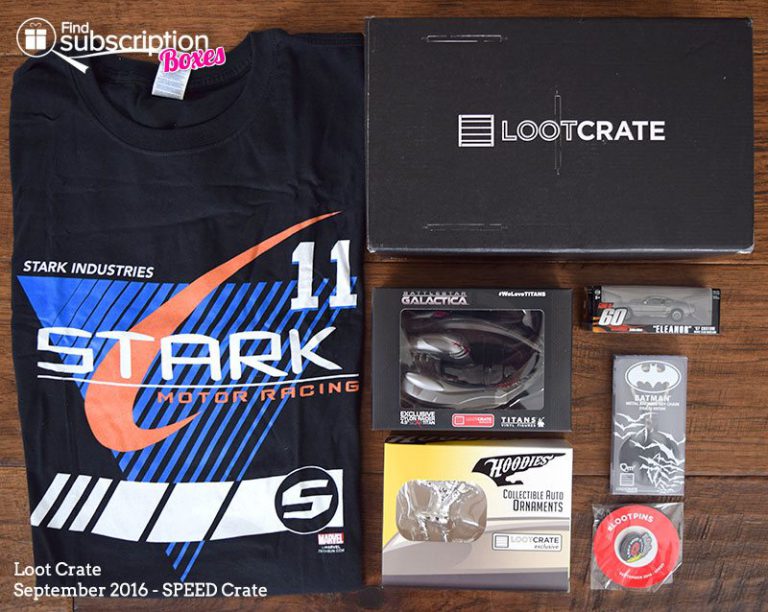 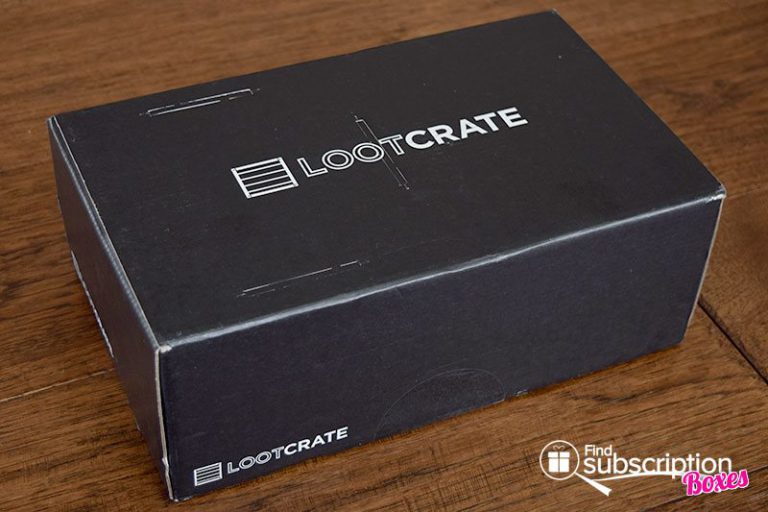 Loot Crate includes a new issue of Loot Crate magazine in each geek box. The LC Magazine provides the descriptions for each of that month’s items and mini-articles for each geek product. This month there was a Q&A with Wonder Woman artists and an inside look at the Loot Crate SDCC crates. 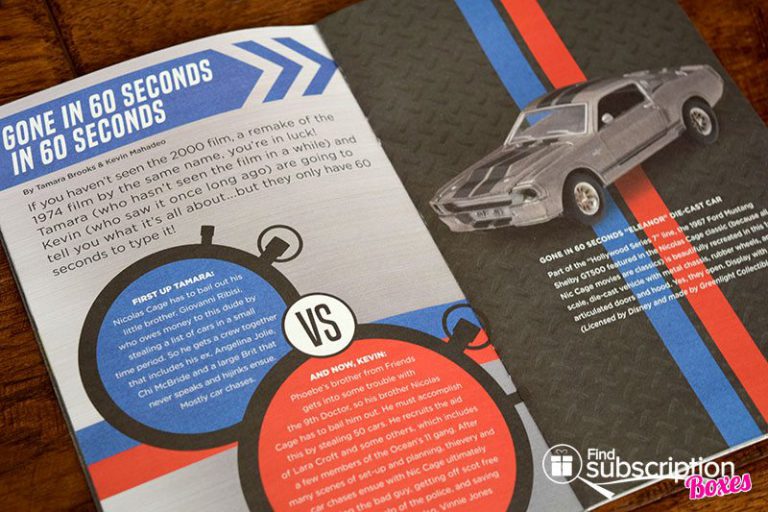 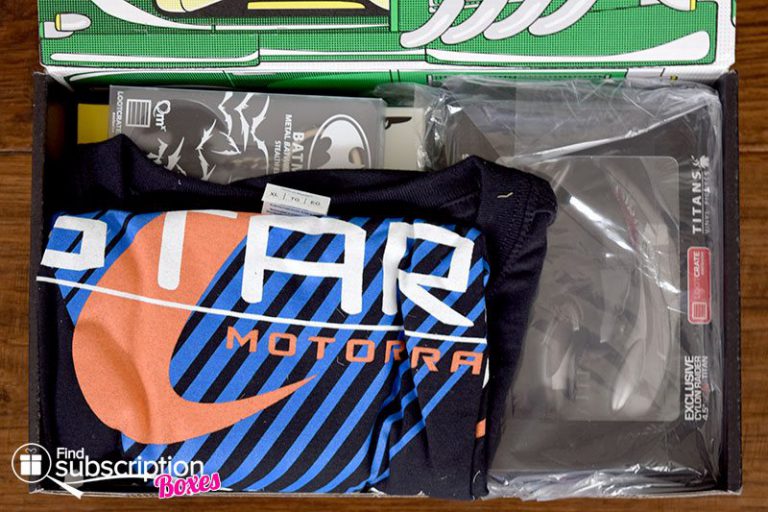 There were 5 geek and gamer collectibles in the September Speed Loot Crate.

The September Speed Loot Crate delivered collectibles featuring fast vehicles and accessories for geeks who feel the need for speed. First up is the Stark Industries Racing tee inspired by Tony’s car race through the streets of Monaco in Iron Man 2. The shirt features the Stark Industries logo and racing design and Tony’s race car #11 on the front.

The next speed-inspired vehicle is the super fast Scar Cylon Raider. This vinyl figure stands 4.5″ and comes with a display stand. It’s detailed with battle damage on the front and sides that resembles scars.

While not a space ship, the Shelby GT500 model is still a fast ride. “Eleanor” refers to the nick name Nicholas Cage gave to this elusive car in Gone in 60 Seconds. The die-cast car model in September’s Speed Loot Crate can be displayed as is or with open doors and hood.

You can decorate your own car with the your The Flash or Arrow collectible Hoodies Auto Ornament. Made of high-quality hard plastic, the ornament has a magnetic base to attach to your vehicle or desk. The magnetic won’t work on fiberglass, aluminum, and other non-ferrous surfaces so it’s not advised to be used on moving vehicles that travel at higher speeds.

Batman has more speedy vehicles than the Batmobile. QMx honors Batwing, Batman’s stealth aircraft, with this detailed metal Batwing keychain. Use it to decorate your bag or to hold your car keys.

What was your favorite September Loot Crate Speed crate collectible?