Bitchy Box is the home of angry vajayjay survival kits – a monthly subscription for when Mother Nature sucker punches you in the uterus. Filled with a variety of sweet treats, salty snacks and handpicked gifts, Bitchy Box conquers your cravings as you ride the crimson wave towards cramps of disaster. 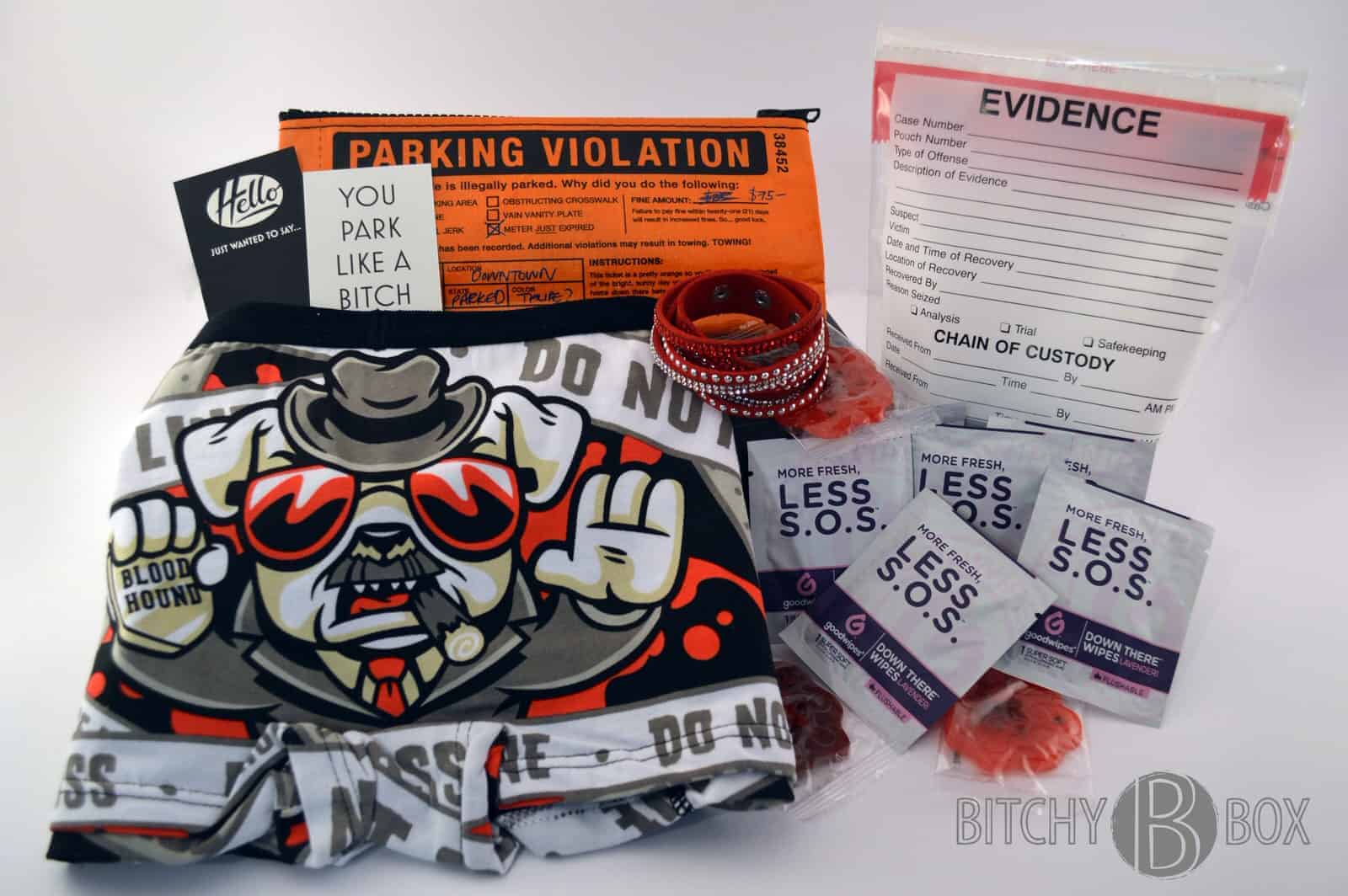 Murder In My Pants Box: She was too late. Blood. Blood everywhere. She threw down the tampon she had been clutching and dropped to her knees. Channeling her best Nancy Kerrigan circa 1994 crowbar attack, she wailed, “Why?! Whyyyyy meee?! Why!”

Clutching her uterus she slunk to the floor, the tampon crinkling when kicked haphazardly to the side.

“But you’re EARLY!” she sobbed. She stared down at the massacre before her and felt another sob rise into her throat. There was a soft knock on the door. She stifled the sob using a towel someone had left balled on the floor.

She sniffled into the towel. “There’s…there’s been a murder.”

How would you rate Murder In My Pants Bitchy Box ?