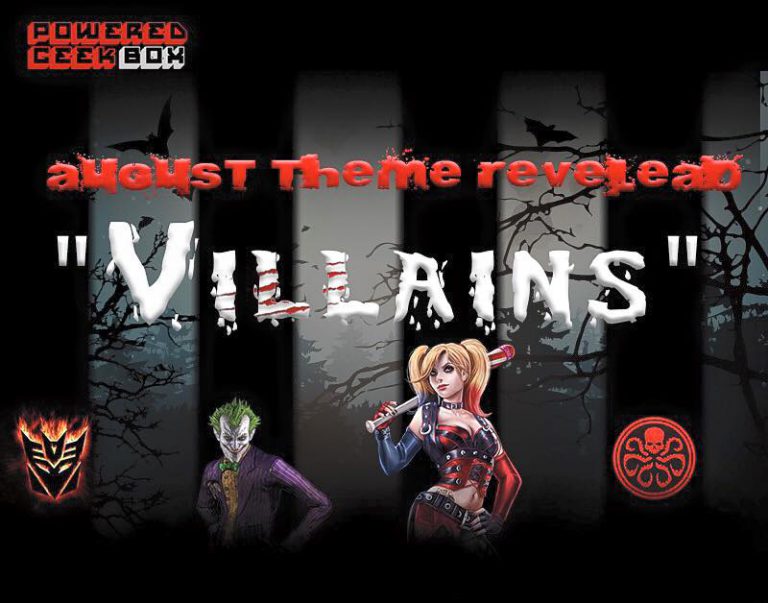 This month is all about the villains: The masterminds we love to hate. We know them as the ones who concoct diabolical plans to scare civilians and give heroes a real reason to try and be heroes. Whether it’s for world domination or as an act of revenge, these bad guys love to be bad.

Powered Geek Box has also shared box spoilers for the August box. This month’s geek box will have geek goodies from Suicide Squad! While not confirmed, it looks like there may also be collectibles for Joker, Voldermort (Harry Potter) and Star Wars.

Are you excited about the Villains-themed Powered Geek Box?