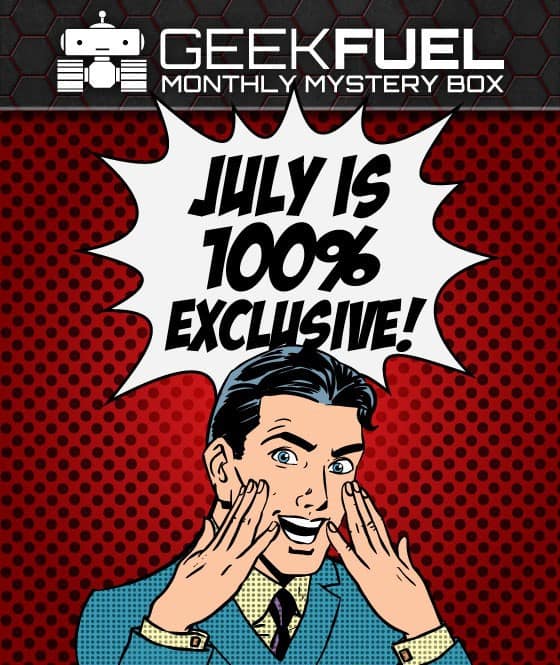 The July Geek Fuel box is, for the first time ever, filled with 100% EXCLUSIVE items. That means that every single thing you get from us is something you won’t be able to find ANYWHERE else.

Here are some of the EXCLUSIVE items Geek Fuel geek box subscribers will receive in July’s box:

Which Geek Fuel July 2015 box spoiler are you most excited to receive?

Want to receive geeky gifts delivered to your door every month? For a limited time, get a FREE exclusive Issue #0 Retro Magazine with new Geek Fuel subscriptions when you subscribe using this link – a $10 free gift value! 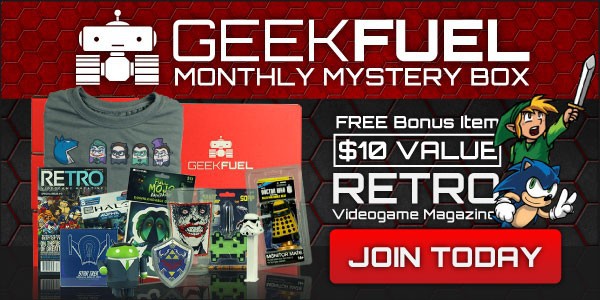