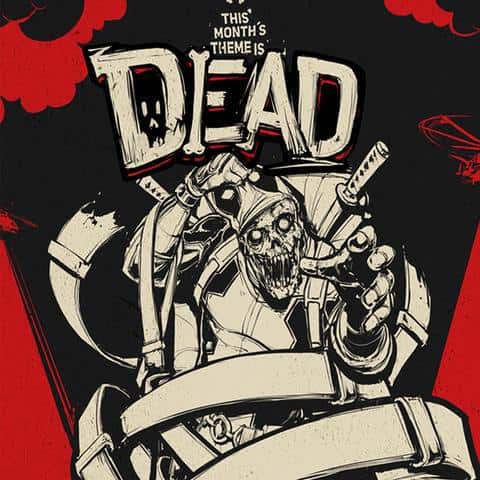 Grab your gear and load up on chimichangas — the DEAD (crate) arrives this February!

This month the Deadpool Movie hits the big screen and our friends from The Walking Dead return! We’re celebrating with a Loot Crate of the DEAD!

All of the February Loot Crate items are officially licensed. The Loot Crate (Dead) Crate will have an EXCLUSIVE t-shirt and two figures!

Are you excited for the Loot Crate February 2016 theme and box spoilers?