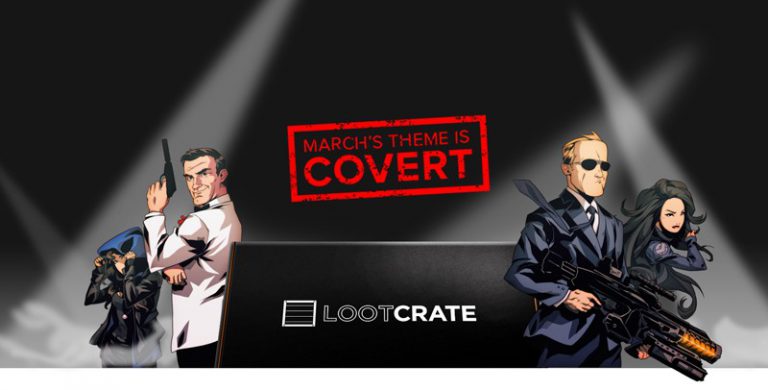 Loot Crate has just announced the March 2015 Loot Crate theme and Mega Crate contents. In addition, we have a few box spoiler hints for the Loot Crate March crate.

The Loot Crate March 2015 Theme is COVERT and features a collection of items inspired by COVERT operations!

We have compiled a crate inspired by secret agents, femme fatales, power-hungry madmen, and their really cool gadgets! So study the mission and get ready to embark on an EPIC adventure in March!

Loot Crate randomly selects one Loot Crate subscribe to win a different Mega Crate each month. The March Mega Crate is worth more than $24,00 and features items to help you take a break from your COVERT missions with some game play.

What do you think about the March 2015 Loot Crate theme and box spoilers? Do you have a favorite spy/covert movie?