Feel the adrenaline of some of pop culture’s quickest vehicles and characters because September’s all about SPEED!

We also have a sneak peek into the September 2016 Loot Crate Speed crate with our first box spoilers! The Speed Loot Crate has items an EXCLUSIVE Batman collectible. 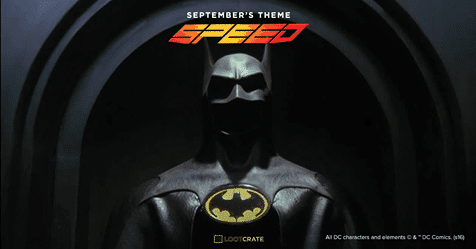 A collectible from CW’s The Flash is also in Loot Crate’s SPEED crate. 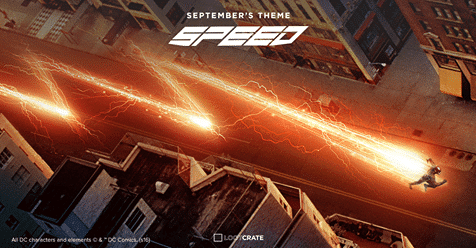 In addition, an Arrow item is in the SPEED crate. 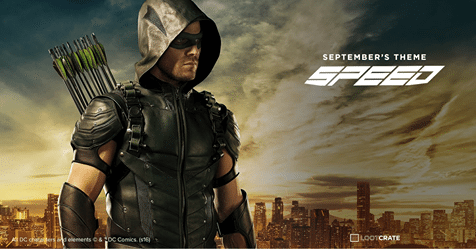 Loot Crate has confirmed that September’s Speed-themed geek and gamer mystery box has:

What do you think about the Loot Crate September 2016 SPEED theme and box spoilers?

Reserve your September Speed Loot Crate in the next 48 hours and save $4! Join Loot Crate today and use code FIRST at checkout to save. Hurry, this Loot Crate coupon expires 8/28/2016 at 9PM PST.

Coupon expired? Save $3 off September’s Loot Crate when you use coupon code LOOTR3 or use code FINDBOXES to save 10% off any Loot Crate subscription. Sign-up for 12 months of Loot Crate geek boxes and you’ll get a free Loot Crate t-shirt!