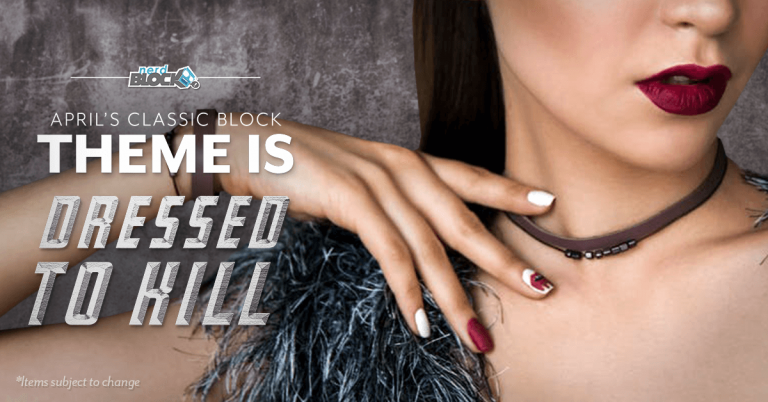 Show everyone how great you look with April’s Classic Block. Featuring 3 STYLISH EXCLUSIVES!

Do you have a special event coming up soon? Get ready to look your best with April’s Classic Block featuring EXCLUSIVES from Anchorman, The Godfather & Deadshot. Plus an incredible wearable from The Joker!

Are you excited about April’s Dressed to Kill Nerd Block Classic Block?