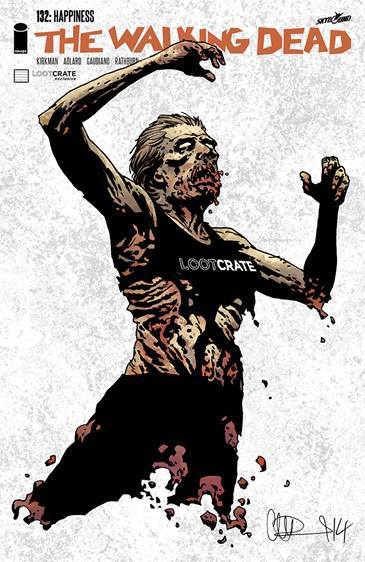 The October 2014 Loot Crate will include a special edition of The Walking Dead #132 with a new cover by artist Charlie Adlard!

What do think about this October Loot Crate box spoiler? Let us know in the comments below!

Want to get the October 2014 Loot Crate? Subscribe by 9PM PST, October 19th to reserve your October Loot Crate. Use code FINDBOXES to save 10% off any new Loot Crate subscription!