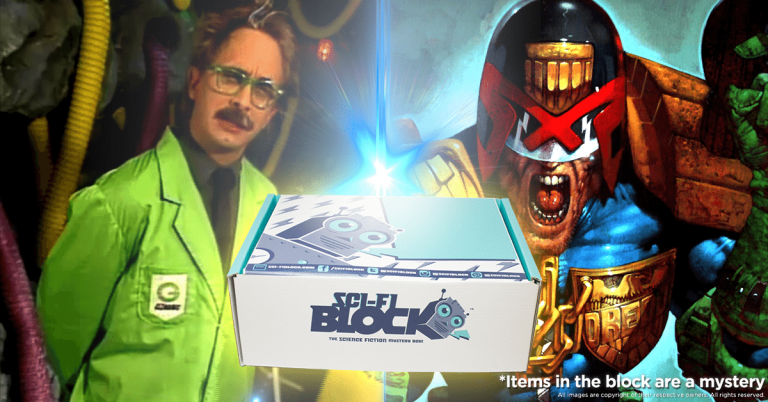 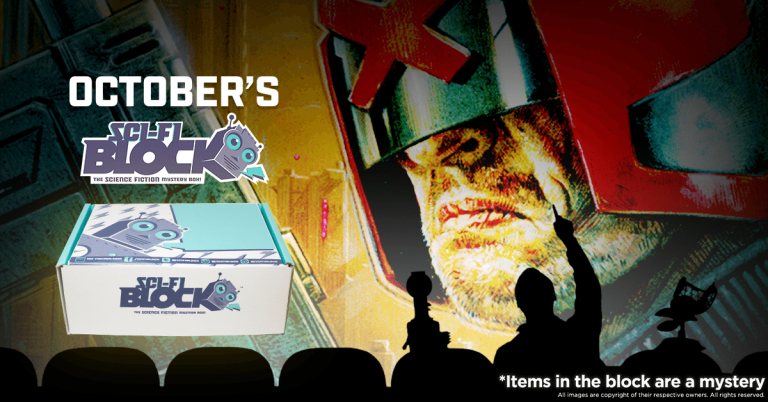 In addition, the October Sci-Fi Block by Nerd Block has an exclusive Jurassic Park collectible.

October’s Sci-Fi Block jam-packed with a few HUGE surprises and has something special for Mystery Science Theater 3000 and Judge Dredd fans! Plus, an item so authentic you’d swear we fought off a T-Rex for it. Chill, or be killed.

Subscribe to Sci-Fi Block by October 15, 2016 to reserve your sci-fi nerd gear and collectibles. Join now.

Are you excited for October’s Sci-Fi Block science fiction collectibles?