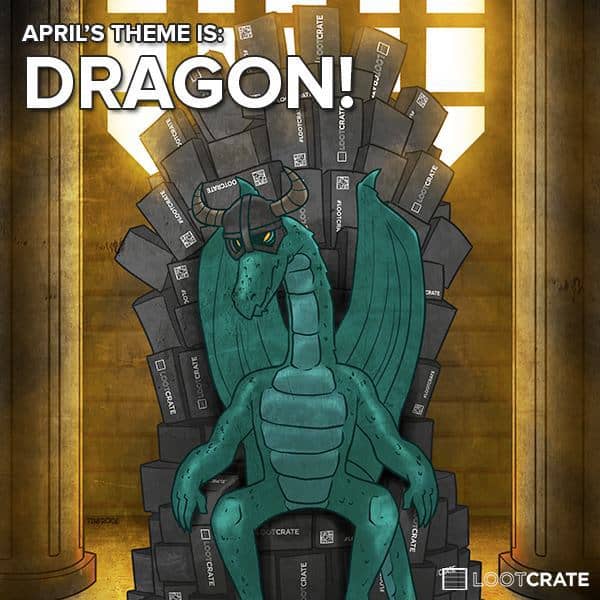 It’s that time – time for the April 2014 Loot Crate theme! The theme for April’s Loot Crate box is: DRAGON! Loot Crate is one of our most popular subscription boxes, delivering a monthly box filled with fun, cool, and unique items for gamers and geeks.

The April 2014 Loot Crate is a celebration of the mythical beast with great wings and firey breath and includes items from: Game of Thrones, an EXCLUSIVE The Elder Scrolls collectible & more DRAGON themed goodness!

Want your DRAGON themed Loot Crate? Use code DRAGON to save $3 or use code FINDBOXES to save 10% off your Loot Crate subscription.

Each month, Loot Crate gives away a special MEGA CRATE to one lucky Loot Crate subscriber. April’s MEGA CRATE is the most valuable MEGA CRATE yet, with a value of OVER $1,000! 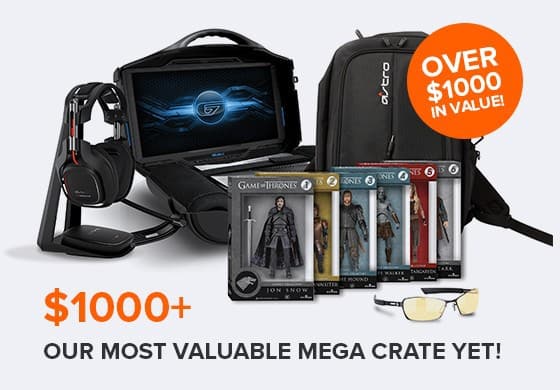 Check out the epic goodies that are in the April Loot Crate MEGA CRATE:

You have to be a Loot Crate subscriber for a chance to win this MEGA CRATE. Join Loot Crate today!