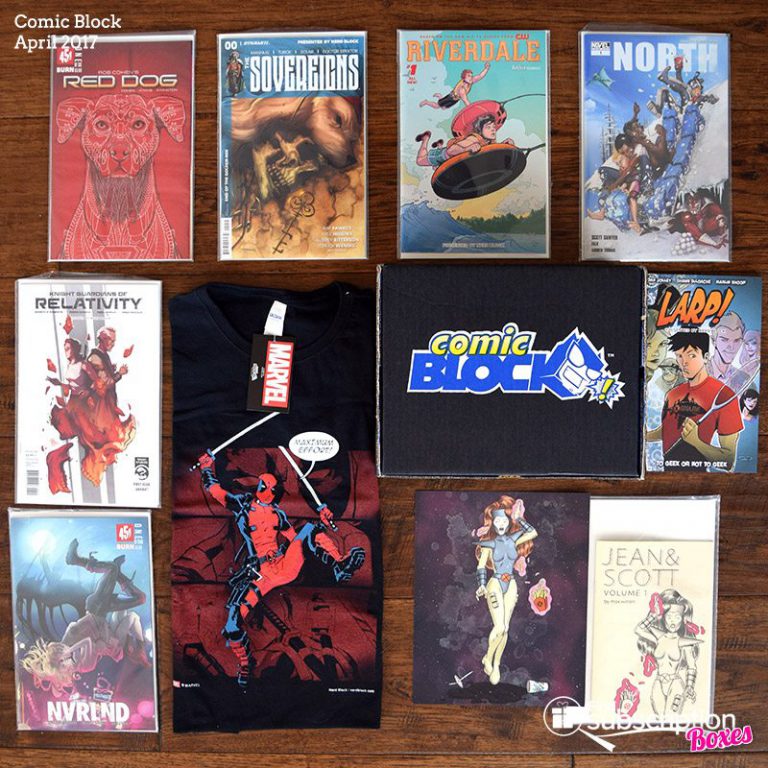 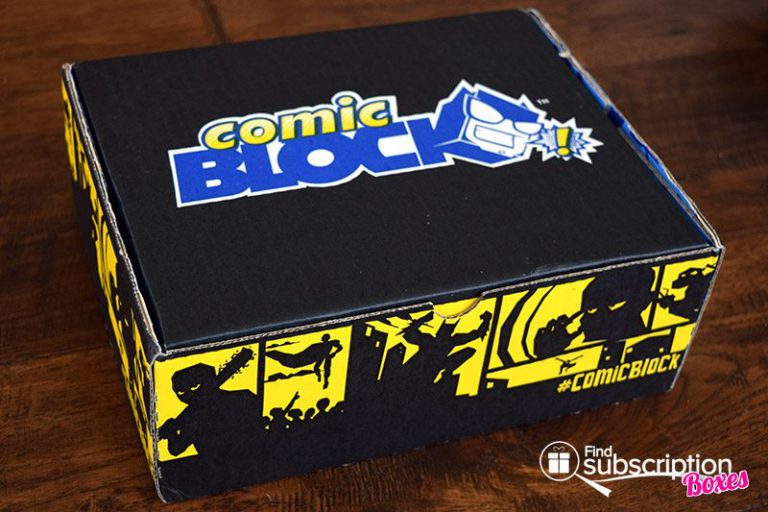 Comic Block recently added a monthly Nerd Block Magazine – Comic Book Edition. The magazine has descriptions for each of the comic book collectibles in the box.  There were also other articles like The 6 Toughest Women in Horror and a Q&A with Fossil Games, the creators of the Camp Sunshine video game featured in April’s Gamer M for Mature Block. 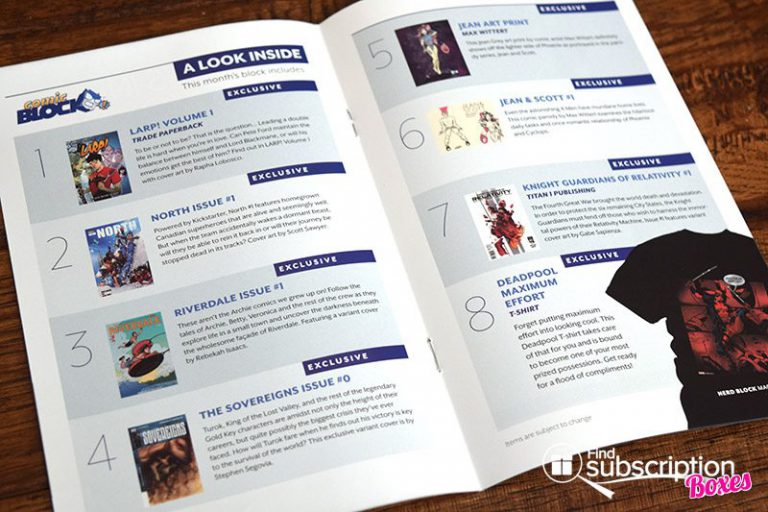 Here’s a first look inside our April 2017 Comic Block. 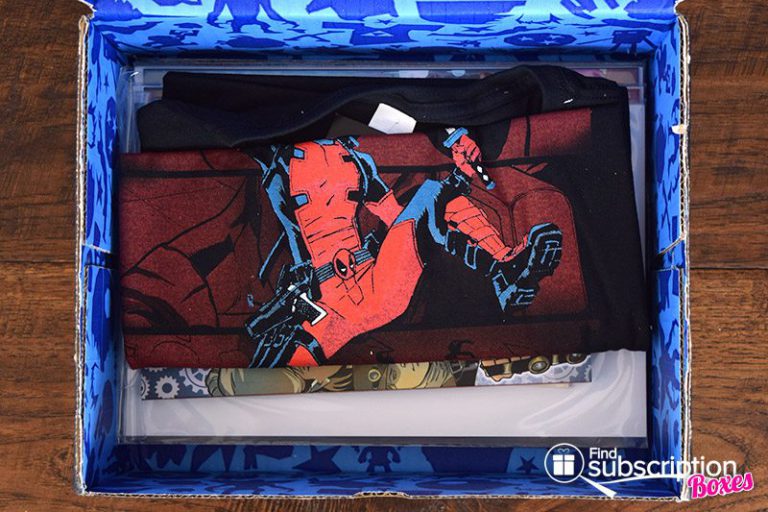 Inside the April 2017 Comic Block

There were 10 comic book collectibles in Comic Block’s April box.

BONUS: Subscribers received TWO of the following by 451 Media Group:

We were pleasantly surprised to see how many comic books were in April’s Comic Block. All of these Issue #1 and Issue #0 comic books are new series for us. We love that Comic Block introduces us to both new and older comic book series in each box. April’s comic book t-shirt features Deadpool leaping through the air with swords drawn and yelling Maximum Effort. You’ll feel ready for anything when you wear it!

North is a new comic book series written and illustrated by Scott Sawyer and funded by Kickstarter. In this Issue #1, we meet to an oddball group of superheroes from a giant metal robot to a werewolf. The storyline is engaging and action-packed, with bits of humor thrown in. The beginning and end of the issue leave us (and some of the heroes) hanging.

This month’s art print features Max Wittert’s version of Jean Gray imagined as a housewife. In the comic book Jean  Scott Issue #1, we see Jean hilariously using her powers to try to save sandwiches from a seagull, get a soda refill, and in other parts of daily life.

The CW has brought a modern-day version of Archie Bunker and his friends back to the small screen. In Riverdale #1, we catch up with Archie, Jughead, Betty and Veronica. Archie has made it to the Varsity football team, as long as he makes it through hell week. While Betty made it on to the cheerleading squad, team captain Cherly is determined to force her off.

We’re still working our way through the other comic books and look forward to seeing what adventures are in store.

What was your favorite April Comic Block comic book item?