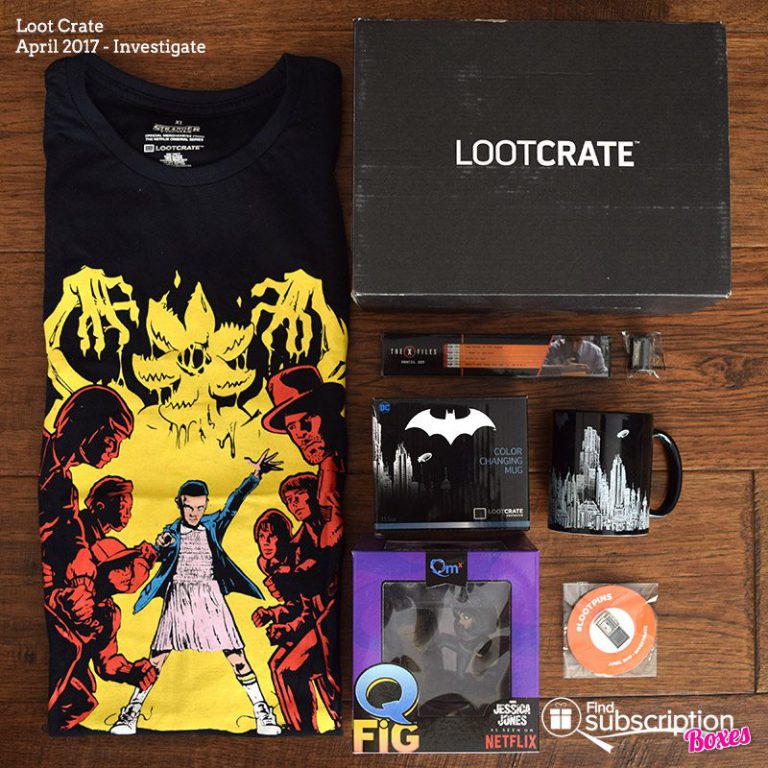 Loot Crate monthly subscription boxes are perfect for geeks and gamers. Each Loot Crate subscription box has a new geek theme and features $45+ worth of geek t-shirts, vinyl figures and other collectibles that fit that month’s theme. With today’s Loot Crate review, we’re unboxing the April 2017 Loot Crate. The April Loot Crate theme was INVESTIGATE. 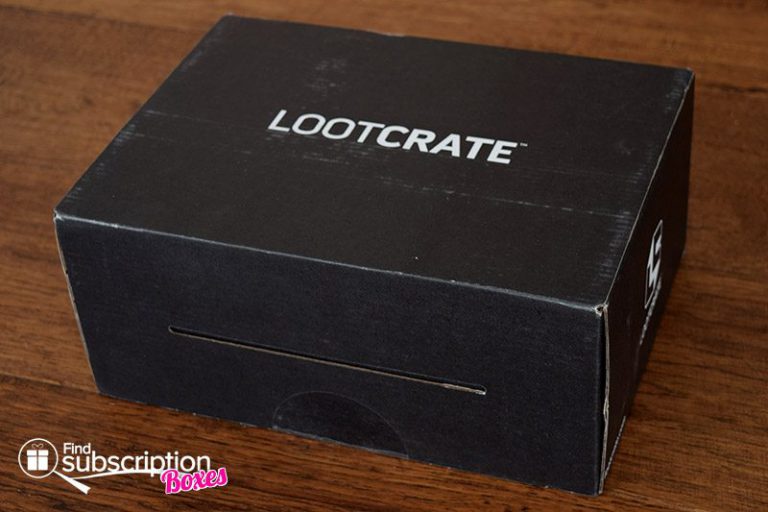 Loot Crate included a colorful, multi-page brochure with pictures and descriptions of this month’s collectibles and the brands they represent. This month there was also several clues subscribers needed to “solve” to unlock bonus loot. 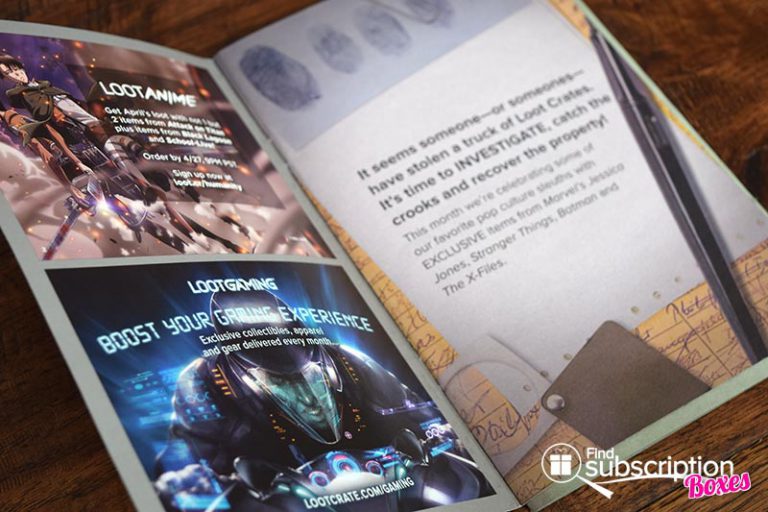 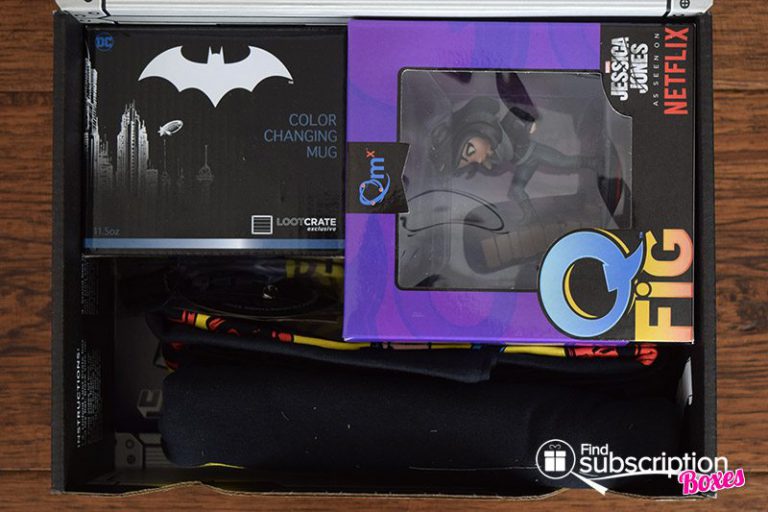 There were 5 geek and gamer collectibles in the April Investigate Loot Crate.

BONUS: Loot Crate has partnered with Comixology to give subscribers a FREE digital comic every month. This month, Looters receive free digital copies of X-Files (2016) #1 and X-Files: Origins #1!

Loot Crate recently launched the Secret Order of Keys which gives Looters a series of fun challenges to use your loot in new ways, unlock digital keys, and become the ultimate Looter.

April’s Loot Crate had exclusive loot from some of our favorite detective heroes. This exclusive Jessica Jones Q-Fig is modeled after Netflix’s Jessica Jones (Krysten Ritter). This sassy vinyl figure shows Jessica Jones using her super-strength to kick down a wall.

We’re big fans of color-changing mugs. They make your morning cup of coffee so much more interesting. With the Batman Color-Changing mug, green gas clouds from The Joker’s latest attack and a bright yellow Bat symbol appear in the skyline.

Stranger Things fans will love this exclusive tee featuring Eleven. It shows Eleven ready to use her psychokinetic with the Demogorgon lurking in the background.

Next are the fun X-Files pencil. Loot Crate also included a small pencil sharpener so you can get ready to take some notes. Each pencil has a Mulder quote like “The truth is out there” and “Trust no one.”

Which was your favorite April Loot Crate Investigate crate collectible?

Make sure you check out the Loot Crate May 2017 box spoilers for a sneak peek into next month’s geek and gamer box!

Don’t miss another box! Save $3 off new Loot Crate subscriptions when you use coupon code LOOTR3. Sign-up for 12 months of Loot Crate geek boxes and you’ll get a free Loot Crate t-shirt!