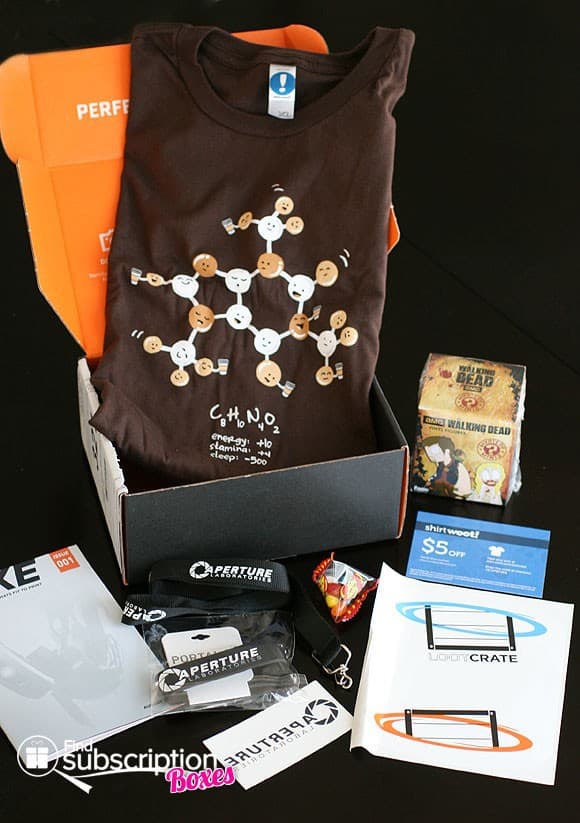 Loot Crate is a subscription box that is design just for self-proclaimed gamers and geeks. If you love video games, MMORPGs, first-person shooters, or anything else gamer or geeky related, then this is the subscription box for you.

The Loot Crate box is a simple yet sleek black box with “Loot Crate” printed elegantly on the side. 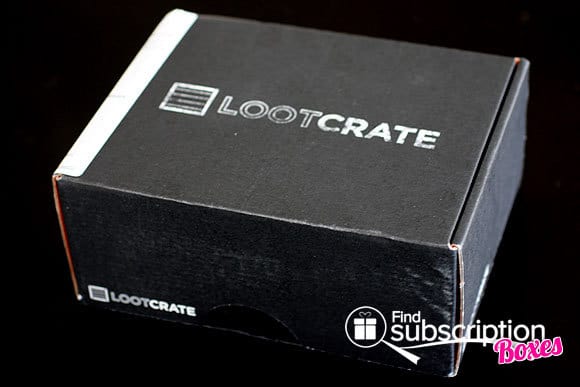 Inside this month’s box was a small booklet/mini-magazine with a description of all of the loot inside that month’s box. 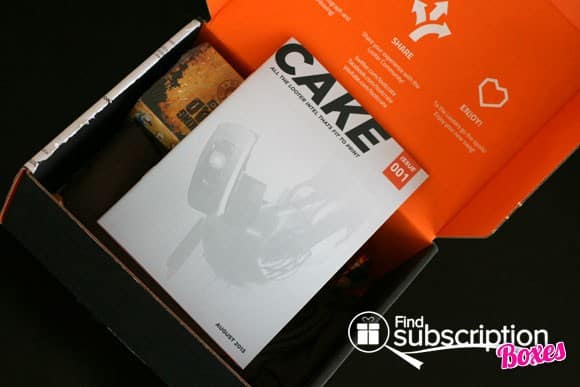 It said “Issue 001” on the front, suggesting (or maybe it’s wishful thinking) that future Loot Crate boxes will feature this same mini mag. 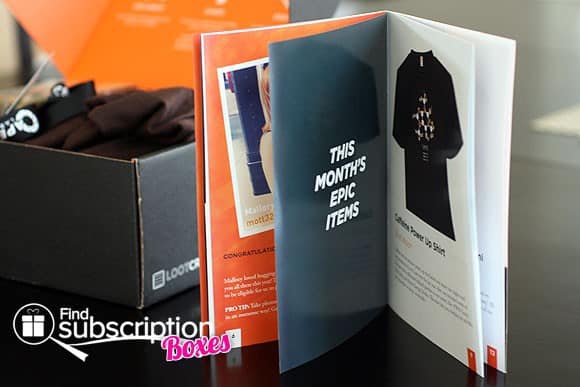 This month’s Loot Crate had some fun products, including a fun t-shirt, The Walking Dead figurine, and some Portal 2 items.

The August 2013 Loot Crate had 9 products inside. 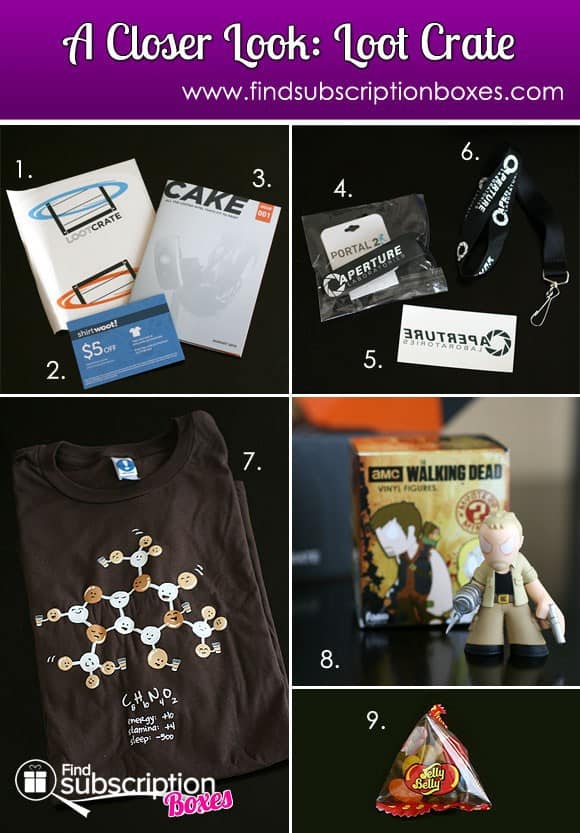 Add a little fun to a binder, your car, or a wall with a Loot Crate sticker. Because stickers are fun.

Can’t get enough of t-shirts? Use this coupon code to save $5 off when you shop at shirtwoot!

The first (of hopefully many) mini-magazines from Loot Crate that described what was in this month’s box, as well as other Loot Crate news and announcements.

I never really jumped on the whole wristband phenomenon, but this is definitely a fun way to show off your Portal 2 fandom.

This temporary tattoo is perfect for those who love Portal 2 but want to leave room for another awesome game.

Show off your access badge with pride using this Aperture Laboratories Lanyard!

Do you need your morning or afternoon cup of coffee every day? Grab this Caffeine Power Up shirt to show off the power-ups you get from caffeine.

Keep a reminder that you’ll always fight zombies with a The Walking Dead Mystery Mini figurine on your desk. We got Merle (before he turned) but there are many more characters available in mini-form.

A handful of Jelly Belly jelly beans are a perfect pick-me up for a mid-game break.

This month’s box was really great for Portal 2 fans who can sport their new Aperture Laboratories swag. We’re big fan of the caffeine t-shirt, which is a fun way to show off our “geekiness.” The August 2013 Loot Crate box had an estimated value of over $40, not include the Loot Crate stickers or the $5 coupon code, making it’s value about double the monthly subscription fee.

Want to get your own monthly Loot Crate box? Check out our Loot Crate listing for the latest Loot Crate coupon codes and promotions.