Arcade Block is a video game subscription box from Nerd Block. Every Arcade Block has 4-6 video game collectibles, including an exclusive gamer t-shirt, with a total $60+ value. In addition, Nerd Block announced that every Block has a free $10 credit to ShirtPunch.com! With today’s Arcade Block review, we’re unboxing the August 2016 Arcade Block. 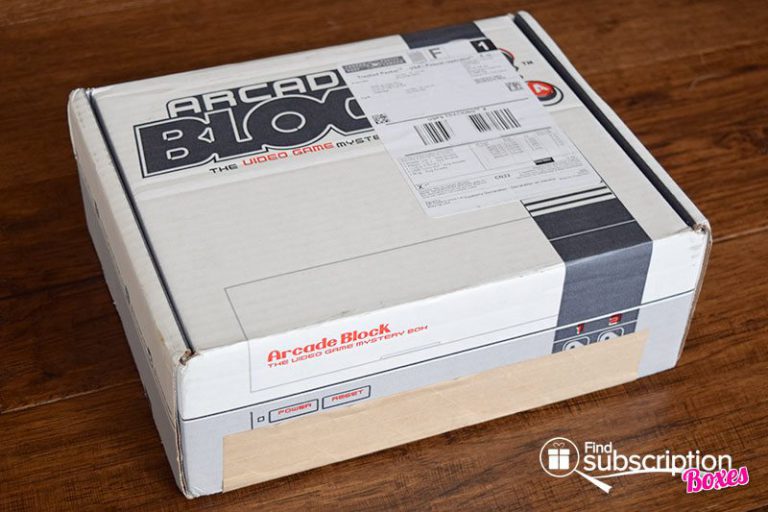 Arcade Block includes a product card that shares information about the gamer collectibles in that month’s box. There was also a spoiler for the September Arcade Block. 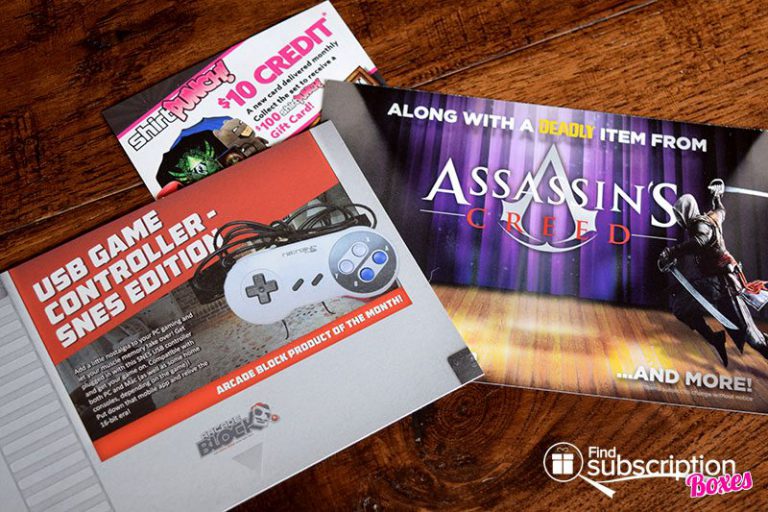 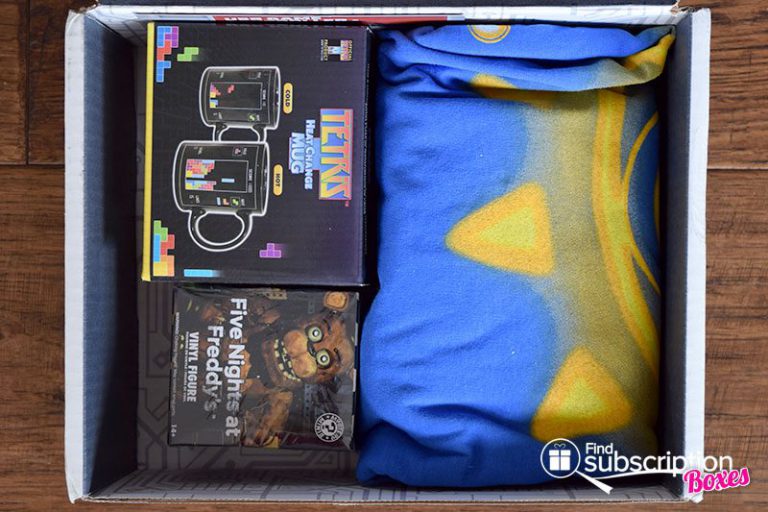 Inside the August 2016 Arcade Block

There were 5 collectibles in our August Arcade Block monthly gamer box.

Bonus Item: $10 ShirtPunch Credit. Collect all 9 pieces and get a $100 credit to ShirtPunch.

We loved the retro video games featured in the August Arcade Block. Our favorite item is the Tetris heat change mug. When it’s cool, the mug just shows a few lines that need to be completed. As the mug is filled with hot coffee or water, more lines appear and more of the classic game screen is revealed.

The USB Game Controller from Retro Link is a fun way to play some of our favorite Super NES games on the PC. It’s a plug-and-play controller so you just need to plug the controller into a USB port and load up your favorite SNES game. The controller has the familiar D-pad, A, B, X, Y buttons and the Start and Select buttons.

The collectible Super Mario figure from K’Nex and the Zelda Eye of Truth t-shirt are perfect companions for retro game play. We got the Yoshi figure in our Super Mario blind bag.

What was your favorite August Arcade Block video game item?