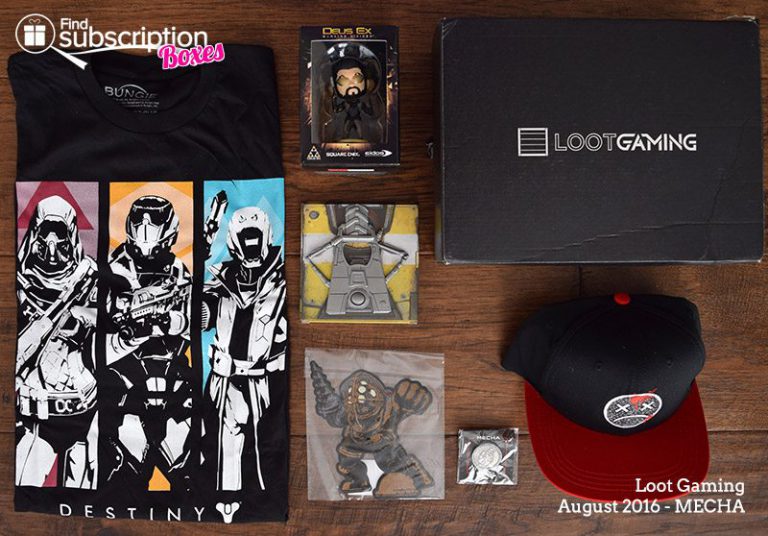 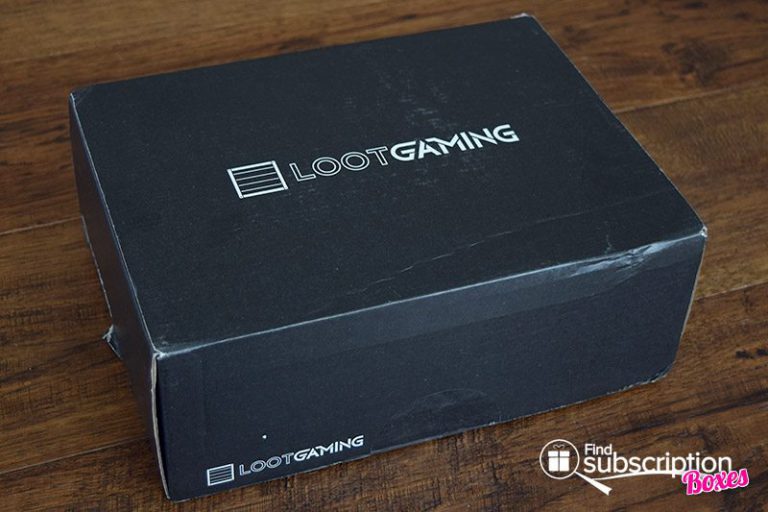 Loot Gaming includes a colorful “Game Manual” that has descriptions of each month’s collectibles, as well as fun articles related to each item. 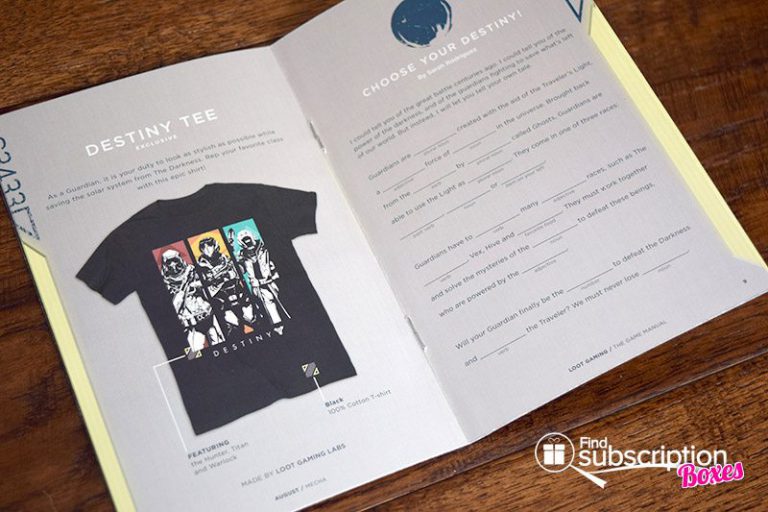 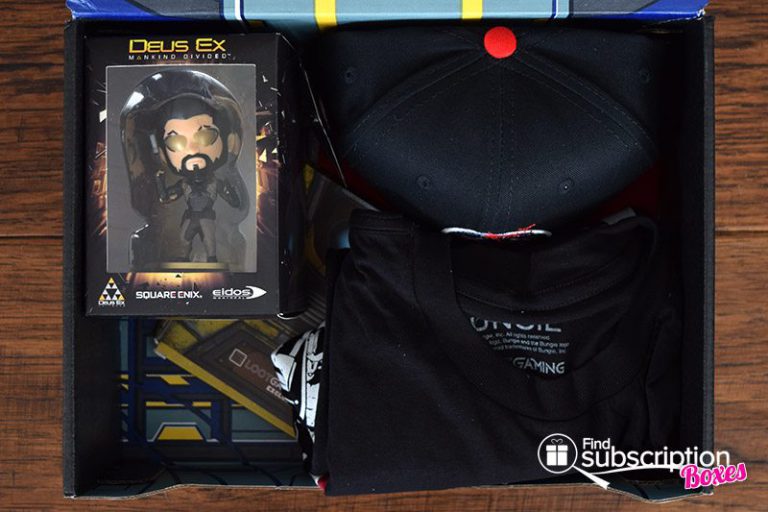 There were 6 video game items in the August MECHA Loot Gaming subscription box.

This was our first Loot Gaming crate and were excited to see the great variety of video games represented in their August MECHA crate. This month’s box had two fashionable gamer items. The black cotton t-shirt has a colorful design for each of the 1st person shooter’s character classes. The next wearable, the Lawbreakers hat, has a red snap closure and embroidered “Lawbreakers” logo on the back. The front has a dead sad face patch.

An augmented version of Adam Jensen returns to Deus Ex: Mankind Divided. Standing 3.5″ tall, this exclusive figure has a gold base and is detailed with his scar, sunglasses, gun and arm sword.

Quickly level up any bag, jacket or shirt with the Bioshock iron-on patch. This Big Daddy (or Protector) Patch has glow-in-the-dark thread that make Big Daddy’s eyes glow.

The Borderlands Claptrap robot takes usefulness to another level with this heavy metal bottle opener. Two magnets on the back allow you to easily keep this robot bottle opener nearby so it won’t get lonely.

What was your favorite geek collectible from the August MECHA Loot Gaming crate?