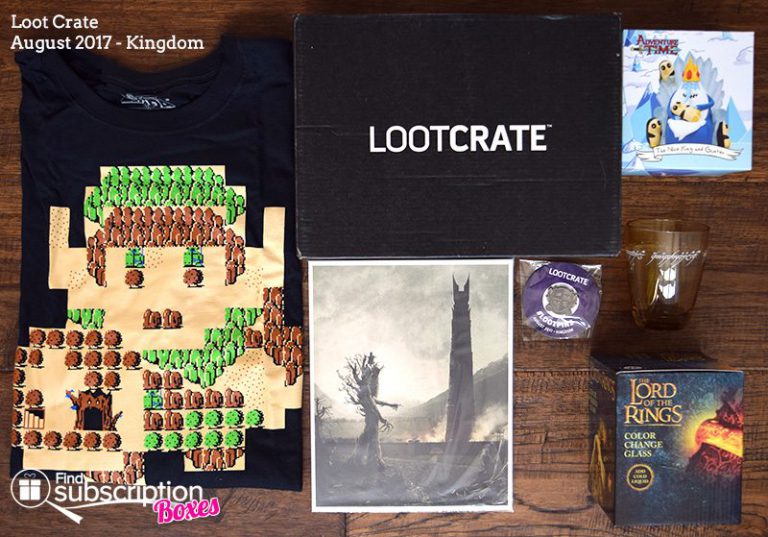 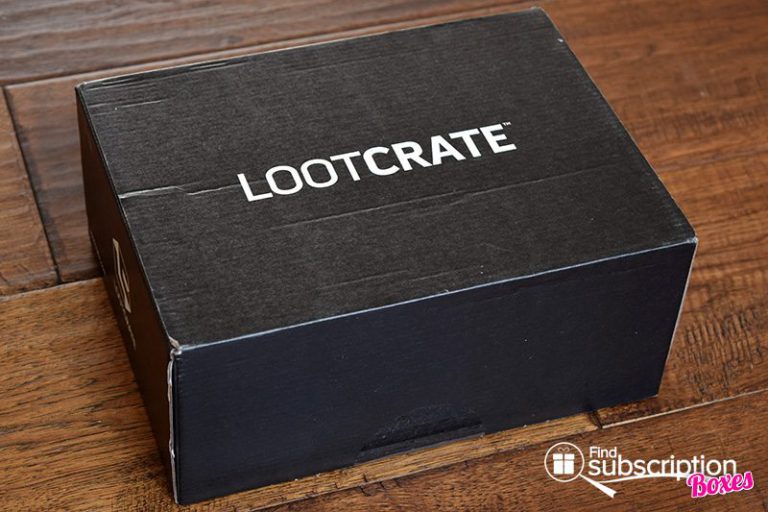 Each Loot Crate box includes a colorful brochure that details that month’s themes and collectibles.

Here’s the first look inside our Kingdom August Loot Crate. 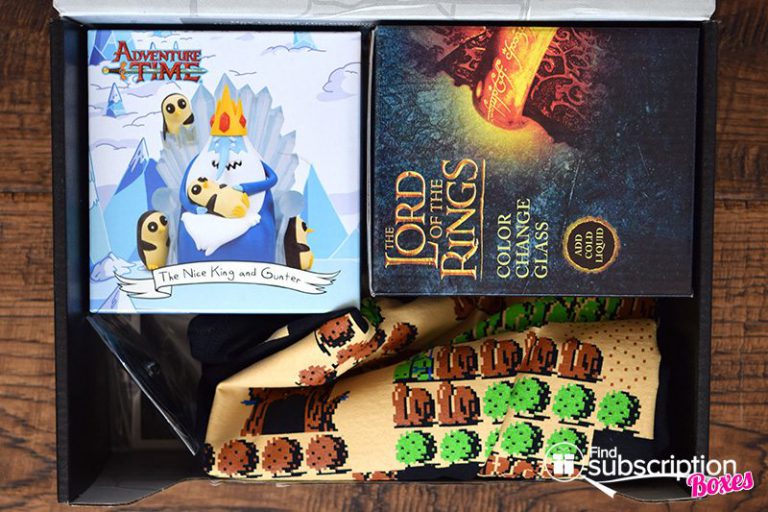 There were 5 geek and gamer collectibles in the August Kingdom Loot Crate.

The August 2017 Loot Crate exclusive t-shirt features a fun Legend of Zelda design that retro video game fans will love. This pixelated version of Link is recreated with different parts of the original Legend of Zelda game map.

There were two LOTR collectibles in the August Kingdom Loot Crate. First is the exclusive Lord of the Rings art print. This frameable art work shows Merry, Pippin, and Treebeard after they’ve rallied the Ents to fight backing against Saruman. Next is our favorite collectible for the August Loot Crate – the color changing Lord of the Rings glass. This 9.5 oz glass has the Tengwar Elvish runes printed around the glass. The runes change colors as you pour a cold drink into the glass.

We haven’t called a lot of geek vinyl figures “adorable” but the August Adventure Time “Nice King” & Gunter Figure is kind-of adorable! We can understand why the Ice King King’s heart might melt a little as he’s rubbing the belly of Gunter, his penguin personal servant. This colorful vinyl figure shows the Ice King sitting on a throne of ice, surrounded by his penguin “guards.”

Which was your favorite August Loot Crate Kingdom crate collectible?

Make sure you check out the Loot Crate September 2017 box spoilers for a sneak peek into the next geek and gamer box!