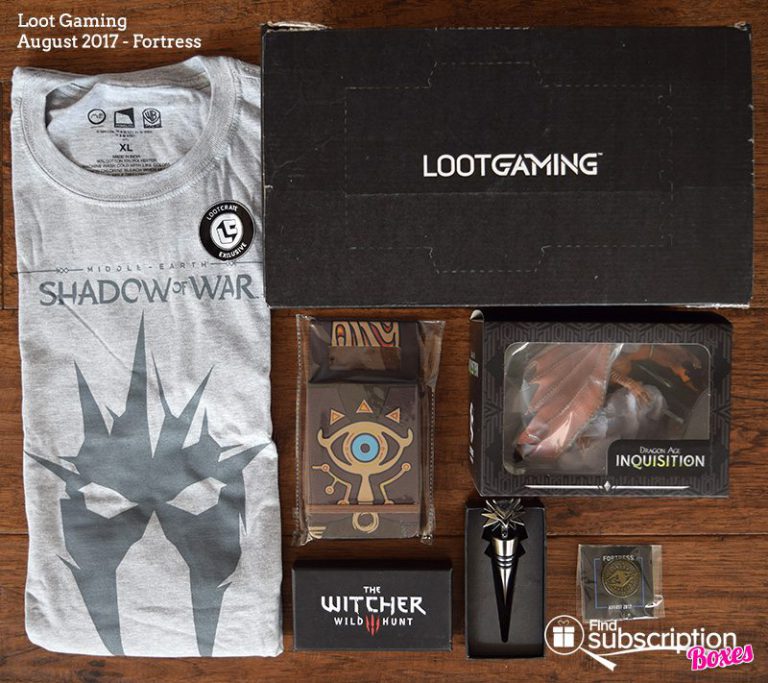 Loot Crate includes a colorful, two-sided poster that represents the monthly theme. Pictures and descriptions of all of the video game collectibles in the box are on the back of the poster. 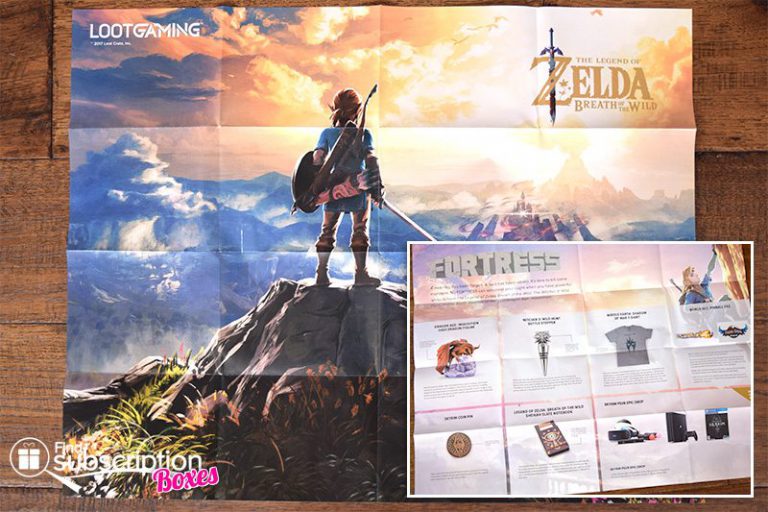 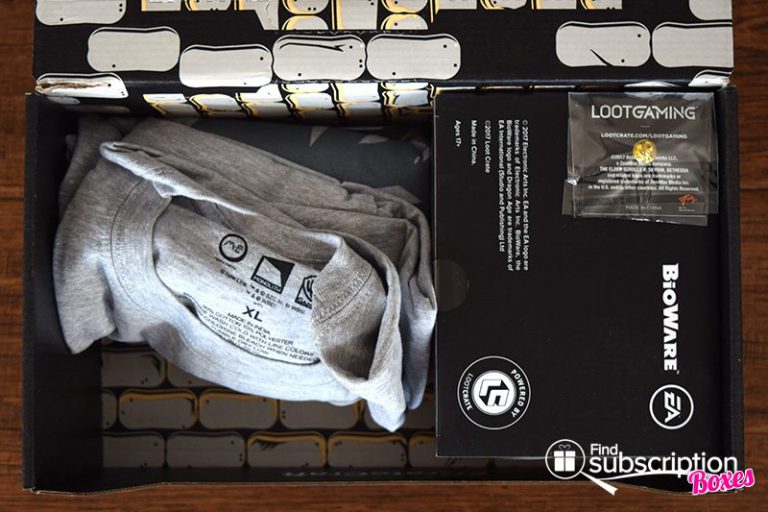 There were 5 video game collectibles in the August Fortress Loot Gaming subscription box.

The August 2017 Fortress Loot Gaming crate delivered a great variety of collectibles from a wide mix of video games. Our favorite video game collectible for the month is the ridonculous Dragon Age: Inquisition dragon vinyl figure. This dragon is incredibly detailed and looks quite ferocious perched on the rock. We generally keep our figures mint in the box, so we found this great video that shows all the details of the figure:

LOTR fans will instantly recognize the Nazgul helm featured in this month’s exclusive t-shirt. The Nazgul were the kings from the race of Men who, through the power of their Rings, became corrupted and servants of Sauron.

Next up is the Witcher 3 Bottle Stopper. This heavy metal stopper has a detailed wolf head to represent the School of the Wolf. Use it to cork or stopper your opened wine bottle or other bottled beverage.

Finally, the Zelda notebook is a geek chic way to jot down important notes or reminders. The pages are blank and the notebook has an elastic band you can use to help keep the notebook closed or to mark your place.

What was your favorite geek item from the August Fortress Loot Gaming crate?

Make sure you check out our September Loot Gaming spoilers for a sneak peek into this month’s gamer crate!