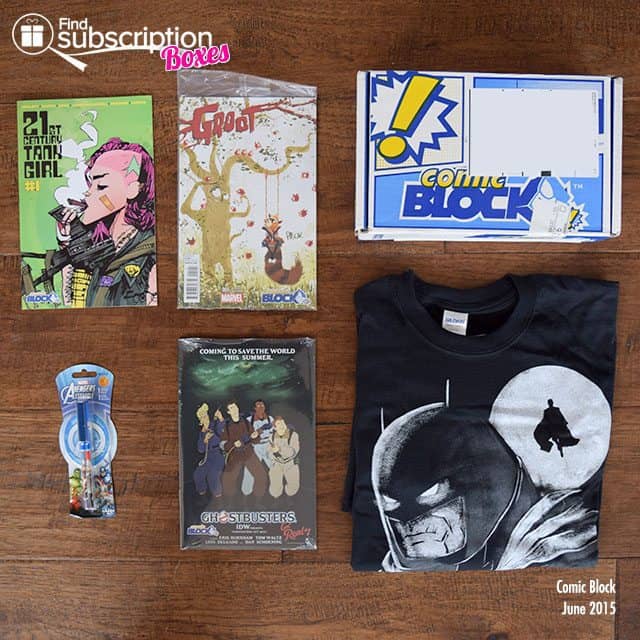 The Comic Block subscription box for comic book fans delivers a monthly comic box filled with $30+ worth of comic-related items every month, from Marvel to DC Comics to IDW and more. Brought to you by Nerd Block, each Comic Block box includes 3 comics (or graphic novels), an exclusive T-shirt, and a comic collectible. With today’s Comic Block review, we’re unboxing and taking a closer look at the June 2015 Comic Block comic book subscription box. 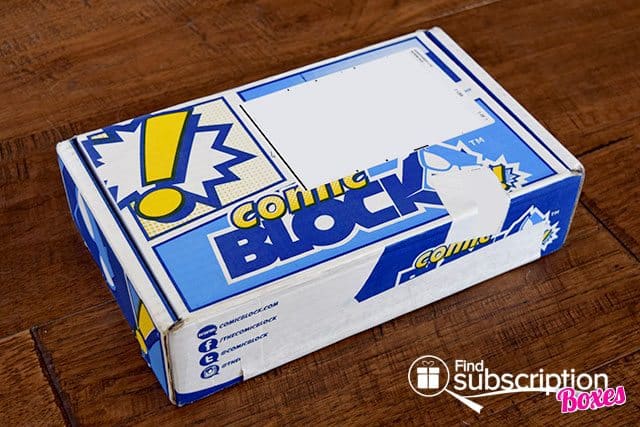 Each Comic Block includes a product card that describes the comic books and comic items in that month’s box. 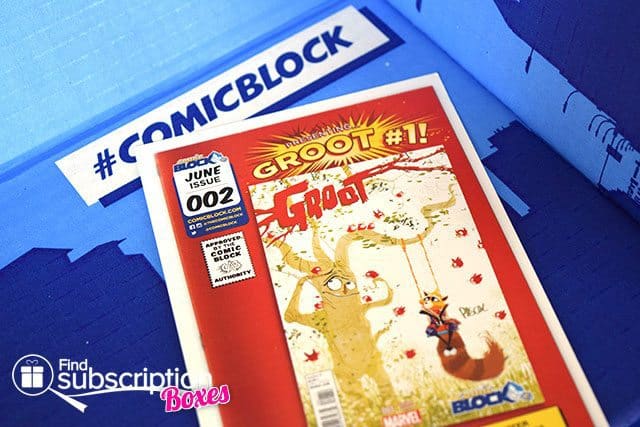 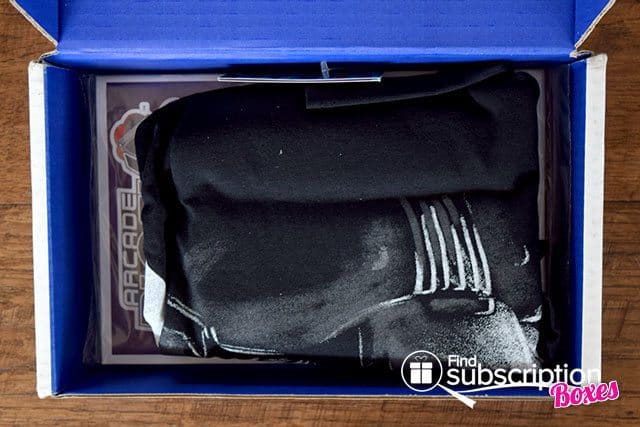 Inside the Comic Block June 2015 Box

There were 5 comic themed items in our June Comic Block comic subscription box.

Batman and Superman meet again on this exclusive ShirtPunch t-shirt.

This 21st century take on Tank Girl bring you a whole new take on the foul-mouthed, gun-toting, swill-swigging hellion!

Join Groot and Rocket and they adventure through space to visit Earth.

Take notes of all your epic adventures with this Marvel pen and notepad.

When a confrontation with the elder God Proteus goes awry, Peter, Ray, Winston and Egon will meet… THE REAL GHOSTBUSTERS!

Once again Comic Block has delivered another great subscription box for comic book fans comic lovers. The Comic Block June 2015 box featured 4 exclusive comic books and collectibles, including 3 exclusive variant cover comics (and all Issue #1!). The BVS T-Shirt is a great exclusive comic t-shirt that is perfect for the upcoming Batman v Superman: Dawn of Justice movie. The Marvel pen and notepad are perfect for taking notes from drab to heroic.

What was your favorite June Comic Block item?

Get a sneak peek into the Comic Block July 2015 comic box with our first July Comic Block spoiler. Hint: Beam me up, Scotty!

For a limited time, use Comic Block promo code SAVE15 to save 15% off monthly subscriptions to Comic Block. Your first block is just $17.89 shipped after savings. Sign-up for multi-month or multi-block subscriptions for additional savings!