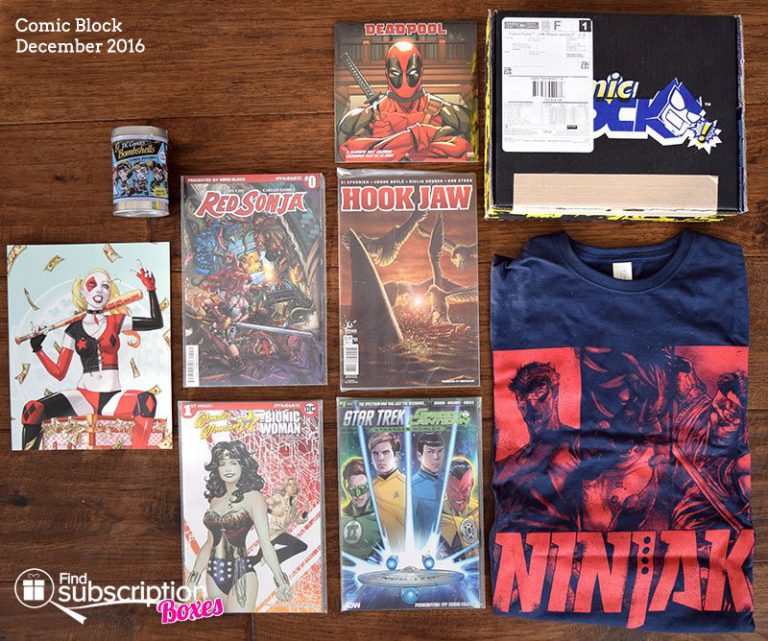 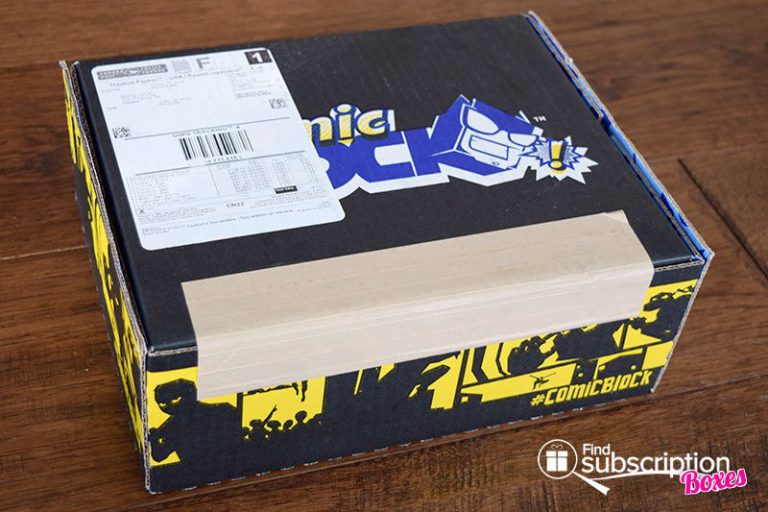 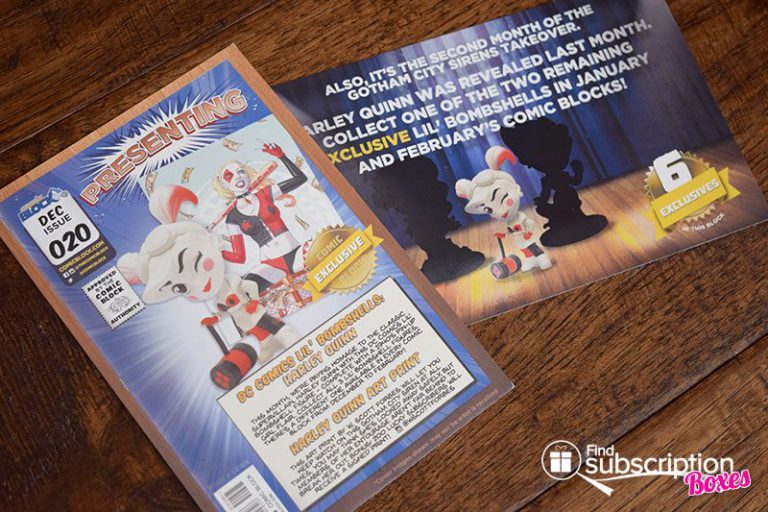 Here’s a first look inside our December 2016 Comic Block. 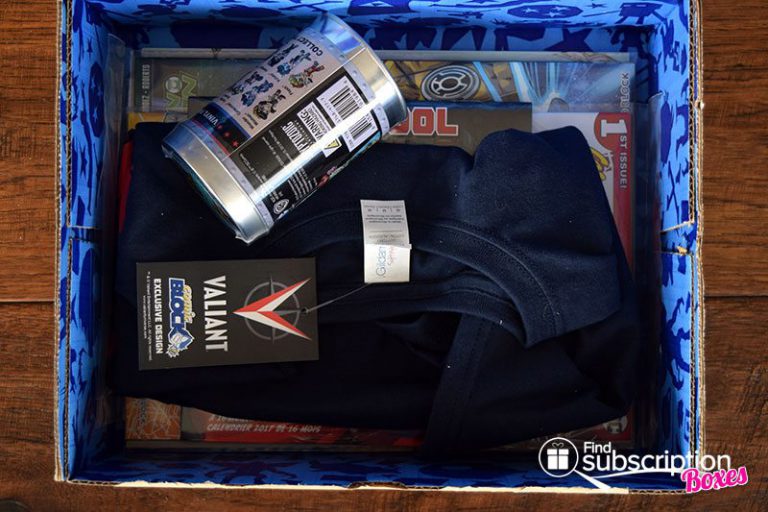 Inside the December 2016 Comic Block

There were 8 comic book collectibles in Comic Block’s December box.

Bonus: This month there was a $10 credit to the Nerd Block Shop.

Back in January, we received Red Sonja Issue #1, so the prequel, Issue #0 is a nice bonus item. In the prequel, Red Sonja is awakened from a magical sleep by demons and must discover where she is and why she is there.

Finally, in Hook Jaw Issue #1 the worlds of a group of marine scientists researching great white sharks, Somali pirates, the US Navy and the CIA cross paths as the shadow of Hookjaw lurks in the waters.

Comic Block head into the New Year with a Deadpool calendar. Each month of this 16 month calendar features different artwork of this rebellious “hero”.

What was your favorite December Comic Block comic book item?