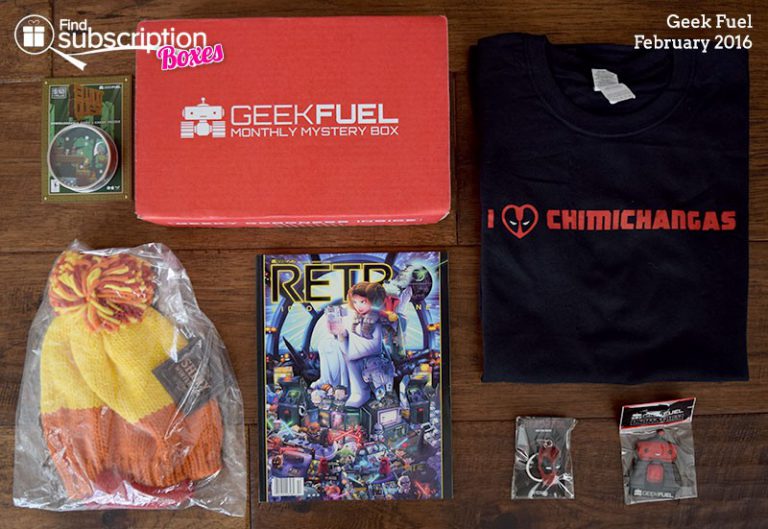 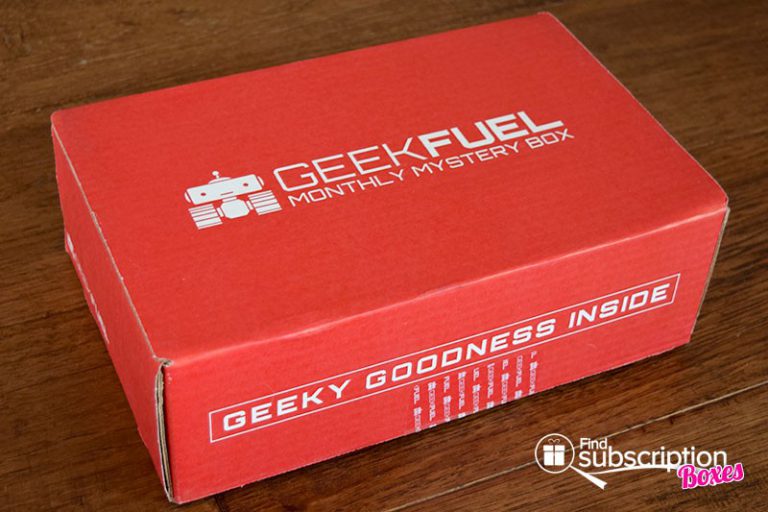 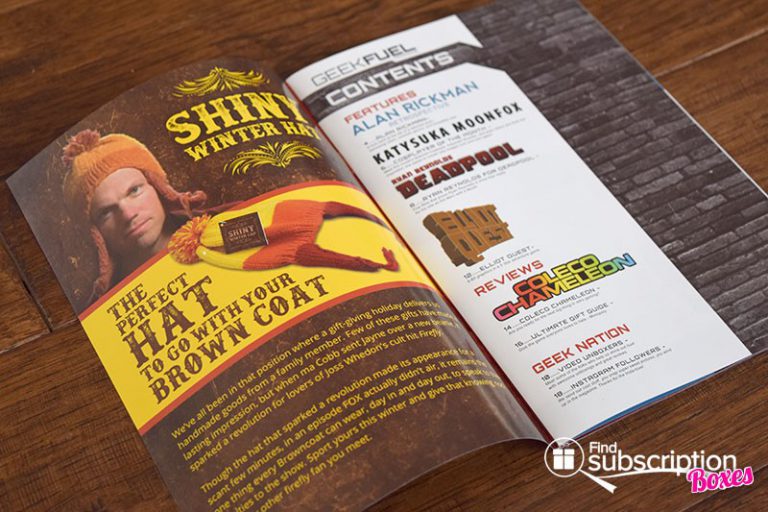 Here’s a first look inside our February Geek Fuel Box.

Inside the February 2016 Geek Fuel Box

There were 6 geek goodies in our Geek Fuel February 2016 geek box.

With the Deadpool t-shirt and Jayne’s cozy Firefly hat, the February Geek Fuel box delivered some stylish geek fashion items. The Elliot Quest puzzle tin requres a steady hand and we look forward to trying the Elliot Quest game. Video game fans will love the February issue of Retro Magazine, which has a retrospective look at the best and worst Star Wars videogames and quick reads about upcoming games.

What was your favorite Geek Fuel February 2016 geek item?

Get a sneak peek into the Geek Fuel March 2016 box with this first box spoiler!