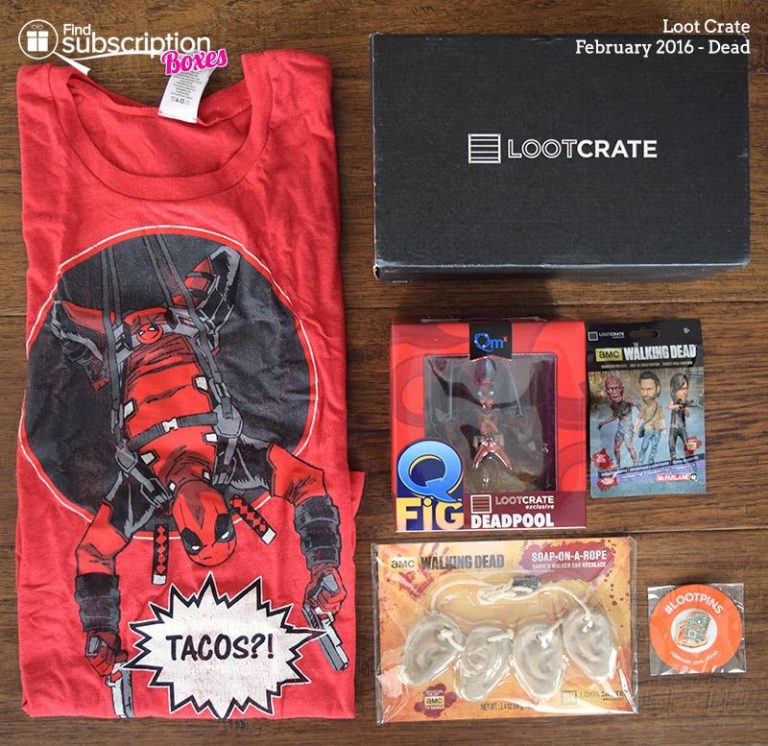 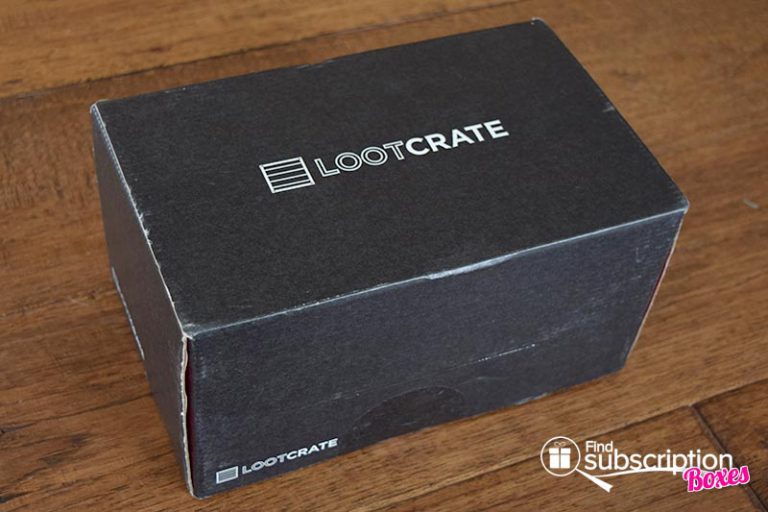 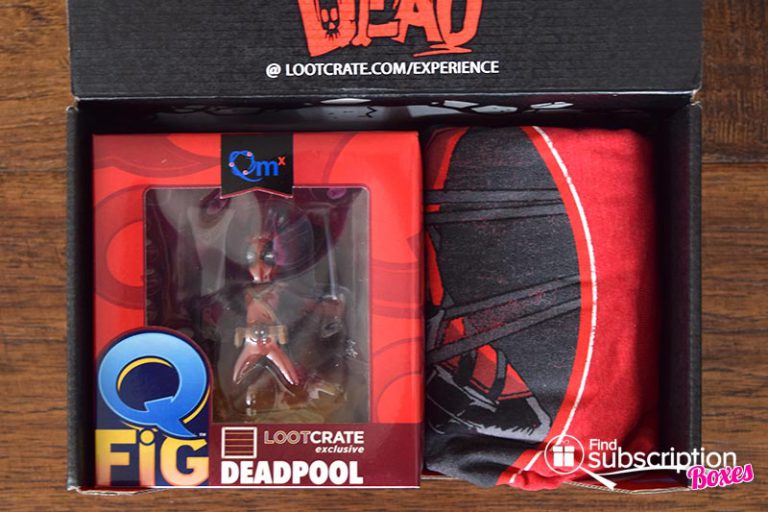 There were 5 geek and gamer collectibles in the February Dead Loot Crate. 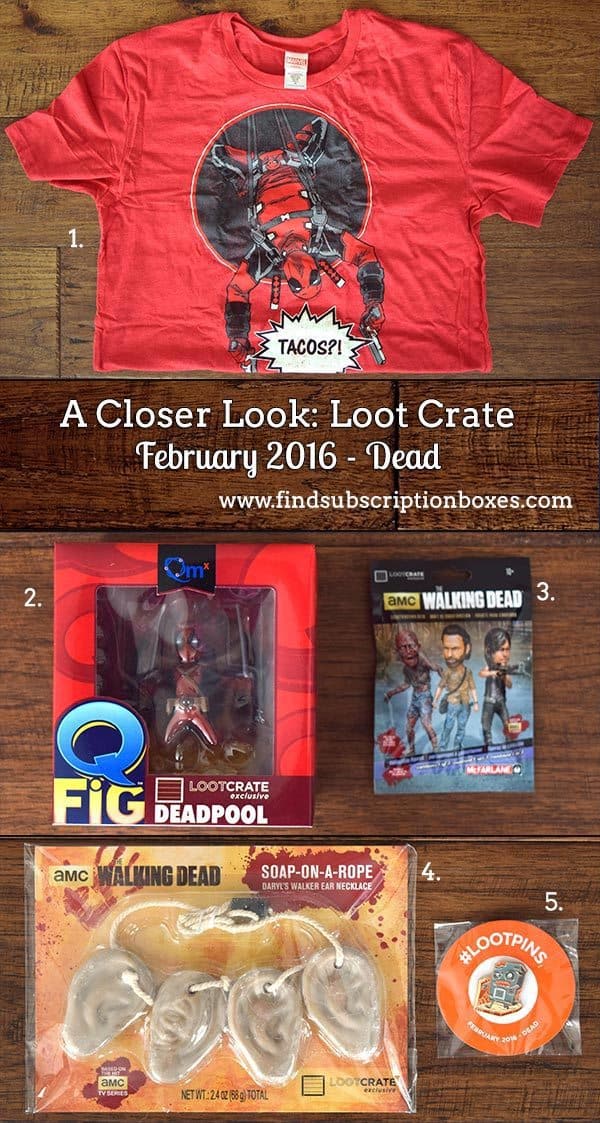 The February 2016 Loot Crate Dead Crate paid homage to two popular “dead” themed franchises. Deadpool and zombie-fans alike will love the exclusive geek collectibles in the February Loot Crate Dead Crate. The Deadpool figure has a unique pose that seems to capture Deadpool’s knack for getting into trouble. The exclusive Deadpool t-shirt captures one way this Marvel character makes his nights even more awesome – TACOS! True The Walking Dead fans will instantly recognized Darryl’s Walker Ear necklace – a gruesome accessory for any bathroom.

What was your favorite February Loot Crate Dead crate item?