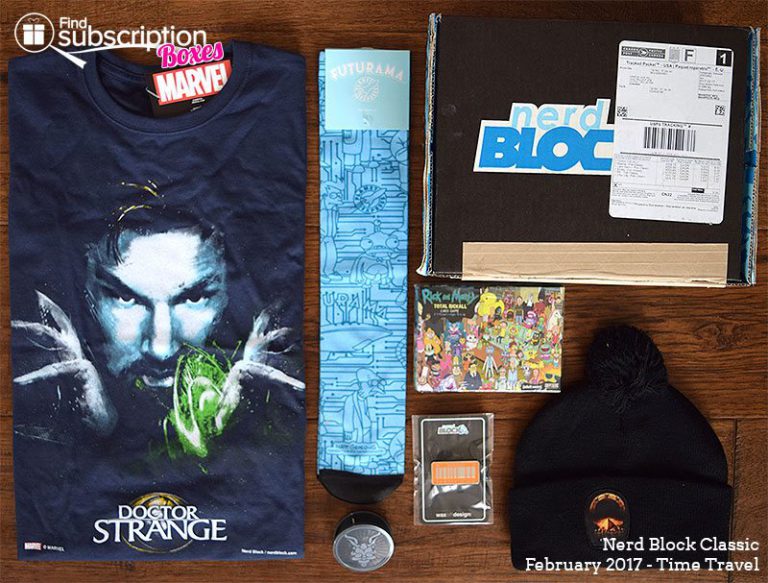 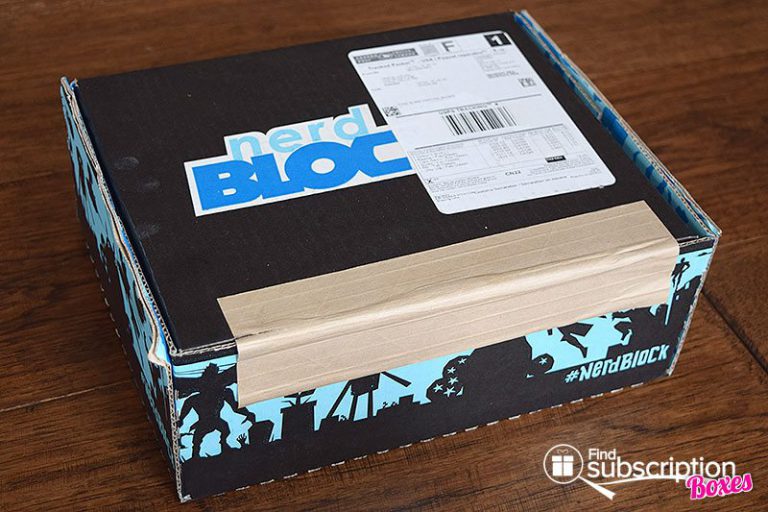 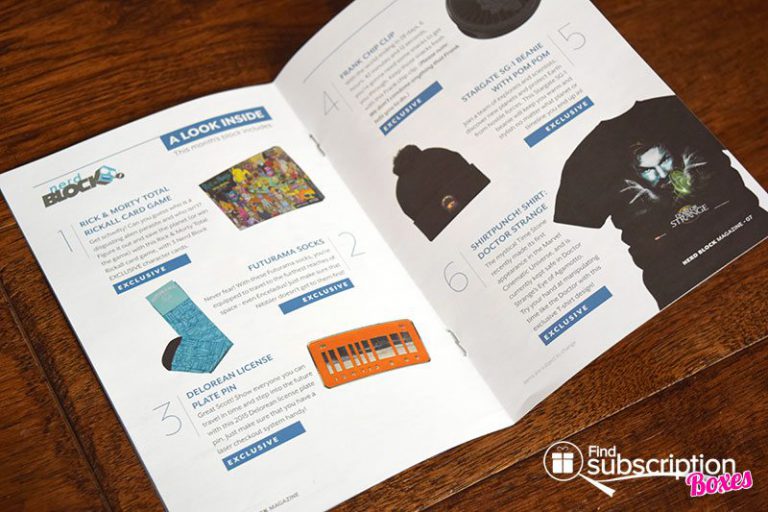 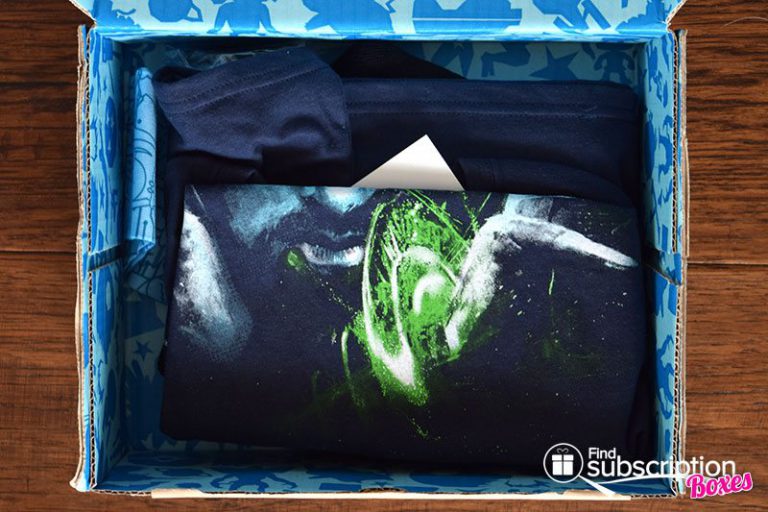 Inside the February 2017 Nerd Block Classic

There were 6 collectibles in our February Nerd Block Classic monthly nerd box.

February’s Time Travel Nerd Block Classic was filled with exclusive nerd collectibles from some of our favorite Time Travelling franchises. Doctor Strange makes an appearance in the box with this month’s EXCLUSIVE Doctor Strange t-shirt. The design features Doctor Strange activating the Eye of Agamotto.

There were two other nerd apparel items in February’s Classic Block. The exclusive Futurama socks have a circuit-like design and features your favorite Futurama Characters. Next is the exclusive Stargate SG-1 Beanie. This cozy cap has a small patch showing a team of explorers in front of a pyramid. A puffy black pom pom is on top of the beanie.

If you enjoy card games, you’ll get a kick out of the Rick & Morty Total Rickall card game. Based of the episode with the same name, in this game you need to use your deductive skills to determine which characters are real and which ones are parasites that need to be exterminated. This card game features 3 Nerd Block exclusive character cards.

Even if the world is ending, you can keep your chips fresh with the Frank chip clip. There’s a magnet on the back of the clip so you can stick it on your fridge or metallic surface for storage or to hold notes. Finally, the Delorean pin is a fun Back to the Future collectible that you can use to add nerd style to your jacket or bag.

Which was your favorite collectible from February’s Nerd Block Classic nerd box?