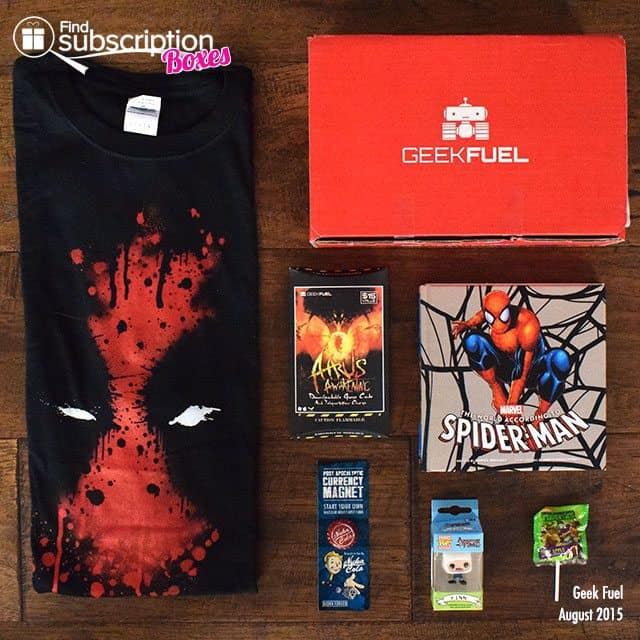 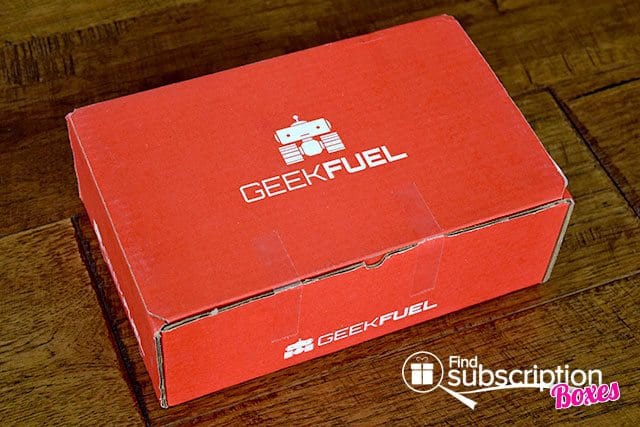 Geek Fuel includes a product card that describes the geek items in that month’s box. There is also a monthly issue of Geek Fuel magazine which features fun geek articles. 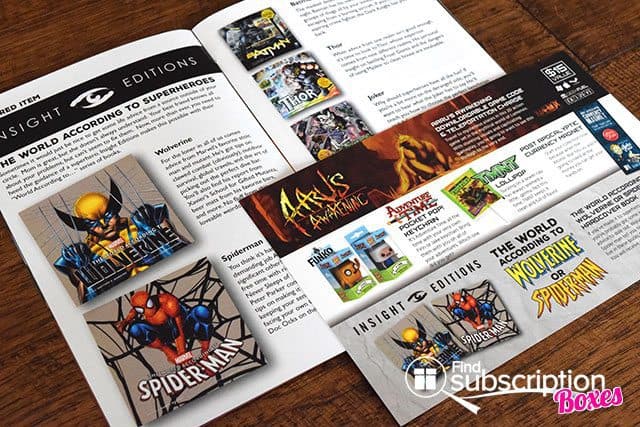 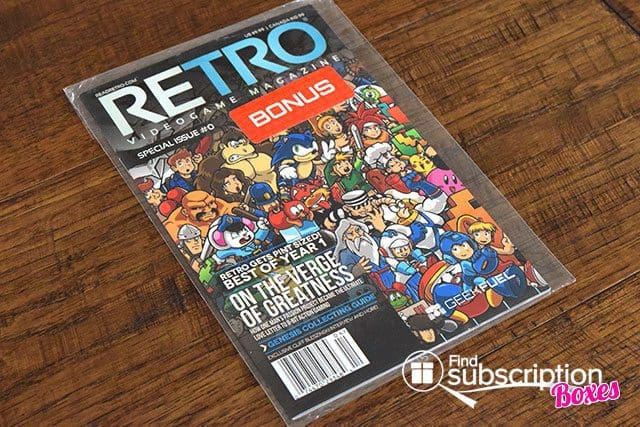 Inside the Geek Fuel August 2015 Box

There were 6 geek items in our August 2015 Geek Fuel box.

Whether you’re catching the next Marvel flick or fighting evil, this Deadpool shirt will always be in style.

2. Insight Editions The World According to Spider-Man Hardcover Book

See the world through Spider-mans eyes through this colorful illustrated book. Geek Fuel subscribers received either Spider-Man or Wolverine.

This 2D action game takes players to the mythical world of Lumenox where they’ll use their  teleporting and charging abilities to defeat evil and restore balance.

Bring Jake or Finn on your next adventure with this Funko Pocket Pop! vinyl keychain.

When you’re looking for something a little sweeter than pizza, this TMNT candy could be the answer.

The Geek Fuel August 2015 geek box was filled with amazing items from a variety of favorite geek franchises. The Spider-Man book provides a fun, unique insight into a popular super hero. We can’t wait to see the puzzles and action promised with Aaru’s Awakening. To quote one of our reviewers, “An awesome book, cool t-shirt, AND a video game? What’s not to love?”

What was your favorite item from the August Geek Fuel geek box?

For a limited time, get a FREE exclusive Issue #0 Retro Magazine with new Geek Fuel subscriptions with our exclusive free gift offer.