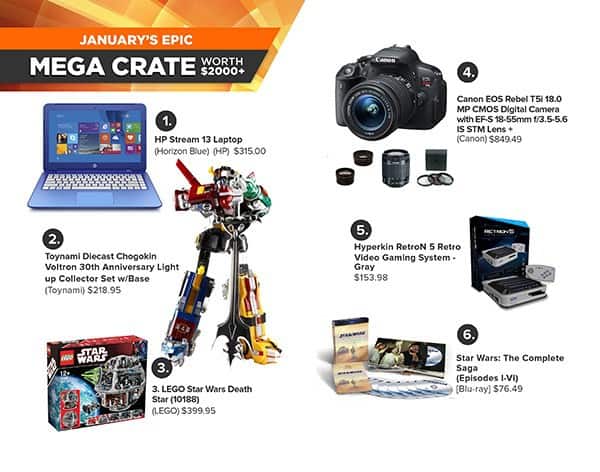 Each month, Loot Crate delivers $40+ worth of geek and gamer gear to your door. The theme of the January 2015 Loot Crate is REWIND!

One Loot Crate subscriber is randomly selected every month to win that month’s Loot Crate Mega Crate. Here are the REWIND-themed epic goodies in the January 2015 Mega Crate worth over $2,000!

January’s Mega Crate captures the theme of REWIND by not only letting you experience the most epic franchises from the past, but also capture memories of today to look back on, in the future!

Which January Loot Crate Mega Crate prize do you want most?