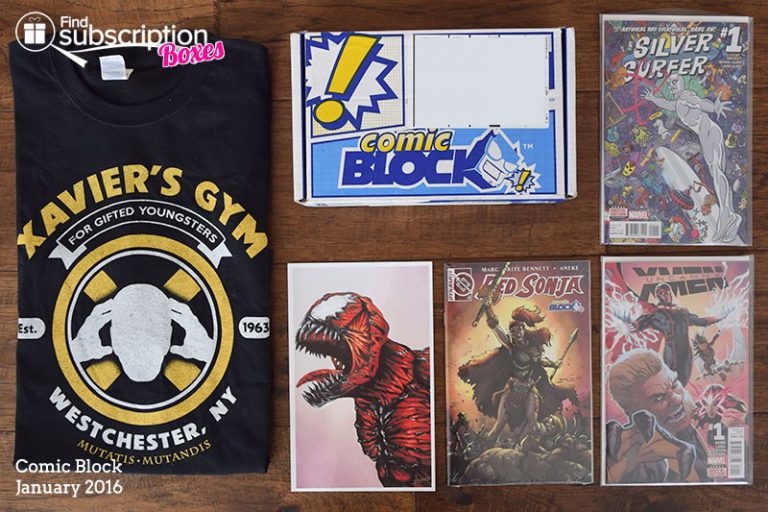 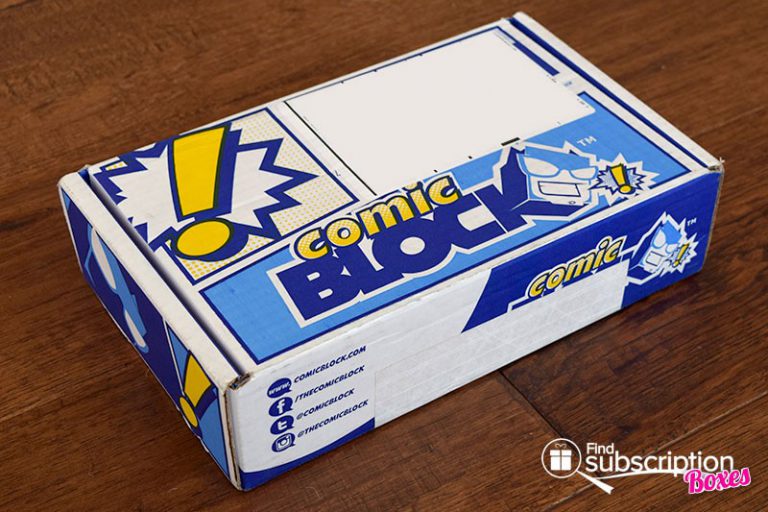 Comic Block includes a product cards that shares the details about that month’s comic collectibles and comic books. 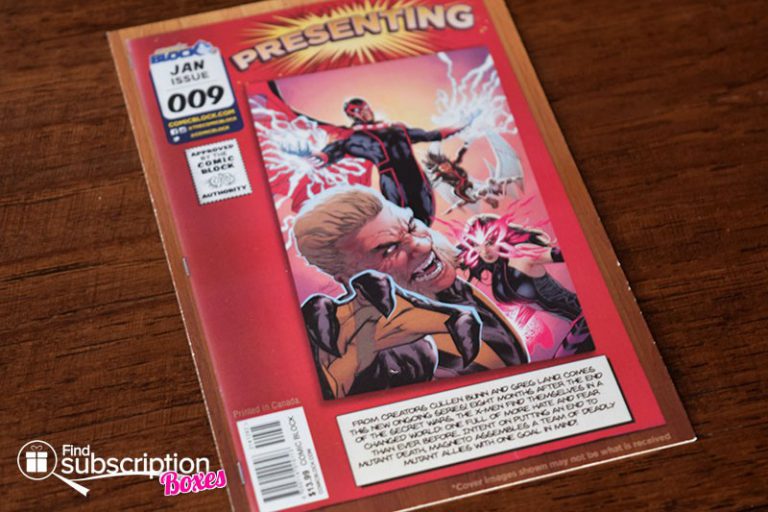 Here’s a first look inside our Comic Block January box. 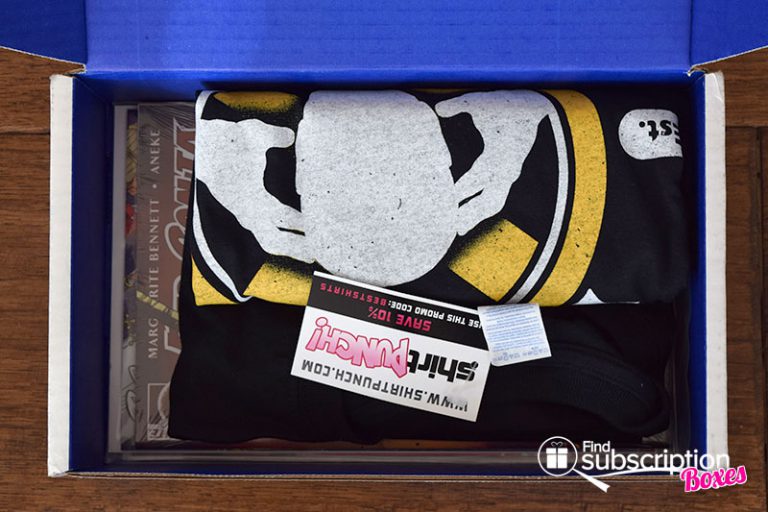 Inside the January 2016 Comic Block Review

There were 5 comic-related items in our January Comic Block.

The January Comic Block delivered another great mix of Issue #1 comics. The Xavier’s Gym t-shirt was by far the most loved geek t-shirts received in a monthly box. Magneto is at it again, doing all he can to protect mutant rights in the #1 issue of X-Men Uncanny. As usual, he doesn’t see that sometimes he causes more harm than good.

What was your favorite Comic Block January comic item?